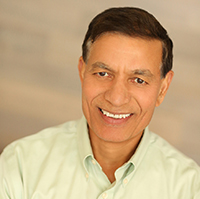 You should be familiar with secure socket layer (SSL) encryption, an important security industry standard designed to protect Internet communication in transit. In the past few years, SSL has been widely deployed by Web services, such as Gmail and Facebook, which previously reserved the encryption standard for its log-in pages. This adoption shows no signs of slowing, as businesses such as Microsoft consider making the switch to SSL in light of MUSCULAR.

However, in the same way that encryption is used to secure the communication of legitimate traffic, malicious actors may also employ encryption in advanced attacks, such as hiden botnet callbacks. Similarly, a naive employee may leak sensitive data through encrypted channels. After all, it only takes two clicks to attach a document to Gmail, yet most DLP solutions cannot prevent this because they lack visibility into SSL traffic. Therefore, it is imperative for enterprise security teams to gain visibility into encrypted traffic in order to detect attacks and prevent data leaks. Web proxies are an effective solution for SSL traffic scanning, but can be very CPU intensive, resulting in slower traffic for organizations that are unable to scale its infrastructure. This challenge is exacerbated with the upcoming transition from 1024-bit encryption to 2048-bit encryption, the later of which may require five times more processing power to inspect than the former.

However, Zscaler designed its global security cloud with ultra-fast proxies, which it makes available to its customers on-demand. And with the advent of 2048-bit encryption, Zscaler has upgraded its infrastructure with hardware acceleration designed to improve SSL processing power at a scale that far outpaces these new demands.

Organizations that still rely on traditional appliance-based security solutions will be challenged to upgrade its hardware to provide the additional processing power required to inspect 2048-bit encryption. This is NOT a simple upgrade because of the added cost of increasing capacity.

These added costs and the complexity of upgrading appliances is yet another reason to move to the cloud. For organizations that have planned ahead and made the necessary investments to upgrade its infrastructure, the transition to SSL 2048-bit encryption should go smoothly. But for those organizations that find themselves challenged by the inadequacy of appliance-based security, we invite you to join the Zscaler Global Security Cloud.

Register for a Zscaler Webinar to learn more about the challenge of 2048-bit SSL inspection: http://www.zscaler.com/are-your-appliance-based-security-solutions-ready-for-2048-bit-ssl-certificates.php