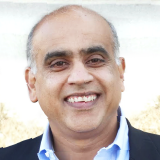 Survey shows what companies expected and what they found out

It’s been six years since Microsoft introduced Office 365, the cloud version of the most widely used productivity software suite. In those years, Office 365 has earned its place as the fastest-growing cloud-delivered application suite, with more than 85 million users today, according to Gartner. Even so, it’s just getting started. The use of Office 365 represents a fraction — just seven percent — of the Office software in use worldwide, and there is tremendous growth on the horizon. That means there is still plenty of room for enterprises of all sizes to capitalize on the agility benefits of Office 365, but getting the deployment right is the key to success.

We know that Office 365 brings about considerable changes in IT.  We’ve helped more than 700 customers with their deployments and, in the course of this work, we have developed best practices and solutions that enable customers to get up and running quickly and successfully.

But, we wanted to talk to other enterprises — outside the Zscaler universe — to understand their deployment experiences. We teamed up with market research firm TechValidate to do an independent survey of enterprises that had deployed Office 365 or were in the process of doing so. The results have been illuminating.

We surveyed 205 enterprise IT decision makers from a variety of industries in North America. More than 60 percent of them were managers of IT, 25 percent were at the director or VP level, and 14 percent were C-level. In our questions, we hoped to learn about their experiences in three broad categories:

Preparation for Office 365 was “old school” and fell short

A majority of companies surveyed used traditional approaches to prepare for the increased network demands of Office 365. Many increased bandwidth capacity of their existing hub-and-spoke network by over 50 percent in preparation for deployment, and an even greater majority (65 percent) upgraded their data center firewall appliances.  And while most companies estimated big budget increases in network expenditures, almost 50 percent had cost overruns after deployment.

Fewer than one in three companies implemented a network architecture involving local breakouts to the Internet from branch offices.

Seventy percent of the respondents are now looking to do something different to their existing network architecture and deploy a direct-to-Internet connection to improve performance and user experience.

In addition, 85 percent reported problems with bandwidth control and traffic shaping, and are now looking for solutions to better control network traffic so that business applications like Office 365 are not starved by consumer traffic to Facebook, gaming sites, and streaming media.

The full report provides a lot more data in each of these areas, and it offers key recommendations based on the real-world experiences of over 700 enterprises that have been through the transition to Office 365.

If you are thinking about embarking on such a journey, here are some additional resources to help you plan.  And of course you can contact us to find out how we can help you.

If you have gone through an Office 365 deployment or are in the process, please share some of your experience with our readers here.