Summer’s over, students are back in school, and most of us are thinking longingly about the lazy days left behind now that we’re past Labor Day. From a business standpoint, summer is not the best time to get maximum productivity from employees and the business – we’re usually focused on barbecue planning and beach trips, not on finishing those big slide decks.

In looking at data in the Zscaler cloud for network transaction trends, it’s clear that with many people on vacation or working shorter days, productivity dips significantly. However, the dips in productivity depend on where you are in the world and the cultural views on summer vacation. 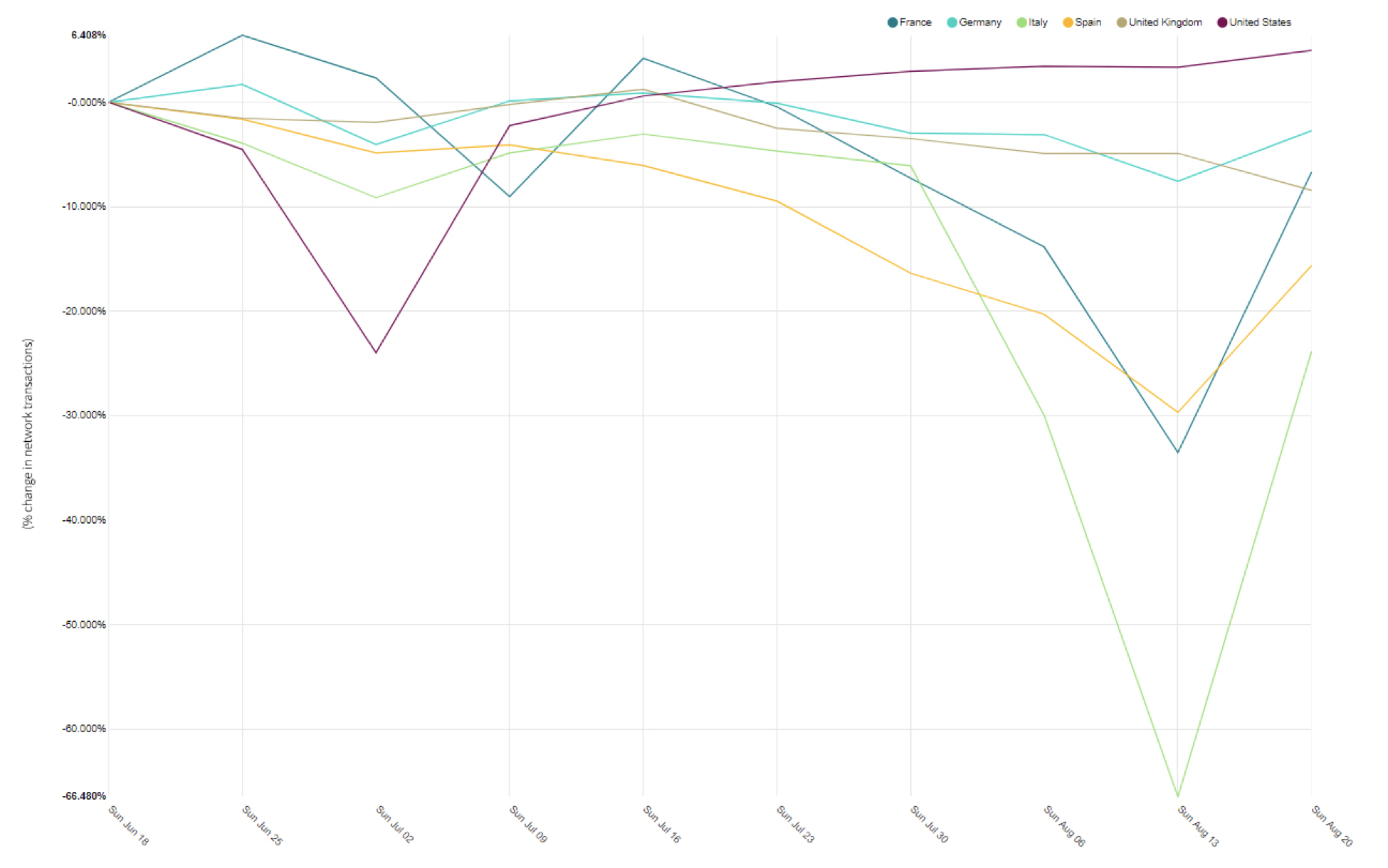 In looking at productivity levels in the United States (based on the number of network transactions), we can see that Americans tend to be the most productive, even when summer activities beckon. Americans’ big nosedive in summer productivity came right around July 4, where just about everyone is celebrating the patriotic holiday. However, right after July 4, Americans went back to work, and productivity shot back up to normal levels.

In Italy, Spain, and France – countries where long summer breaks are traditional – we see a gradual decline in productivity after July 30, dipping to a low point in mid-August. No surprise, since in these countries, August is the month where businesses shut down and people escape the cities’ heat and humidity. In late July and early August, Italy showed a whopping 67 percent drop in productivity.

In Germany and the United Kingdom, summer productivity doesn’t fluctuate nearly as dramatically. Productivity started to slide gently only at the beginning of August, without the steep drops seen elsewhere in Europe.

Now that we’re well into September, presumably productivity will remain steady – at least until the holiday season starts in a few months.

Cybersecurity, Governance, and the Implications of Oversight: How your Board of Directors Could be at Risk

Why Bet Your Business on Zero Trust Security?