While many of us were recovering from turkey dinner or were heading out to brave Black Friday crowds, a lot of people were working…or were they?
The traffic we see on the Zscaler cloud is entirely from business users accessing the Internet from a corporate domain. We analyzed the traffic we saw in the month of November to identify any trends that may have developed at the intersection of business and ecommerce.
We looked at the data in three key areas: the total volume of traffic across our network, the number of shopping-related transactions* on our network, and the percentage of total traffic to shopping websites. As we look at the statistics together, we get a peek into what’s happening — at work — so far this holiday shopping season.
First, we saw that the Thanksgiving holiday has a real impact on overall global business traffic. Taking a look at the first graph in Figure 1, it’s easy to see that the overall traffic from the Wednesday before Thanksgiving through Black Friday was down due to the holiday.
Second, we noticed the amount of shopping-related traffic overall, and that shopping accounted for between eight and 10 percent of traffic on any given day during the month. While you might expect the number of visits to shopping sites to jump over the holiday, the fact is that the total number of visits fell slightly on Thanksgiving, but returned pretty quickly to largely typical levels on Black Friday.

Third, while our network showed that people were shopping in their typical numbers on Black Friday, there’s one thing they definitely weren’t doing as much of: working. As you can see from the third graph in Figure 1 — which shows shopping-related traffic as a percentage of overall volume — on Black Friday, shopping traffic accounted for 16 percent of overall traffic. So, if people were at work on Friday, about one in six of them was shopping. ​
Fourth, on Cyber Monday, shopping traffic spiked, but the percentage of overall transactions  dropped, indicating that we were returning to a normal work pattern for the time being.
Finally, we decided to look at where people were shopping. It probably won’t surprise many to know that Amazon was the clear winner in the holiday shopping weekend. Figure 2 shows that  Amazon had nearly fifty percent more traffic from the corporate users on our network as its nearest competitor, eBay. A distant third was Kohl’s and, as readers can see, Walmart received one-tenth the traffic of the Seattle juggernaut.
The whole story of the holiday shopping season is far from told, but these early chapters seem to be telling us a story of Internet titans winning over the online shopper, at least at work. 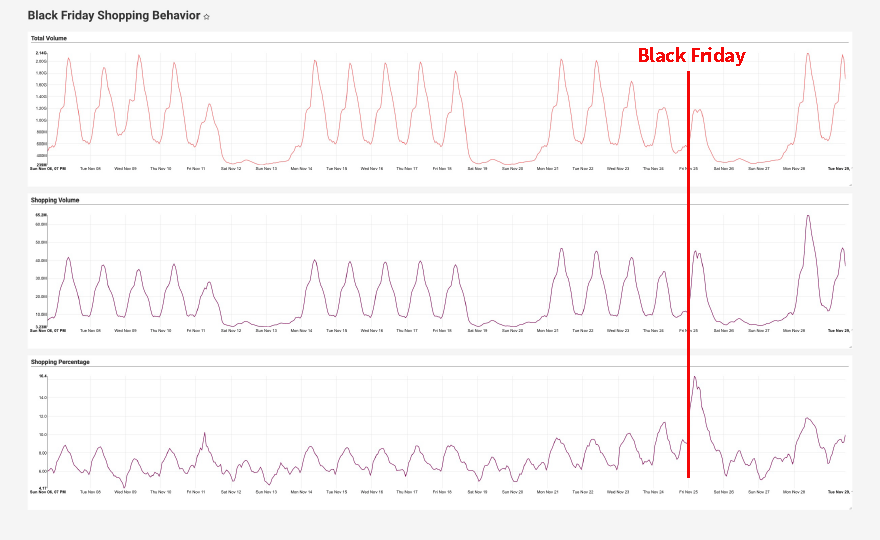 Figure 1. These graphs chart the traffic activity during the month of November, showing the total volume of traffic throughout the month, the amount of that traffic heading to shopping sites, and the percentage of the overall traffic that was shopping related. While the chart shows that overall traffic volume was down on the 25th, the percentage of shopping-related traffic on that day was up, topping 16 percent. 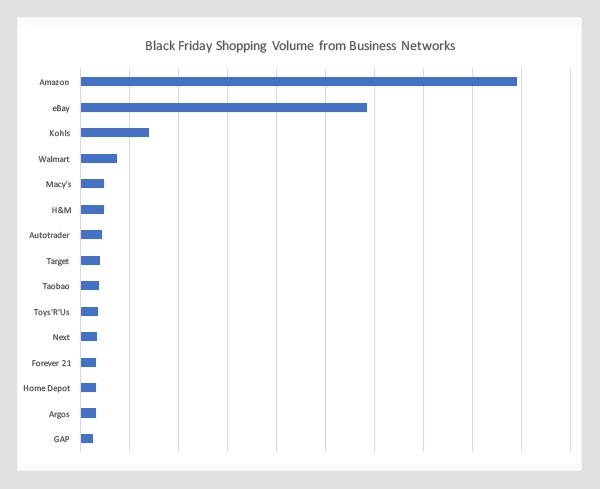 Figure 2. This graph shows the most popular shopping sites visited on Black Friday. There were 793 million Internet transactions* on the Amazon site from users in the Zscaler cloud.

* In this case, “transactions” refers to the process by which URLs are exchanged, allowing traffic to move back and forth across the network; it is not necessarily an e-commerce purchase.