The real meaning of the cloud in 2018 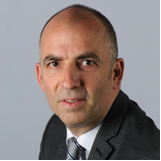 The real meaning of the cloud in 2018

Once primarily a development platform, the cloud has become an accelerator of business activity. Organisations that are embracing the cloud are experiencing greater agility and speed across business operations and product development.

The great science fiction writer William Gibson stated, “The future is already here; it’s just not very evenly distributed.” The same is true for cloud adoption. In many businesses, there is mature engineering used for the cloud, but the cloud has yet to impact long-standing business processes, product development, and other key areas that could benefit from its capabilities.

So what does the cloud truly mean for organisations in 2018? I believe its most important characteristics involve its reach, scalability, cost advantages, its business enablement, and, of course, its agility. Let’s start with reach.

Reach: Everywhere at any time

Whether we like to admit it or not, almost everyone in the developed world now lives through a mobile device. Those devices serve as gateways — both for companies and applications to reach us, and for us to reach the services we want.

In the past, when a company created a winning, scalable idea, the idea would still often fail, because so much of its success was predicated on figuring out how to reach an audience large enough to make the concept sustainable. Now, due to the reach of the cloud, the proliferation of mobile devices, and the vast array of communication channels, employees can collaborate anywhere and companies can reach customers and highly targeted prospects any time.

So many barriers of the past are now irrelevant. Location is no longer a limitation. Neither, in most cases, are country-based borders. The cloud is simply the easiest and fastest way to reach consumers around the world that has ever existed.

The cloud also empowers businesses because of its ability to scale easily. In the past, businesses had to be deliberate about their growth strategies; they had to plan and buy massive amounts of hardware, well beyond their current need, to support growth predictions. But the cloud can and does support scale, so companies can grow naturally and scale immediately without interruption to operations or performance problems for customer or employee end users.

The cloud has completely reshaped the way companies can budget for growth. The cloud offers cost predictability over time, as companies can gradually increase their investment in the cloud as the business develops. This is a radical shift from the past, when companies had to make huge upfront investments in technology and then hope that they’d be able to recoup it with long-term growth.

The cloud, in many cases, is also more affordable than those extensive hardware commitments companies made when they had to build their own data centers—an undertaking that was as costly as it was time consuming.

To put it succinctly, enterprises using a build-it-yourself approach can no longer compete with the innovation that’s happening in the cloud, nor can they achieve cloud scale. They’d end up with a system that costs more to run and provides fewer capabilities. Far fewer. Cloud technology incorporates the best technology thinking on the planet and it’s counterproductive for companies not to put it to use. It opens up new waves of innovation and frees companies from having to devote their limited resources to creating less-than-ideal architectures.

Agility is the name of the game

The cloud is not simply an improvement to the way business has always run. It truly is a game changer, and of all the attributes it brings to business, the most powerful is agility. Agility speeds business innovation and time to market, while reducing the cost of change.

The cloud’s agility makes possible what in the past would have been nearly insurmountable, leveling the playing field between large enterprises with deep pockets for technology investments and smaller companies with limited resources. The cloud’s powerful service offerings are equally available to all, and no one has to buy the infrastructure.

As companies seek a competitive edge, they should embrace the opportunity to incorporate the cloud’s reach, scalability, accessibility, innovation, and agility into their business operations. That, to me, is what the cloud means in 2018. And it’s only going to become more powerful for business.

Matt Piercy is VP and General Manager of Zscaler EMEA