Following a previous post on a malicious Google News search, we identified additional domains related to this attack, also serving malicious code. The method of infection remains the same by injecting a malicious script, which will redirect victims to one of several malicious domains. You will only be redirected to the malicious domains if certain conditions are met, such as a match on the referrer string in the HTTP header. For most domains, the attack requires that the Referrer be
www.Google.com. Here is what the obfuscated malicious script looks like:

All above mentioned domains are hosted on the same IP address (64.191.81.117).Here is whois information for the IP: 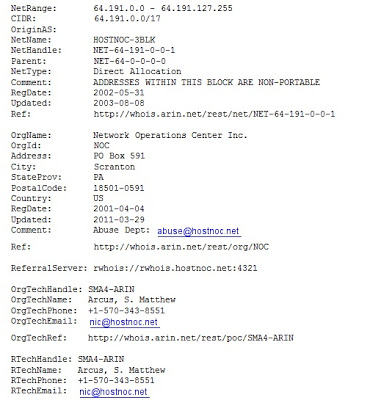