It all started in 2008 with a paper on the first decentralized digital currency, Bitcoin, created by an unknown person or persons referred to as Satoshi Nakamoto. Bitcoin is a peer-to-peer currency based on cryptography that works on distributed ledger technology known as blockchain. In 2009, the first open-source software for Bitcoin was released. The main advantage of Bitcoin is its decentralized nature; however, this also makes it impossible to control or censor by any single authority, making Bitcoin attractive to cybercriminals.

Over time, more than 4,000 similar cryptocurrencies, also known as altcoins, have emerged and, as a result, the use of malware that targets bitcoins or altcoins for financial gain has been on the rise. Two cryptocurrencies that have become popular among cybercriminals due to their privacy features and untraceable nature are Zcash and Monero.

In this blog, ThreatLabZ provides an insight of various cryptominers and stealer malware variants that are taking advantage of rising cryptocurrency prices and popularity. 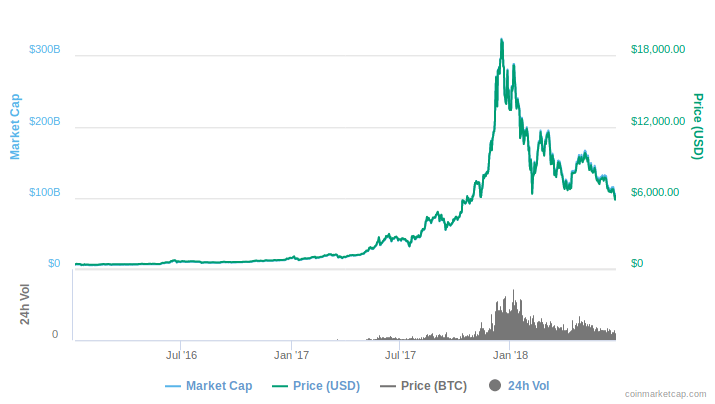 Cryptocurrency miners and stealers have been around for a few years, but have grown in number with the surge in cryptocurrency value. Cybercriminals have taken notice of the increasing worth and have begun adding support for cryptomining as well as stealing capabilities to existing malware families.

We’ve also seen numerous instances of existing malware payload that has been modified to target cryptocurrency.

Fig. 2: Types of crypto-malware and how they work

Cryptominer malware steals CPU cycles from victims’ systems to mine and generate digital currency, such as bitcoins, without users’ knowledge or consent. Cryptomining malware is a direct source of income for cybercriminals, unlike information-stealing malware, which involves the cybercriminal stealing the information and then the added step of having to sell or use the stolen information for indirect financial gain.

It didn’t take much time for cybercriminals to realize that pooled mining is ideal for botnets. While a single system capable of calculating approximately 100 hashes per second is not useful for mining, a botnet of 100,000 similar hosts can produce 10,000,000 hashes per second. Mining on that scale can result, for example, in roughly 69 Monero (XMR) per day, or more than $8,500 USD, based on a hypothetical Monero price of $125.00 USD.

Authors of most crypto-malware, new or old, download original or slightly modified versions of legitimate and open source-mining software rather than writing their own mining malware. In the beginning of our research, we only observed bitcoin miners, but now Monero tops the list of cryptocurrencies mined by malware. We have seen XMrig, CCMiner, XMR-Stak, and others used for Monero mining activities.

Cryptominers have been targeting all types of operating systems, such as Windows, Linux, OSX, and even Android and IoT devices, despite their low processing power. Cybercriminals have also targeted servers by exploiting various vulnerabilities to install cryptominers. 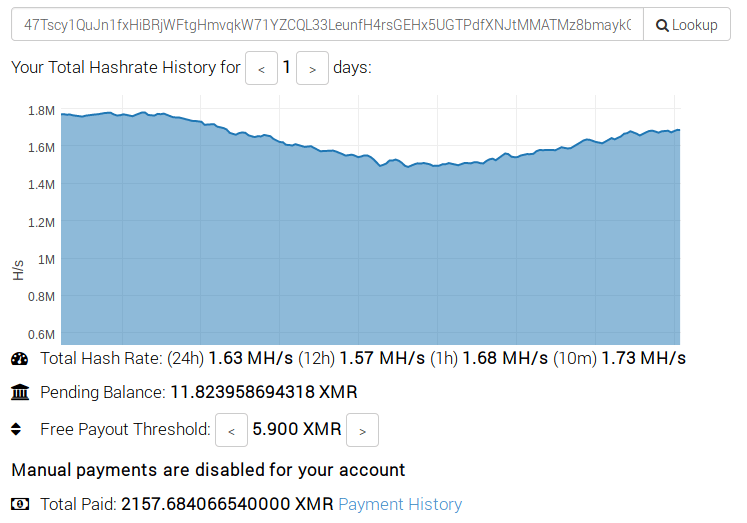 Fig. 3: Mining stats of one the cryptominer botnets that is still active.

Cryptomining trends have been growing dramatically since cryptocurrency prices hit an all time high in late 2017. In fact, according to ThreatLabZ analysis, cryptomining has outgrown ransomware to become one of the top threats in 2018.

Cryptocurrencies such as bitcoins are not stored in wallets as some people might think. Bitcoins are stored in blockchain which is distributed via a public ledger. Cryptocurrencies work on the concept of public key cryptography, where a public key is the wallet address used to receive money, while a private key is kept secret in wallet files and is required to spend money. So, in simple terms, wallets only store credentials to access or spend money stored in blockchain and owned by the user.

Some malicious actors prefer to steal cryptocurrencies already owned by a victim as opposed to mining new coins on a victim’s system; it can take a long time to mine a fair amount of value, depending on the system’s speed.

Wallet stealers have been around for almost as long as cryptominers. In fact, the first bitcoin wallet stealer was documented just three months after the first cryptominer. Over time, some very simple malware emerged whose only function was to steal wallet.dat files, and complex botnets stealing wallet.dat files began to emerge. Some generic and popular infostealer malware variants, like Pony and Azorult, also have the capability to steal cryptocurrency wallets and passwords amongst their long lists of tools.

Cybercriminals always come up with innovative ways to profit. Clipboard hijacking for replacing crypto-addresses is one of their innovative and subtle methods. Cryptocurrency wallet addresses are cryptographically generated, random-looking sequences of alphanumeric characters. They are not easy to remember, and that works to the advantage of bad actors.  Almost all cryptocurrency owners copy and paste their wallet address for making transactions; if an address is changed dynamically by malware, there is a good chance the victim won’t notice and will perform a transaction that profits the attacker’s account. This technique seems basic, but it’s effective in the case of cryptocurrencies.

In April 2014, a Reddit user posted about the first clipboard hijacker malware, which was a Chrome extension posing as the Dogecoin ticker extension. As a result of that hijacker, the user lost one bitcoin, which would have been worth in excess of $18,000 USD at peak values. Over the years, many clipboard hijacker variants have emerged. Some just replace a bitcoin address with one hardcoded address, while others can replace a bitcoin address with a similar-looking address from as many as 10,000 embedded addresses. Still others ask for a similar address from C&C to further conceal their operation. Some target only one currency, while others target more than 13 currencies.

As with miners and wallet stealers, there is some standalone clipboard hijacker malware in the news, such as ComboJack and CryptoShuffler, and there is multipurpose malware also capable of clipboard hijacking, such as Evrial and NjRAT Lime, which we recently blogged about. A variant of Phorpiex, an old and popular worm, was spotted with clipboard hijacking capability instead of the spamming functionality for which it is known. Technical details given below.

There have also been some malware variants that did not try to add new functionality, but used existing features, such as keylogging, web injects, and overlay attacks to steal cryptocurrencies. Below are few examples:

These are Android malware variants with the ability to detect the top open window of applications and phish credentials for that app by showing a static or dynamically fetched overlay to the user. Initially developed for targeting banking apps, these are also used to steal cryptocurrencies.

Phorpiex, also known as Trik (SDBot fork), is a decade-old botnet known for its worming and spamming capabilities. It used to spread via Skype, but for some time it has been spread using email spam and removable drives.

It began showing interest in coinminers some time back and has been downloading various coinminers along with other malware on systems infected with Phorpiex. It also downloaded a Monero miner payload with following configuration. 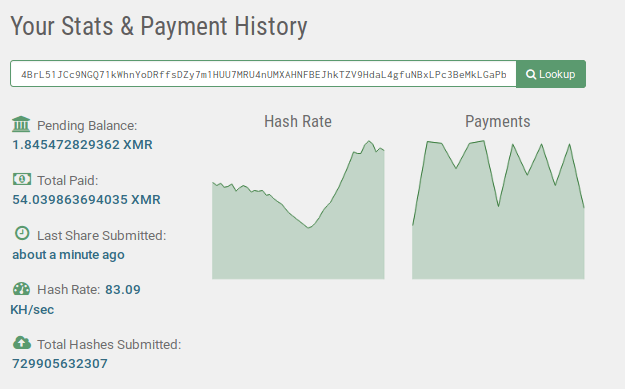 The Monero mining campaign run by Phorpiex operators is still going on and has so far earned approximately $6,797.52 USD.

Recently, we came across Phorpiex v6.0, which did not contain spamming functionality, but contained clipboard hijacking code for targeting multiple cryptocurrencies. 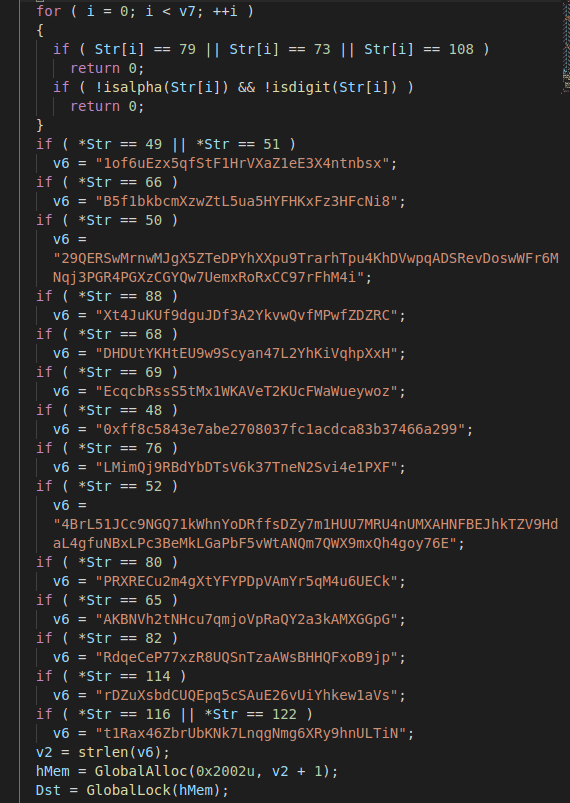 Phorpiex monitors for 14 cryptocurrencies and if the address format for any cryptocurrency is detected, it replaces that with a corresponding address from a hardcoded list.

As shown in the screen below, some people unaware of how their coins were transferred to a malware operator’s account, or that they are infected by malware, are commenting on Etherscan (the Etherium block explorer website at http://etherscan.io) requesting a return of their property. 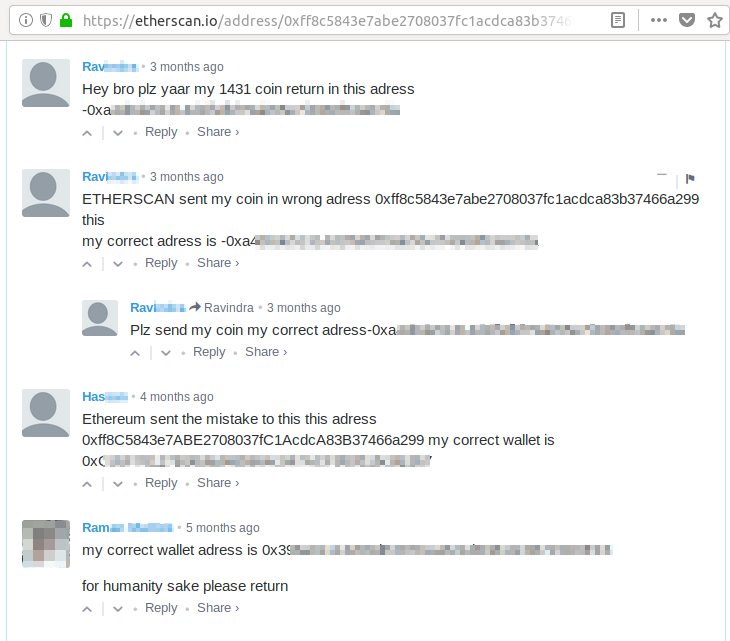 Some time back, we came across two malware strains targeting Brazilian users. We named them “EngineBox” and “Xpctra” based on class names. The malware contains code from multiple open-source projects, which they use to carry out the malicious activity. They also contain multiple references to characters or objects in Lord of the Rings. The following are open-source projects used by loader and final payload.

The main components of these strains are:

Complete technical details are beyond the scope of this blog. We will focus only on EngineBox and Xpctra’s cryptocurrency-related activity.

Along with targeting multiple banking sites for traffic interception using Fiddler, the malware targets some websites for keywords related to a bitcoin wallet, address, etc. If a user is submitting any form with a bitcoin address, the malware captures and validates the bitcoin address, and sends it to its C&C server. If some known bitcoin-related website is detected, then it will replace the bitcoin-receiving address with the attacker’s bitcoin address. For example,  “wallet=”, “address=” and "retirada/form_bitcoin" are few of the strings monitored by this malware in HTTP requests.

The malware sends messages to its C&C server if any bitcoin address is found, and it starts another thread that polls the server every six minutes for bitcoin addresses at “http://log.lapiscolorido.]com/aragorn/admin/bit.php?ACAO=PUSH.”

Kasidet is multipurpose malware also known as Neutrino, a bot that was first observed being advertised on a hacking forum in December 2013. It was seen downloading coinminers on infected systems starting late 2017. Coinminer details are as follows:

As more people are getting familiar with and starting to use or invest in cryptocurrencies, the awareness and pervasiveness of cryptocurrencies in everyday life will continue to rise. In spite of their initial resistance to cryptocurrencies, more and more governments are realizing the potential of cryptocurrencies and the underlying blockchain technology in the digital era. They are realizing that they can’t just ban their use—the new era of digital currencies has already begun. As a result, we will see an increase in crypto-malware. The Zscaler ThreatLabZ research team will continue to monitor and analyze these threats with a goal to provide protection against them.