Xloader is an information stealing malware that is the successor to Formbook, which had been sold in hacking forums since early 2016. In October 2020, Formbook was rebranded as Xloader and some significant improvements were introduced, especially related to the command and control (C2) network encryption. With the arrival of Xloader, the malware authors also stopped selling the panel’s code together with the malware executable. When Formbook was sold, a web-based command and control (C2) panel was given to customers, so they could self-manage their own botnets. In 2017, Formbook’s panel source was leaked, and subsequently, the threat actor behind Xloader moved to a different business model. Rather than distributing a fully functional crimeware kit, Xloader C2 infrastructure is rented to customers. This malware-as-a-service (MaaS) business model is likely more profitable and makes piracy more difficult.

The capabilities of Xloader include the following:

Previous blog posts have analyzed various aspects of Formbook and Xloader’s obfuscation. In this blog post, we perform a detailed analysis of Xloader’s C2 network encryption and communication protocol. Note that Xloader is cross-platform with the ability to run on Microsoft Windows and MacOS. This analysis focuses specifically on the Windows version of Xloader.

Xloader and Formbook use HTTP to communicate with the C2 server. An HTTP GET query is sent as a form of registration. Afterwards, the malware makes HTTP POST requests to the C2 to exfiltrate information such as screenshots, stolen data, etc. In both cases, the GET parameters and the POST data share a similar format and are encrypted as shown in Figure 1. We will explain the encryption algorithms in the following sections.

Throughout the Xloader malware there are multiple structures of encrypted blocks of data and code. These blocks are designed to confuse malware analysts and disassemblers by using the assembly instructions for a function prologue push ebp and mov ebp, esp as shown in Figure 2. We have named these structures PUSHEBP encrypted blocks. These blocks are decrypted using an RC4 based algorithm combined with an encoding layer and a custom virtual machine (VM).

One of these PUSHEBP blocks contains encrypted strings, and a list of decoy C2s. These decoys are legitimate domains that have been added to mislead malware researchers and automated malware analysis systems. The real C2 server is stored separately and encrypted using another more complex scheme. The pseudocode responsible for decrypting the real C2 server is shown in Figure 3. 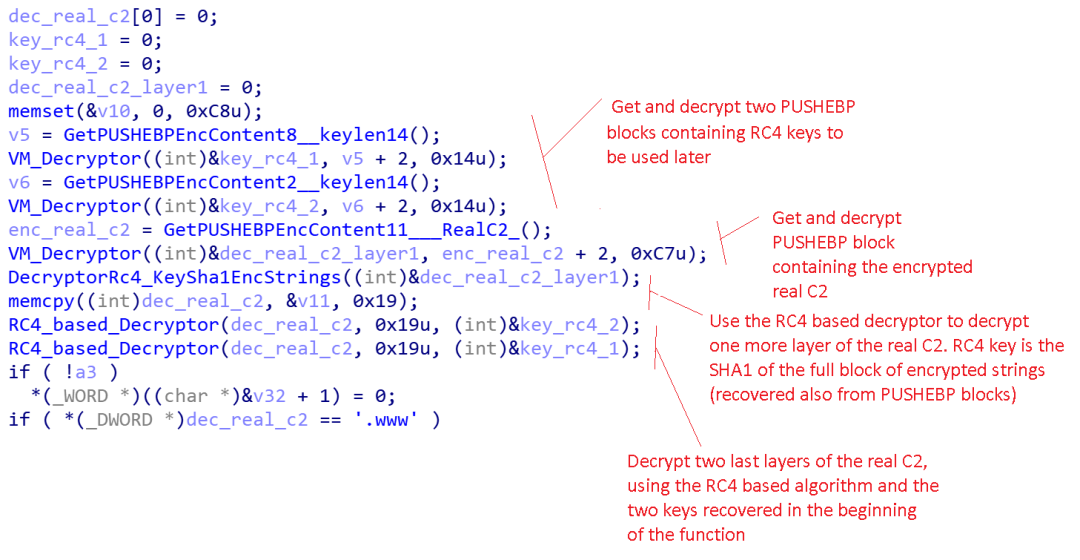 In Figure 3, the RC4_based_Decryptor function consists of RC4 encryption (with a 0x14 byte key) with an additional two encoding layers as shown below:

The VM_Decryptor function is another algorithm that is used by Xloader, which implements a custom virtual machine (VM). The following lines of Python reproduce the steps that Xloader performs to decrypt the real C2.

Once decrypted, the C2 URL has a format similar to www.domain.tld/botnet_id/.

The C2 communications occur with the decoy domains and the real C2 server, including sending stolen data from the victim. Thus, there is a possibility that a backup C2 can be hidden in the decoy C2 domains and be used as a fallback communication channel in the event that the primary C2 domain is taken down.

In FormBook, the HTTP GET parameters (and POST data) were encrypted in four steps:

Therefore, Formbook C2 communications could be easily decrypted by reversing the process since the C2 domain and path are known.

The network encryption in XLoader is more complex. An additional RC4 layer was added to the process, with a convoluted algorithm that is used to derive this encryption key using the following steps:

1) To encrypt the HTTP network data, Xloader first calculates a key that we call Key0Comm as shown in Figure 4. 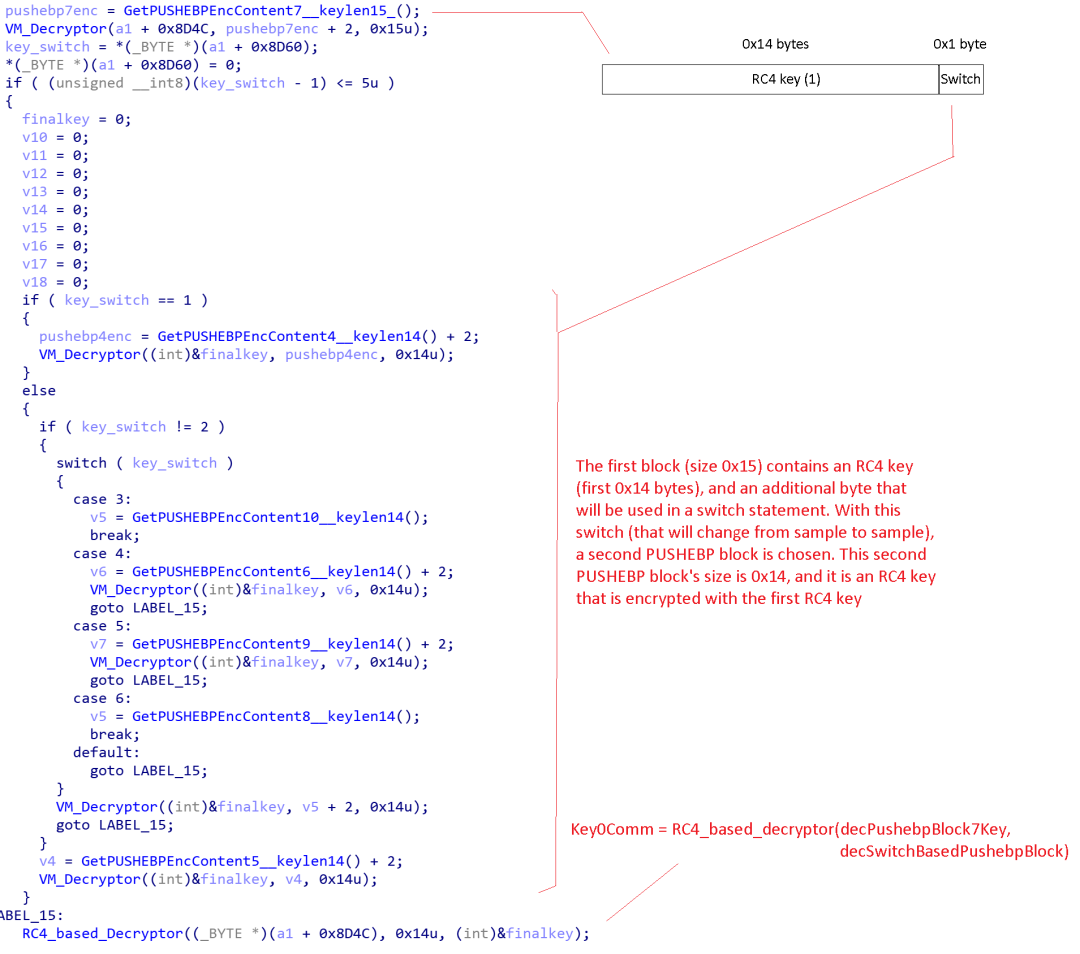 As we can see in Figure 4, the PUSHEBP block 7 is decrypted using the Xloader VM. This block, once decrypted, has a length of 0x15 bytes. The first 0x14 bytes are used as an RC4 key, and the last byte is used to choose and decrypt another PUSHEBP block (among the blocks 4, 5, 6, 8, 9 and 10) based on a switch statement. Thus the parameter Key0Comm in derived as follows:

However, the order of the PUSHEBP blocks, and the associations between the switch and the block number, changes from one sample to another (i.e., the code of this function is randomized), even on the same versions of Xloader. Figure 5 shows a comparison of this function between two different Xloader v2.5 samples. 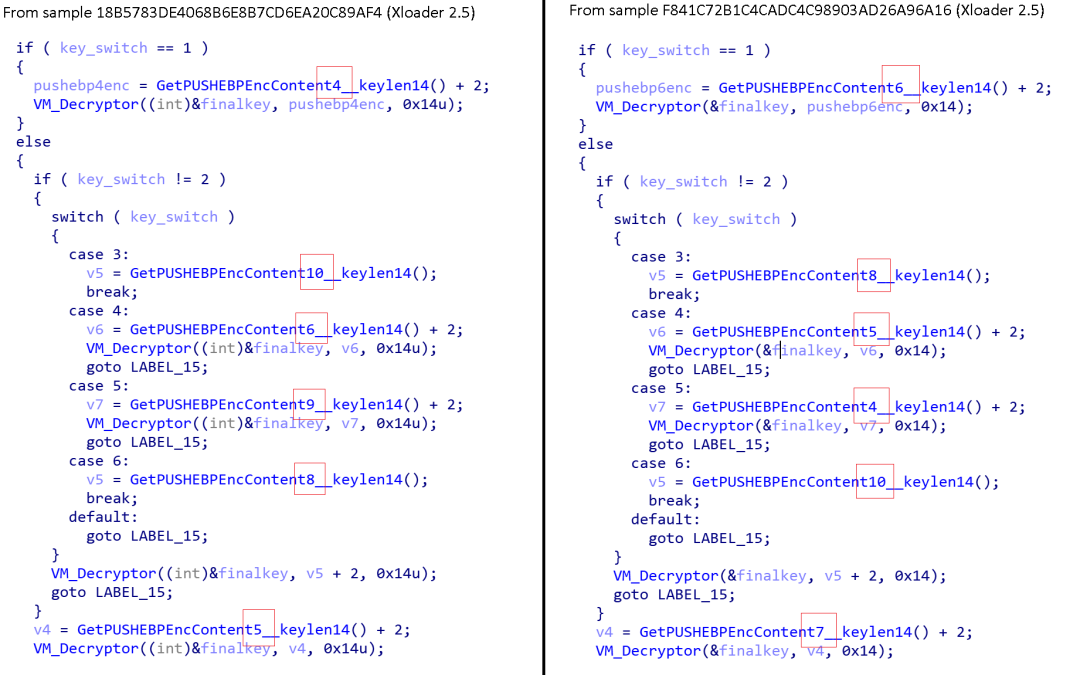 Figure 5. Xloader KeyComm0 Function to Map the Switch to a Block

Table 2 shows how these switch statements map to different block IDs in these samples.

In order to perform encryption for the C2 communications, the sample-specific table that maps these blocks must be known to derive the encryption key Key0Comm.

2) Next, another key that we refer to as Key1Comm is calculated using the same algorithm as Formbook:

Having all three of these RC4 keys, we can encrypt and decrypt Xloader C2 communications. The packets are encrypted with two layers of standard RC4 using the keys Key2Comm and Key1Comm, as shown below:

Xloader is a well-developed malware family that has numerous techniques to mislead researchers and hinder malware analysis including multiple layers of encryption and a custom virtual machine. Even though the authors abandoned the Formbook branch to focus on the rebranded Xloader, both strains are still quite active today. Formbook is still being used by threat actors using the leaked panel source code and self-managing the C2, while the original authors have continued to sell Xloader as MaaS, supporting and renting the servers infrastructure. Not surprisingly, it has been one of the most active threats in recent years. 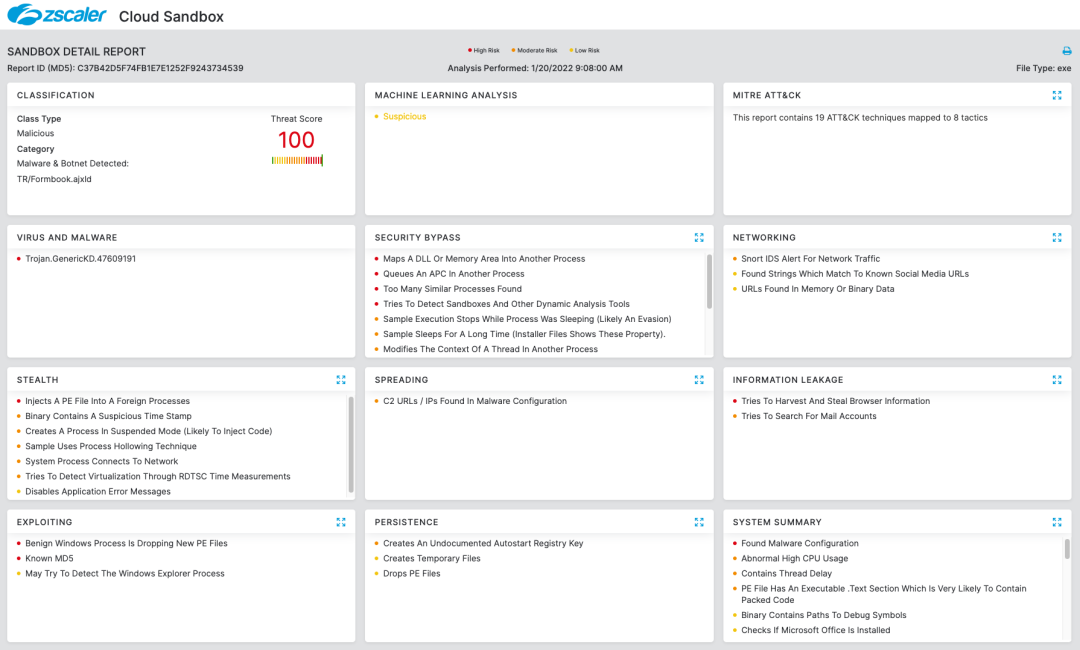