Meet the People Who Make Zscaler a Great Place to Work

Bettina Pschorr is a software engineer on the Emerging Technologies team. We interviewed her for her one-year anniversary at Zscaler, which is January 28, 2020. Bettina is one reason Zscaler is a Great Place to Work. 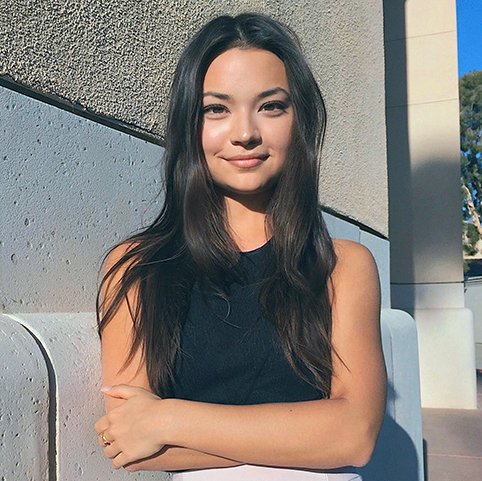 What is your background?

I was born and raised in Hong Kong and lived there for 17 years (in Kowloon Tong). I moved to California by myself for college, not knowing anyone here. I studied at Cal Poly for one year, then moved to Spain for six months. After that, I spent some time in Germany, then moved back to Hong Kong where I worked as a fashion designer for a few months. Finally, I came back to California to finish my degree and graduated early.

How would you describe your role at Zscaler?

Emerging Technologies is a fast-paced, innovative team. I work as a software engineer on the UI team for Zscaler Private Access (ZPA), and it’s like working for a startup within a startup. We’re our own product team so we have a lot of autonomy. And, because we’re a smaller team, we can work quickly and there’s a lot of room for creativity.

What inspired you to become a software engineer? Did you overcome any challenges along the way?

I took an unconventional route. I went to business school for an information systems degree and got exposed to software engineering on the business side—optimizing processes and documenting and translating requirements. I was lucky enough to get a training opportunity in engineering, and it’s been two and a half years now. I love my job because I get to communicate data in an interesting way and the work I do can positively impact a lot of people’s lives.

As a woman in STEM, I have observed some biases, but I’ve seen a lot of support, too, from men and women. Diversity is a good thing and teams that aren’t afraid of it are usually more successful. I will say that you have to have thick skin and stand up for yourself—and be prepared to work hard.

What drew you to Zscaler?

I was drawn to the team dynamics. I liked that it was a smaller team. During the interview, they wanted a meaningful, two-way conversation and discussion. More importantly, everything I saw about the product I believed in. I also really admire the hard work and humility of Zscaler leaders.

Do you have any passion projects at work? Feel free to share a proud moment or team win.

On my first project, I created a reusable widget for a specific component that we saw was being used in a lot of places in our UI-6. They were all coded differently but they had similar uses, so I made one reusable widget that we could plug into each place. It’s been rewarding to see others use it. As a team, we’re working on creating a library of widgets. It’s really fun to find new ways to reduce code and help the team (and hopefully other teams at Zscaler) work more efficiently.

At another time, I introduced a tool to our build process/tech stack. It’s hard to try to plug a tool into something that's already working, but this initiative has helped us stay updated with the latest technologies.

What is something most people don't know about you?

I really like to paint. I’m also very good at sewing and I tailor my own clothes. When I lived in Hong Kong, I would go to Shenzhen to pick up fabrics and make my own clothes. In a sense, it’s similar to software engineering—you have to design and execute and iterate after learning from mistakes.

If you could switch jobs with anyone for a day, who would it be?

I’d love to see what our CEO Jay Chaudhry does in a day and interact with Zscaler customers, which I don’t get to do too much right now in my own role.

What would you do for a career if you weren’t a software engineer?

I’d probably work at the Embassy as a translator. I pick things up quickly and it’s easy for me to see patterns—and that’s essentially what languages are. In addition to English, I know some German, Mandarin, and conversational Cantonese, and I picked up Spanish when I lived in Spain.

Any advice for people who want to apply to be software engineers at Zscaler?

Be yourself. Zscaler cares about how your personality fits into the company.

I don’t come from a networking background. I remember one interviewer asked me about some networking concepts and I didn’t know exactly how it worked, but I made my best guess and walked the interviewer through my logic. She liked it and now I’m here!

Join Bettina and the rest of the team!

Visit our careers page to explore opportunities in software engineering as well as the many other roles in which you can help Zscaler drive secure digital transformation for enterprises around the world.

Meet Zscaler: From Sales to Enablement - How Megan Allen Found Her Passion