The Emotet malware was first detected back in 2014 and it focused on banking fraud. In recent years, Emotet pivoted and it became an initial access broker providing victim access for several ransomware groups.

In January 2021, law enforcement disrupted the Emotet malware and its infrastructure. It also arrested some of the threat actors behind it. This led to the disappearance of the malware for almost a year. Some security researchers thought it was gone for good...

While the Threatlabz team's technical analysis for the payloads involved is ongoing, the new version of the Emotet malware is similar to its past variants in many aspects. In our quick analysis, we've observed some changes in the command and control data and encryption used. It also appears to be using HTTPS instead of  plain HTTP for command and control communication. It looks like most of the functionality is the same as earlier variants, and it will likely pick up where it left off, providing initial access to the ransomware operators.

As we can see from the below screenshot of spam email, Emotet starts by leveraging a 'reply chain' email strategy in their spam campaigns. It has been using MS word document “.docm”, MS excel “.xlsm” and password protected “.zip” files as attachments. 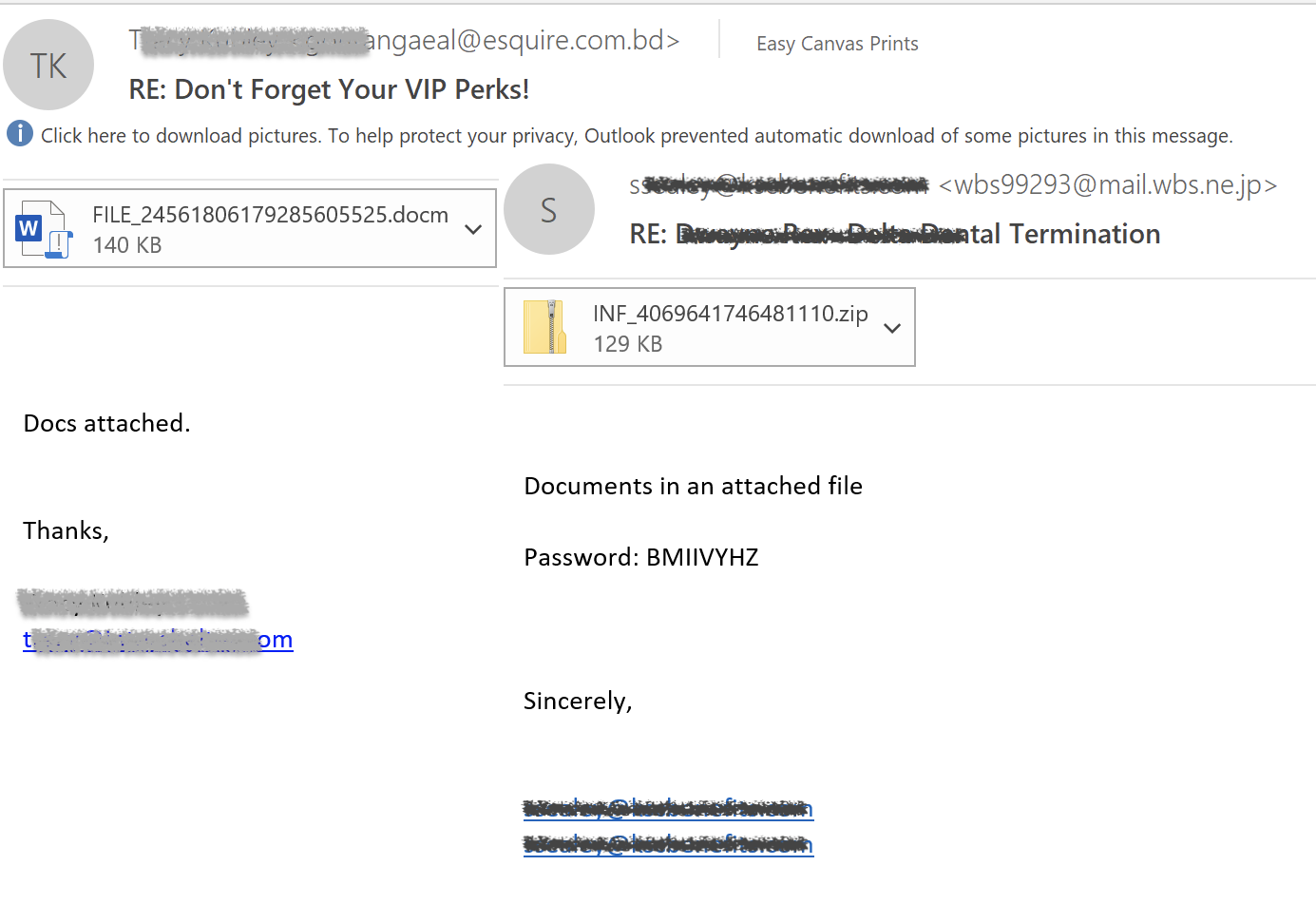