Industrial Spy is a relatively new ransomware group that emerged in April 2022. In some instances, the threat group appears to only exfiltrate and ransom data, while in other cases they encrypt, exfiltrate and ransom data. Industrial Spy started as a data extortion marketplace where criminals could buy large companies' internal data; they promoted this marketplace using README.txt files that were downloaded using malware downloaders disguised as cracks and adware. After these initial promotional campaigns, the threat group introduced their own ransomware to create double extortion attacks that combine data theft with file encryption. The threat group appears to have also seemingly tried Cuba ransomware briefly before developing their own ransomware in May 2022.

There are two primary executables associated with Industrial Spy. The first binary does not implement any destructive functionality, while the second performs file encryption. The former has been mainly distributed using cracks, adware and other malware loaders. Zscaler ThreatLabz has observed this binary being distributed in-the-wild with other loaders and stealers involving SmokeLoader, GuLoader and Redline Stealer. The sole purpose of this malware is to promote their dark web marketplace; it does not inflict any actual damage to the targeted system.

This malware is very basic and performs the following actions before deleting itself: 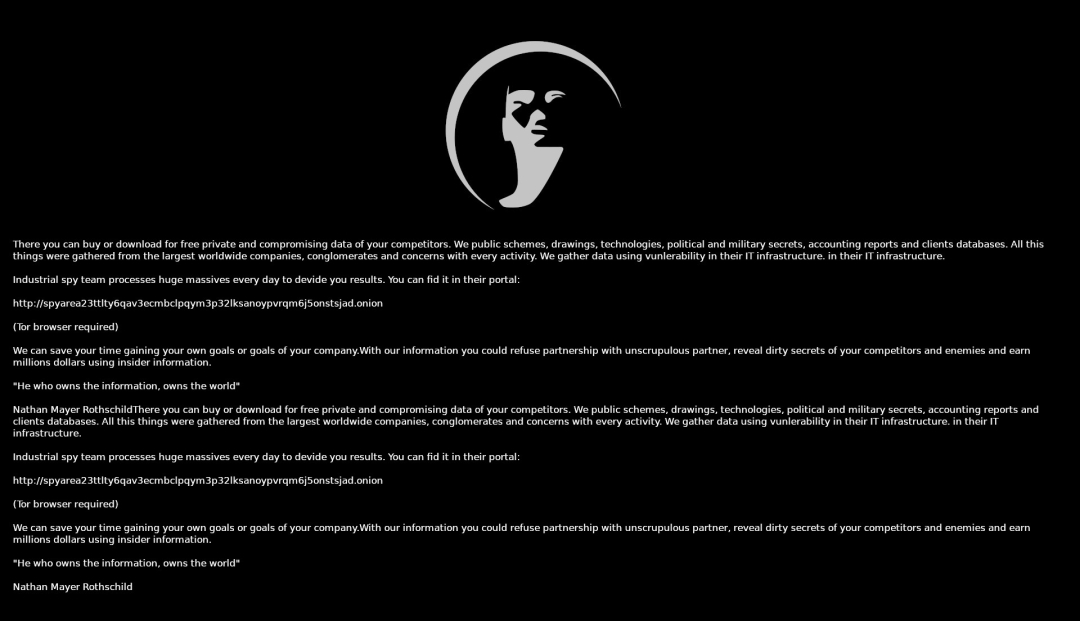 Currently, there are not many Industrial Spy ransomware samples that have been observed in-the-wild. However, the group is consistently adding roughly two new victims per month on their data leak portal.

The Industrial Spy ransomware encryption and decryption both are handled by the same binary. Simplified steps taken by the ransomware are as follows:

On execution, Industrial Spy checks whether an RSA public or RSA private key is embedded in the binary. Depending on the type of key, the ransomware will encrypt or decrypt files as shown below:

Interestingly, it will always delete shadow copies irrespective of the mode.

If command-line arguments are provided, Industrial Spy will start a thread to recursively encrypt files for each path argument that is provided. If no arguments are given, Industrial Spy will enumerate all drives and start one thread per volume (if it is not read-only). Each thread will recursively enumerate and encrypt files. All files for which the extension and path does not fall under the exclusion list will be encrypted. Paths containing the following strings are excluded:

During encryption, if the targeted file is locked by another process, Industrial Spy will attempt to terminate the process that holds the corresponding file handle, using the Restart Manager API.

Industrial Spy encrypts each file’s content with the Triple DES (3DES) algorithm. Each 3DES key and initialization vector (IV) are then encrypted with a hardcoded RSA public key. The result is appended with a footer to the encrypted file data. Industrial Spy will encrypt up to the first 100MB of data. Since 3DES is a block cipher, each block is padded accordingly with NULL (0x00) bytes to form a multiple of 24 bytes.

After encryption, the original file content is overwritten with the following data shown in Figure 4.

The encrypted file data structure is as follows:

The encryption parameters data structure is the following:

Unlike nearly all ransomware families, Industrial Spy does not change the file extension after encryption. Therefore, the filename itself cannot be used to determine the files that have been encrypted. Instead, Industrial Spy appends a file footer that can be used to identify encrypted files using the last four bytes: 0xFEEDBEEF.

The RSA code used by Industrial Spy is very similar to the ISFB trojan’s source code. This RSA library was also used by the ransomware known as WastedLocker. Each Industrial Spy ransomware sample contains a hardcoded 1,024-bit RSA key that is unique to each victim in the following format:

The first dword (4-bytes) in blue is the size of the RSA key in bits (0x400), which is 1,024 bits. The RSA key size is then followed by the modulus highlighted above in turquoise. The modulus contains a number of NULL bytes for padding, finally followed by the RSA public exponent (in orange) along with additional padding.

Industrial Spy generates a per file 3DES key and IV using the RSA library’s random function R_GenerateBytes(). This function takes a random structure as an argument to generate these values. The random structure itself is seeded by calling the x86/x64 CPU instruction rdtsc, which returns the processor’s timestamp. The CPU processor timestamp records the number of CPU clock cycles since the last reset. The result of rdtsc is passed to the RSA random function R_RandomUpdate().

The R_GenerateBytes() function is called twice to generate two 24-byte pseudorandom buffers. The first buffer is used as a 3DES key for encrypting the file’s data, and the first 8 bytes from the second buffer are used as the IV.

A file with the name readme.html is dropped in each directory that contains a ransom note as shown in Figure 6.

A copy of the Industrial Spy ransom note can be found in the ThreatLabz GitHub ransom note repository here.

The Victim ID referred to as the personal id in the ransom note is just the MD5 hash of the modulus component of the embedded RSA public key.

The Industrial Spy leak portal is protected with a username and password as shown below in Figure 7. 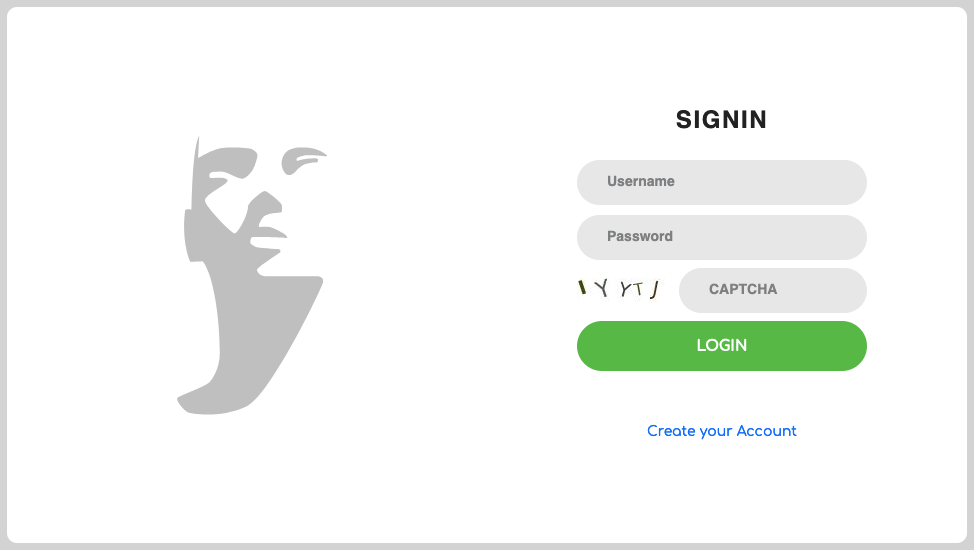 After authentication, the Industrial Spy home page is displayed as shown in Figure 8. 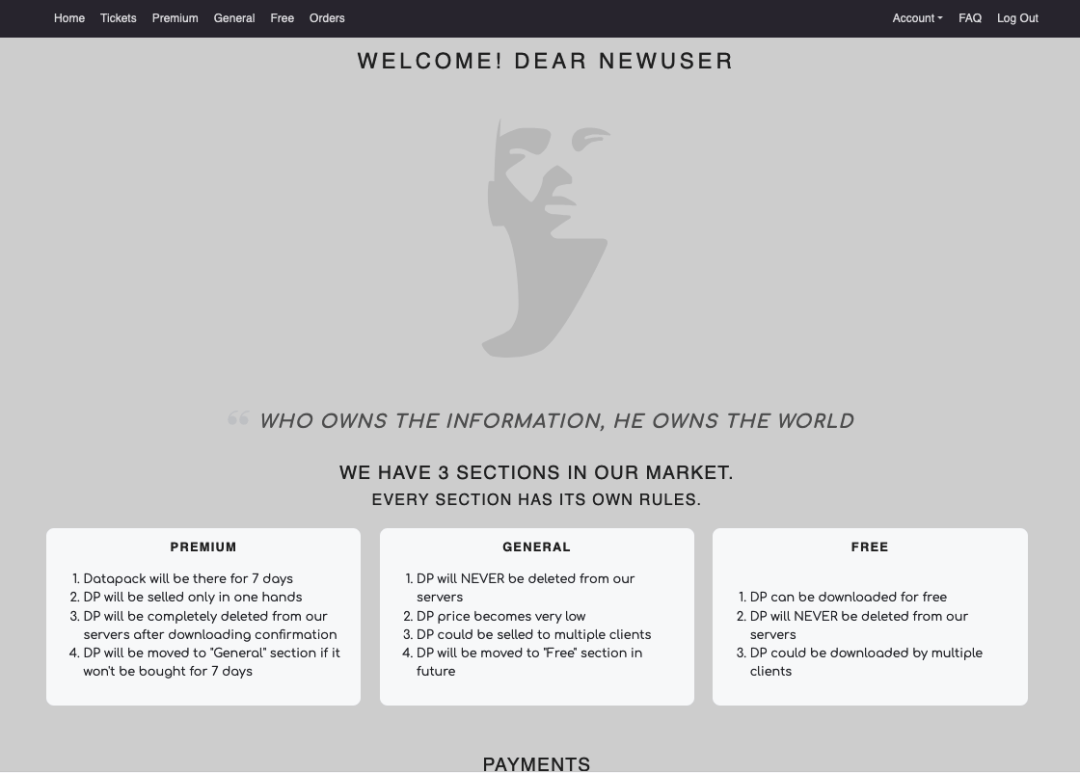 Industrial Spy is mostly selling individual files (in the General category) instead of file bundles in the price range from $1 to tens of thousands of dollars. The group likely reviews the files before deciding whether to put a high price tag on sensitive files, and dumps the rest of the files with a $1 to $2 price tag. ThreatLabz has observed operating system files that have limited value like desktop.ini, thumbs.db listed for $2 as shown in Figure 9.

Industrial Spy is a new entrant in the ransomware ecosystem. The malware is not currently very sophisticated, but the file encryption is functional making it a dangerous threat. Furthermore, Industrial Spy is consistently adding new victims, proving that the threat group has the capabilities to breach new organizations. Many players come and go in the ransomware market and it is difficult to determine the groups that will stay for the long term. However, this threat group is likely to stay at least in the near future with more ransomware updates and features to follow. ThreatLabz continues to monitor all kinds of threats and provide coverage to our customers. 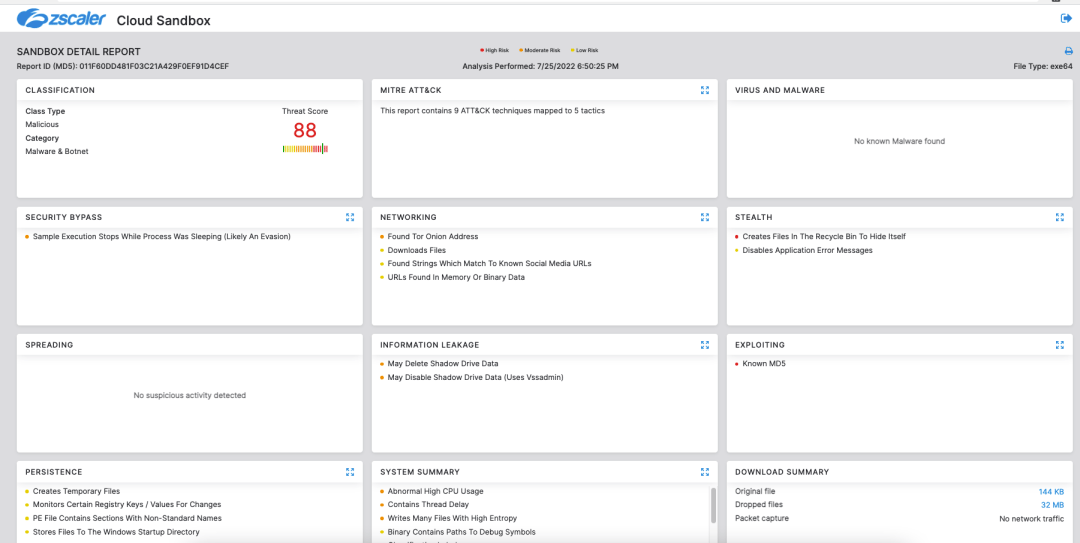