Skip to main content
Zpedia / What Is a Software-Defined Perimeter?

What Is a Software-Defined Perimeter? Software-defined perimeter (SDP) is a security methodology that distributes access to internal applications based on a user’s identity, with trust that adapts based on context. Where traditional security is centralized in the data center, SDP is everywhere, delivered by the cloud. It uses business policy to determine user authentication to resources, making it an important part of securing cloud- and mobile-first organizations. 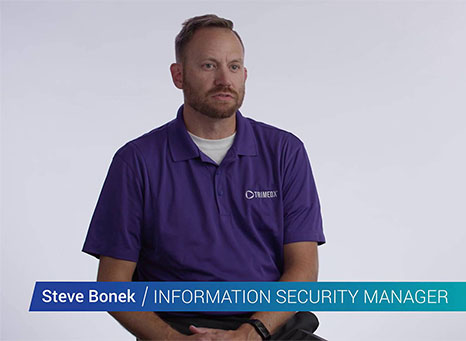 How it arrived
How it works
Use cases
SDP and ZTNA
Zscaler, SDP, and ZTNA

How Did the SDP Come to Be?

First conceptualized by the Defense Information Systems Agency (DISA) in 2007, SDPs are built on a need-to-know model with trust that is constantly monitored and adapted based on a range of criteria. They make application infrastructure invisible to the internet, reducing the attack surface from network-based attacks (DDoS, ransomware, malware, server scanning, etc.).

The Cloud Security Alliance (CSA) took interest in the concept and began developing the SDP framework in its early stages. In 2011, while SDP was still a new concept, Google became an early adopter with the development of its own SDP solution, Google BeyondCorp. Today, organizations adopting SDP are modernizing their endpoint, cloud, and application security—especially amid the shift to work-from-anywhere.

What Is the Purpose of SDP?

In today’s hybrid world, a traditional hardware-defined network perimeter designed for a corporate office is no longer viable. An SDP not only reduces the risk to endpoints that connect from anywhere, but also—with the help of an SDP controller—distributes network resources more evenly. Because these resources are defined on an individual basis, access control is centralized as well as simplified, ensuring secure access throughout your entire organization.

The internet has become the enterprise network, and on-premises solutions can’t establish secure network connections—especially with the advent of BYOD—leaving the door open for hackers and unauthorized users. A properly implemented SDP model grants users access based on the principle of least privilege, similar to microsegmentation. This makes it more difficult for bad actors who have gained network access to move laterally.

How Does SDP Work?

SDP takes a different approach compared to traditional network-based security. Instead of focusing on securing the network, SDP focuses on securing the user, the application, and the connectivity in between. Four core principles differentiate SDP technologies: While SDP has many use cases, many organizations choose to start in one of the following four areas:

Organizations are looking to reduce or eliminate usage of VPNs because they hamper user experience, introduce security risk, and are difficult to manage. SDPs directly address these notorious VPN issues by improving remote access capability. In fact, Cybersecurity Insiders says that 41% of organizations are looking to reevaluate their secure access infrastructure and consider SDP, with the majority of those requiring a hybrid IT deployment and a quarter implementing SaaS.

Many organizations leverage a multicloud model by, for example, combining Workday and Microsoft 365 as well as infrastructure services from AWS and Azure. They may also use a cloud platform for development, cloud storage, and more. The need to secure these environments leads organizations to SDP because of their ability to secure connections based on policy, no matter where users connect from or where applications are hosted.

Most third-party users receive overprivileged access, which creates a security gap for the enterprise. SDPs significantly reduce third-party risk by ensuring external users never gain access to the network and that authorized users only have access to applications they’re permitted to use.

With traditional mergers and acquisitions, IT integration can span years as organizations converge networks and deal with overlapping IP addresses—incredibly complex processes. An SDP simplifies the process, slashing the time required to ensure a successful M&A and providing immediate value to the business.

The ZTNA model has become a well-known security framework, but many people don’t realize that it was based on the same principles as SDP. In fact, ZTNA uses SDP principles and functionality. With both methods, there’s no internal network, and users are only allowed to access resources if the context behind the request (user, device, identity, etc.) is correct.

To help organizations achieve such a high level of security, vendors are promising a ZTNA framework that can keep your organization’s resources secure. But many of these frameworks are simply a cloud security platform force-fit on top of legacy appliances—or worse, they’re designed by networking vendors who glue on a security module in an effort to enter the security space.

These platforms don’t offer the scalability, flexibility, and—above all—security that a platform built in the cloud, for the cloud, can offer.

Zscaler Private Access gives your organization the power to:

To learn more about SDP/ZTNA technology, check out ZPA up close. You can even take ZPA for a free test drive for 7 days!