What Is Multicloud? Multicloud is a strategy in which an organization uses two or more cloud service providers or services to perform a variety of functions, such as cloud storage, cloud computing, security, or application support. By adopting a multicloud strategy as a part of a greater digital transformation, you can run public clouds and private clouds (hybrid multicloud). However, IT professionals generally use the term to describe using multiple clouds from different cloud providers. 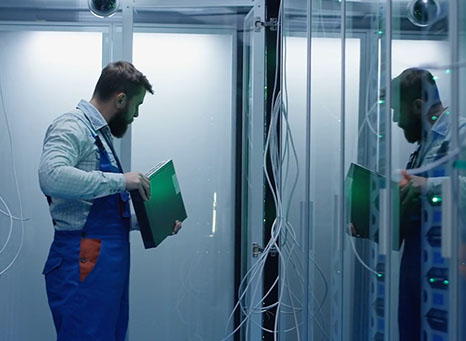 How it works
Use cases
Hybrid vs. multicloud
Multicloud pros & cons
How to manage
Zscaler Cloud Protection

How Does a Multicloud Architecture Work?

As organizations embrace cloud computing, they’re increasingly adopting multicloud environments due to the rise in remote work and the growing demand to have access to cloud services from anywhere, anytime, off the corporate network.

A multicloud approach doesn’t mean cloud-only, though. Some organizations opt to keep some functions in their on-premises data centers or a private cloud while utilizing multiple cloud service providers for other purposes.

Most often, organizations adopt multicloud solutions that comprise different infrastructure, platform, and software as a service (respectively IaaS, PaaS, and SaaS) providers. Additionally, a multicloud deployment is often an organization’s means of modernizing its ecosystem as it shifts toward a serverless architecture.

Multicloud apps are all around us, coming from some of the biggest names in the tech world. Some of the most popular public cloud providers include:

In addition to the public cloud, there are a number of private cloud providers including: Hewlett Packard Enterprise, VMware, Dell, Oracle, and IBM/Red Hat.

Beyond compatibility with a bevy of vendors, multicloud architectures offer high availability to support a wide variety of cloud-enabled technologies, such as:

Adopting multicloud gives businesses the agility to innovate at a much faster pace than with a single public cloud service or provider only. High performance and availability mean reduced downtime, and increased data management capacity opens the door for artificial intelligence and machine learning adoption, as well.

What’s the Difference Between Hybrid Cloud and Multicloud?

Where a hybrid cloud makes use of public and private cloud services, a multicloud architecture uses services from multiple public cloud providers at the same time. A hybrid cloud is suited for organizations that operate under strict compliance regulations, such as public sector, finance, or law firms.

What Are the Pros and Cons of Using a Multicloud Strategy?

Employing a multicloud strategy can bring a host of benefits, including:

However, there are also risks that come with multicloud:

In the face of these challenges, organizations adopting multicloud solutions will need to come up with ways to manage and solve them. Let’s take a closer look at what’s involved here.

How to Manage Multicloud Environments

Your organization’s unique needs depend on many factors, such as team size, business goals, and budget, and you have options when it comes to the management and optimization of a multicloud environment.

On top of this, you need to ensure secure connections for all your users and workflows. Traditional network-centric security wasn’t built to secure the new, agile world of the cloud, which is why Gartner recommends embracing zero trust network access (ZTNA) technologies.

ZTNA, sometimes called software-defined perimeter (SDP), provides secure access to private applications across hybrid and multicloud environments, enabling secure cloud adoption. Many vendors claim to offer comprehensive ZTNA solutions, but only one has built a ZTNA platform in the cloud, for the cloud, to give your multicloud environment the degree of security it needs and deserves—that vendor is Zscaler.

Secure Your Multicloud Environments with Zscaler

Additionally, ZCP protects all workload traffic—north-south and east-west—to prevent the spread of malware across your cloud infrastructure. Because ZCP is a unified solution that provides orchestration across all major cloud providers, it offers both consistent security and simpler operations.

Register for a demo of Zscaler Cloud Protection to explore how you can securely enable multicloud solutions in your organization.