Coca-Cola Consolidated, the largest bottler of Coca-Cola products in the US, produces, sells, and distributes more than 300 Coca-Cola products to more than 66 million consumers. The company is deeply committed to its customers, the communities it serves, and its 16,000 teammates.

Ensure fast, secure access to internal resources as teams work from home during and after the pandemic 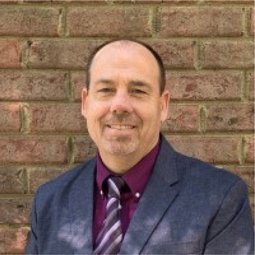 Deploying Zscaler was just an awesome experience. Zscaler was very patient with us. They worked with us well. They addressed each and every one of our concerns methodically and did a fantastic job.

Coca-Cola Consolidated had been a Microsoft 365 platform member for a number of years and began working with Zscaler in 2018 to help complement that experience. Zscaler is fully compliant with Microsoft 365 connectivity recommendations and has more than 20 data centers worldwide that participate in Microsoft’s network peering program.

With the onset of the COVID-19 pandemic, Coca-Cola Consolidated encouraged several thousand office teammates to work from home weeks before many states gave shelter-in-place orders. This presented a communications challenge for the company, which uses Microsoft Teams and other latency-sensitive applications for internal communications.

With traditional VPN connections, users often report latency, which can affect Microsoft 365 productivity. With Zscaler, all traffic to Microsoft gets peeled off, meaning no more worrying about scaling hardware to deploy Microsoft 365, Teams, and other applications, or configuring security devices to be Microsoft compliant. Zscaler optimizes connectivity to Microsoft and automates all configurations.

The Coca-Cola Consolidated IT team had to remove as many variables as possible to provide remote workers with a safe and predictable user experience comparable to or better than at the office—especially for Microsoft 365 because the company is so heavily dependent on it.

“It was a necessity to be able to keep these office teammates, who have now been sent home, working safely in their home settings,” said Darrell Thompson, Chief Information Officer at Coca-Cola Consolidated. “It was very, very important that we were focused on keeping our office workers productive.”

Though Coca-Cola Consolidated had done an initial slow rollout of Zscaler Client Connector more than a year prior to COVID-19, it became hyper-relevant to their success as teammates were instructed to work from home. With Client Connector, Coca-Cola Consolidated was able to route traffic through a single checkpost, streamlining connections to internal applications, improving user experience, increasing security, and keeping infrastructure costs low.

“Making teammates VPN in first would have created a negative user experience and driven up our infrastructure costs because we would have to build that capacity,” said Rory Regan, Director of Infrastructure of IT Services for Coca-Cola Consolidated.

“Our culture at Coke Consolidated has always been a brick-and-mortar operation. We’re in facilities, we’re working together, we’re collaborating, we’re producing, selling, and distributing Coca-Cola. Now that we’re in this remote work environment, it’s a little bit harder to see the work is happening,” Thompson said. “But the Zscaler dashboard metrics that are coming out show that our team is there. They’re working. They’re engaged.”

With teammates using an array of devices, Coca-Cola Consolidated needed a solution that would keep its users secure, no matter the device or location. Client Connector was able to deliver that security while also easily deploying to thousands of users.

“A lot of our knowledge workers were already operating off laptops, making it very easy for us to deploy the Zscaler Client Connector,” said Regan. “When we started adding it on the laptops, many teammates were already working from home. It was easy to deploy behind the scenes and didn’t interfere with the way they worked.”

“I can’t tell you the last time I rolled out something that really gave us so much capability without much pain,” Regan added.

Zscaler dashboard metrics that are coming out show that our team is there. They’re working. They’re engaged.