Sandvik centralizes security of its dozens of industrial brands 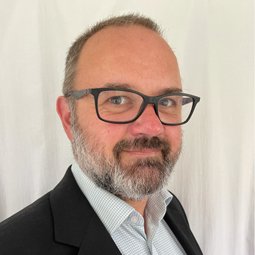 For the Sandvik Group, even before the COVID-19 pandemic changed everything, the traditional virtual private network (VPN) approach to connecting and securing remote workers was becoming a significant challenge.

“At any given time, we have almost 20,000 users accessing our applications, which includes our employees plus contractors, consultants, and vendors,” explained Michael Alvmarken, Service Manager for Cybersecurity and Technology, at Stockholm-headquartered Sandvik Group. “Prior to the pandemic, VPN technology was increasingly insufficient for supplying secure connections that encouraged productivity. When the pandemic required sending most of our workforce remote almost overnight, we needed to modernize immediately.”

Although Sandvik had relied on VPNs for decades, the technology increasingly caused productivity and user experience hurdles. “VPNs are a network-centric technology that hasn’t evolved much since it was introduced,” said Alvmarken. “Putting up access barriers causes users to consider shortcuts. We wanted to adopt a technology that removed connectivity hurdles and reduced attack surfaces to improve our security posture.”

Having previously partnered with Zscaler to start implementing a zero trust strategy, Sandvik sought to expand upon its recently deployed cybersecurity innovations. This led the engineering firm to conduct a proof of value (POV) with cloud-driven Zscaler Private Access (ZPA).

Then the pandemic hit. “Fortunately, when management informed us that we needed to prepare for the COVID-19 work-from-anywhere [WFA] transformation, we already knew Zscaler Private Access provided us with a smart, safe and scalable solution for addressing our various VPN concerns,” said Alvmarken.

Alvmarken’s team quickly tested ZPA over a weekend with 30 users. “Everything went completely smoothly,” he said. “We extended our partnership with Zscaler to add ZPA and launched globally five days after that, meeting our corporate deadline for enabling all of our employees to work safely during the pandemic.”

“In addition to creating attack surfaces, VPNs are also notorious for permitting bad actors to get inside undetected,” said Alvmarken. “Once in, threats move around at will—with many companies learning the hard way that it can take a long time before they’re found.”

What’s more, deploying ZPA ensures neither networks nor applications are ever exposed to the internet. This makes all Sandvik’s infrastructure completely invisible to unauthorized users, while still granting authorized users least-privileged access.

It doesn’t really matter where an application resides, whether on premises or in the cloud, ZPA adapted to our IT environment.

Protecting any application, anywhere, on any device

A cloud-delivered zero trust network access (ZTNA) strategy using ZPA provides Sandvik with support for both managed and unmanaged devices as well as any private application, not just web apps.

“It didn’t really matter where an application resided, whether on premise or in the cloud, ZPA adapted to our situation,” said Alvmarken. “We built out our ZPA environment really quickly and, at the same time, segmented applications appropriately.”

User response to Zscaler has been overwhelmingly positive, which is a big win for our employees and our security posture.

According to Alvmarken, the company is also impressed with the simplicity, flexibility, and scalability of ZPA. On the application side, Sandvik rapidly adjusted the number of App Connectors to enhance user experiences. “We started with two App Connectors, giving users access to the applications they needed most,” Alvmarken said. “On our rollout’s first day we discovered we needed more App Connectors to achieve the performance and segmentation we wanted, so we added more.

As Sandvik’s implementation continued, the IT team scaled out App Connectors to place them in geographic proximity to users. “For example, we deployed App Connectors to Microsoft Azure by region, which ensured users were connecting over the shortest distance,” said Alvmarken. “Doing so further reduced latency and improved performance.”

[ZPA] significantly improved our visibility into what applications we needed to protect, and which users needed access to them.

Obtaining granular visibility into applications and their utilization proved another game-changer for Sandvik. “ZPA enables us to see every application in our environment, including who is accessing them,” Alvmarken said. “We also gain other valuable data for generating analytics insights.”

What’s more, the solution’s intuitive dashboard reveals previously undiscovered internal applications running on-prem or in a public cloud. “The ZPA environment displays all of the applications it discovers,” Alvmarken said. “This significantly improved our visibility into what applications we needed to protect, and which users needed access to them.”

Combining this visibility with the customizable policy tools built into ZPA enables enterprises like Sandvik to set and enforce granular policies for discovered applications to ensure least-privilege access. Such control, along with the Zscaler platform’s other capabilities, minimizes exposure and reduces attack surfaces. “ZPA’s visibility and control are real eye-openers as well as excellent contributors to lowering risk,” said Alvmarken.

“It’s all a big win for our employees, our company productivity and for our security posture,” he added.