Defacing websites has been the main stay for hacktivist groups to spread their message.  During recent research, we found multiple compromised websites containing a malicious link to a "lulz.htm" page, which in turn leads the user to a Dokta Chef Exploit Kit (EK) hosting site. This appears to be  a new tactic whereby a hacktivist group has escalated their activities by attacking users who visit defaced sites.  This is out of character for such groups that generally seem more interested in disrupting private sector compliance with government entities, than targeting end users. 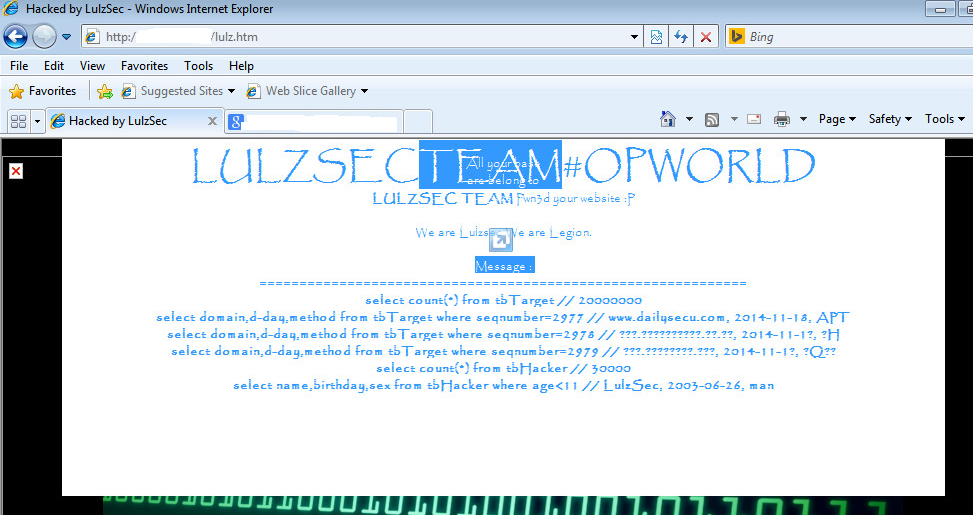 The contact information provided on the defacement page shows that the culprits of this attack are claiming to be part of the "AnonGhostTeam" group, based on the associated Twitter account.  This group has targeted numerous Government and Mass Media websites in the past including:   The defaced websites were found to be hosting a page called "lulz.htm", that contains highly obfuscated JavaScript code leading the users to a Dotka Chef EK infection cycle.
CVE-2014-6332 exploit
The Dokta Chef EK, was serving a malicious payload for a recently disclosed Microsoft Vulnerability CVE-2014-6332, that causes remote code execution when the user visits a specially crafted webpage using Internet Explorer (IE). The vulnerability is triggered when IE improperly accesses Object Linking and Embedding (OLE) objects in the memory. The vulnerable code has been present in OleAut32 library since IE version 3.0 and was recently fixed - MS14-064

The attacker is targeting only the 32-bit Windows Operating systems and also ensuring that the user's browser is IE, as seen in the exploit code snippet above. The exploit cycle will terminate if any of the following conditions are true: 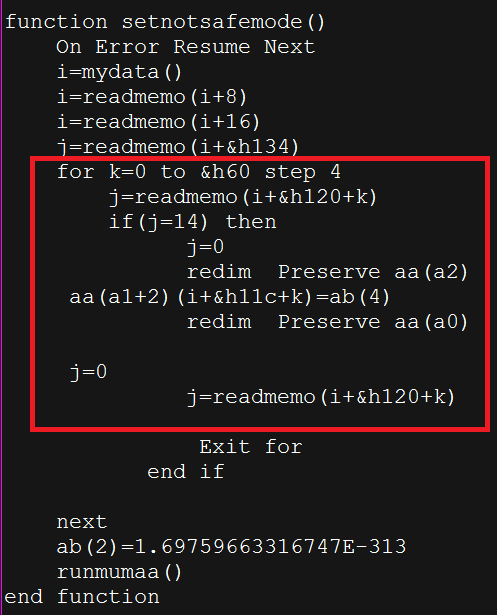 The CVE-2014-6332 vulnerability is triggered by using an abnormally large array in conjunction with the redim Preserve function, as shown in the VBScript exploit code snippet above.

At the time of research, the end payload was not reachable, but the VirusTotal Scan of the hostname shows a history of dubious activity.

The Zscaler ThreatLabZ team has deployed multiple protections against this threat and is actively monitoring the malicious activity surrounding this mass compromise.