In December 2021, the ThreatLabz research team identified several macro-based MS office files uploaded from Middle Eastern countries such as Jordan to OSINT sources such as VT. These files contained decoy themes related to geo-political conflicts between Israel and Palestine. Such themes have been used in previous attack campaigns waged by the Molerats APT.

During our investigation we discovered that the campaign has been active since July 2021. The attackers only switched the distribution method in December 2021 with minor changes in the .NET backdoor. In this blog, we will share complete technical analysis of the attack chain, the C2 infrastructure, threat attribution, and data exfiltration.

The targets in this campaign were chosen specifically by the threat actor and they included critical members of banking sector in Palestine, people related to Palestinian political parties, as well as human rights activists and journalists in Turkey.

ThreatLabz observed several similarities in the C2 communication and .NET payload between this campaign and the previous campaigns attributed to the Molerats APT group.

Additionally, we discovered multiple samples that we suspect are related to Spark backdoor. We have not added the analysis of these samples in this blog, but they were all configured with the same C2 server, which we have included in the IOCs section.

We have attributed the attack to Molerats APT group based on following observations: 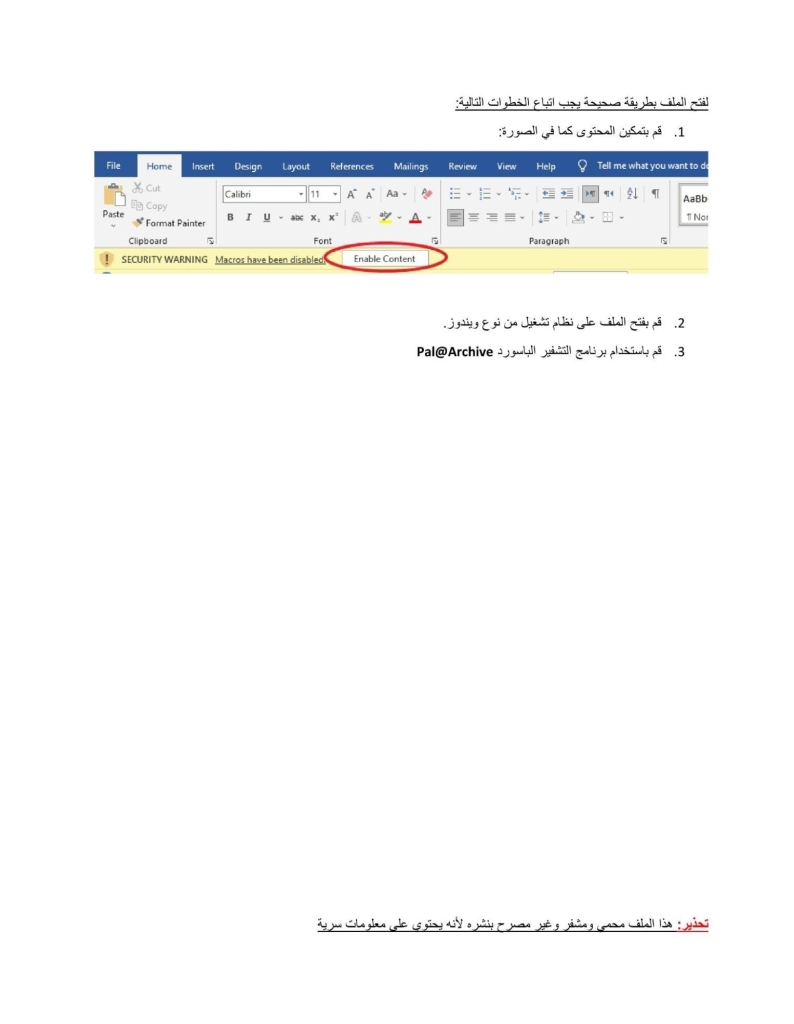 The macro code is not complex or obfuscated. It simply executes a command using cmd.exe which in turn performs the following operations:

Based on static analysis, we can see that the binary is .NET-based  and is obfuscated using the ConfuserEx packer. It masquerades itself as a WinRAR application by using the icon and other resources (which also contains static strings) from the legit WinRAR application. 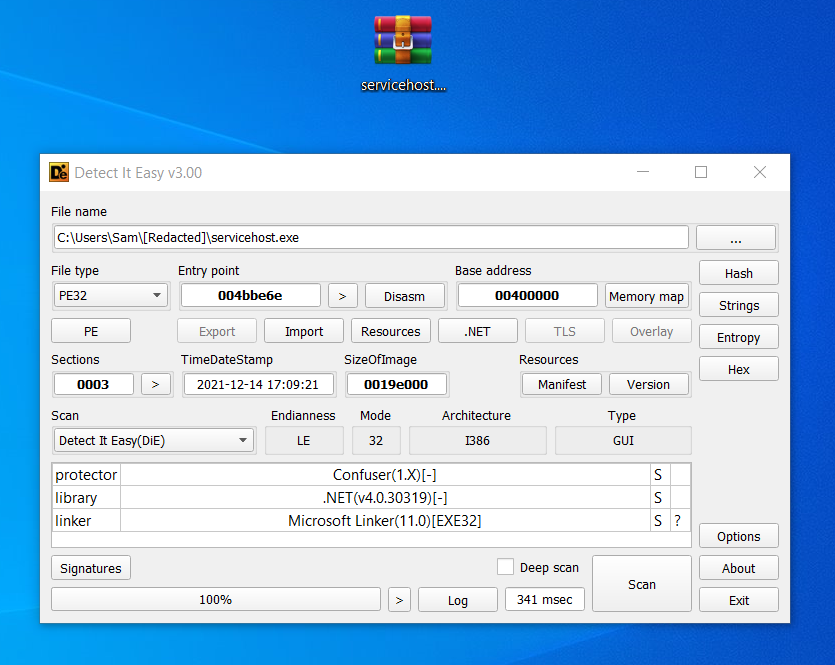 Figure 3: Shows the binary icon and other static information

The main function of the binary is the standard ConfuserEx function which is responsible for loading the runtime module "koi'' that is stored in encrypted form using a byte array. Once the module is loaded, the main function resolves the module's entry point function using the metadata token and invokes it by providing required parameters.

The runtime module ("koi") on analysis is found to be a backdoor. Before calling the main function of the module, the code from within the constructor is called which creates a new thread that regularly monitors the presence of a debugger.

1. Collects the machine manufacture and machine model information using WMI which is used for execution environment checks and is later exfiltrated to C2 server.
2. Checks if it should execute in the current execution environment.
3. Creates a mutex with the name of executing binary.
4. Checks if the mutex is created successfully.
5. Determines if it is executed for the first time using the registry key value "HKCU/Software/{name_of_executing_binary}/{name_of_executing_binary}".
6. If the registry key doesn't exist, the code flow goes via a mouse check function which executes the code further only if it detects a change in either of the mouse cursor coordinates. In the end, the mouse check function also creates the same registry key. 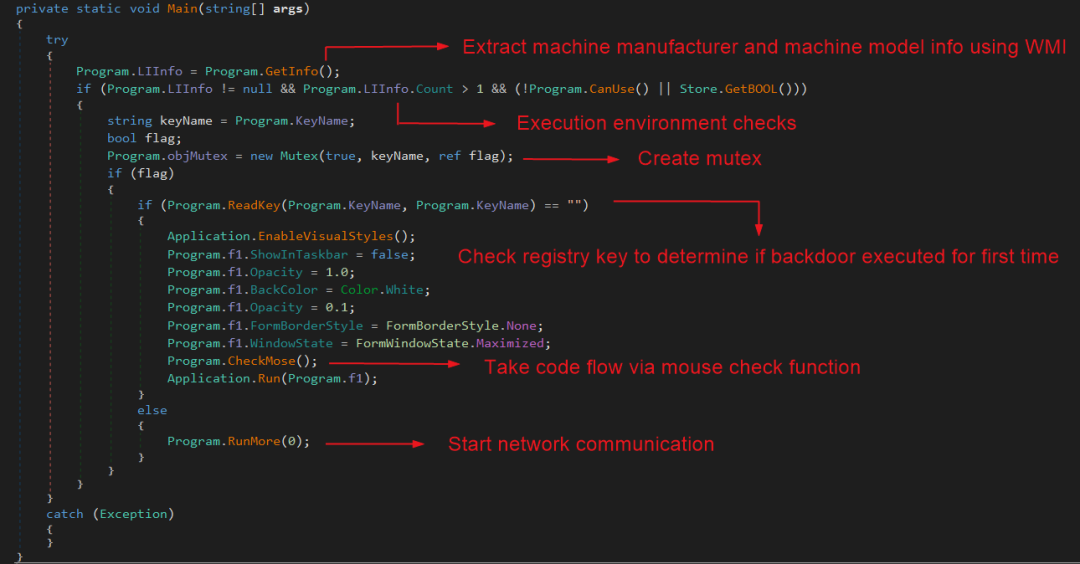 From the main function the final code flow reaches the function which starts the network communication. Since the backdoor uses Dropbox API for entire C2 communication and data exfiltration, it first extracts the primary Dropbox account token which is stored in encoded form within the binary. Figure 7 below describes the format and shows the encoded string that contains the Dropbox account token.

The collected information is then processed and stored inside a variable named “UserInfo” by performing following operations:

Next the backdoor sends following network requests in the specified sequence using the Dropbox API and correspondingly performs any required operations:

Note: The created folder acts as a unique identifier for a machine considering the fact that the machine IP remains static.

Create a file inside the newly created folder where the file name is the Machine IP and the data it stores is the information collected in Step-1 of the main function.

a) File name of any hosted RAR archive

Note: The above extracted information is stored locally and is used wherever required.

Finally, if the backdoor executed for the first time, it downloads and opens the hosted pdf or doc file and then calls two other functions where the first function creates a thread that continuously communicates with the Dropbox account to fetch and execute the C2 commands while the second function creates a thread that downloads and executes the RAR archive using the information extracted earlier.

The backdoor creates a file inside the victim specific folder on Dropbox which is used to fetch C2 commands. The file name is a random string of 15 characters.

The C2 commands have following format:

The backdoor uses command codes instead of plaintext strings to determine the action to be performed.

While monitoring the IPs used during the current attack we observed the domain "msupdata.com" started to resolve to the IP 45.63.49[.]202 from 27-12-2021. We found two Historical SSL Certificates associated with this domain. Pivoting on the SSL Certificate with thumbprint "ec5e468fbf2483cab74d13e5ff6791522fa1081b" we found domains like "sognostudio.com", "smartweb9.com" and others which were all attributed to Molerats APT group during past attacks.

Additionally, the subdomain “www.msupdata.com” also has a Passive DNS resolution to IP 185.244.39[.]165 which is also associated with Molerats APT group in the past.

Note: We didn't observe any activity related to the domain "msupdata.com" or it’s subdomain “www.msupdata.com” until this blog release.

Pivot on the Dropbox accounts

Note: Dropbox has confirmed the takedown of these accounts associated with the Molerats APT group.

Also, while analyzing the exfiltrated data from Dropbox accounts we found a screenshot of the attacker machine which was likely uploaded while the attacker was testing the malware. We correlated a number of artifacts and patterns with the file names visible from the snapshot to those used during the real attack. Moreover, from the snapshot the attacker seems to be using a simple GUI application to sync with the Dropbox account and display the victims list. In the victims list, the user name "mijda" is also present which matches with the name of document creator “mij daf” for all the documents we found during this attack. 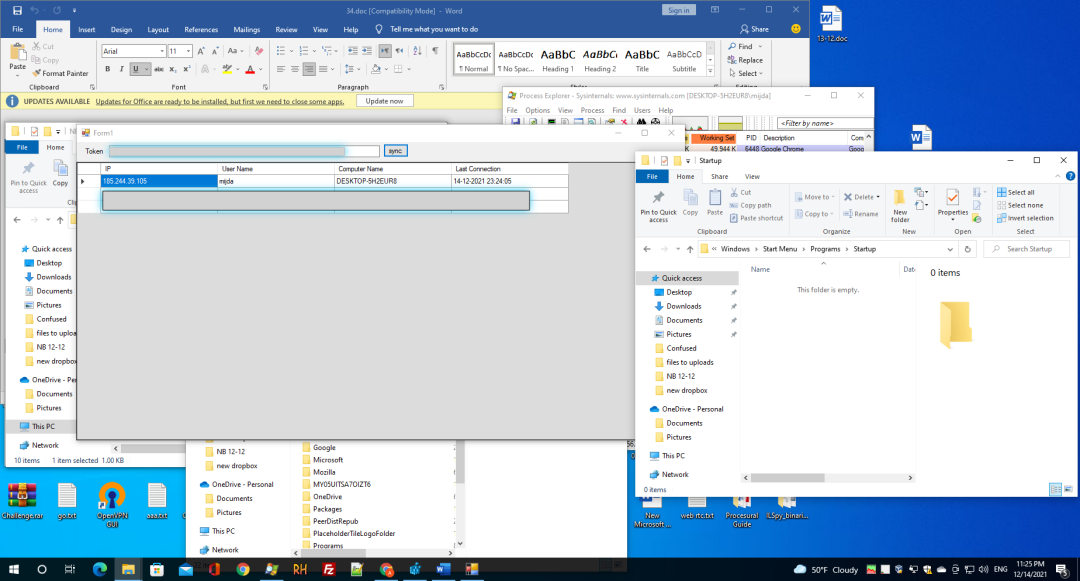 [+] Detection of the macro-based Document 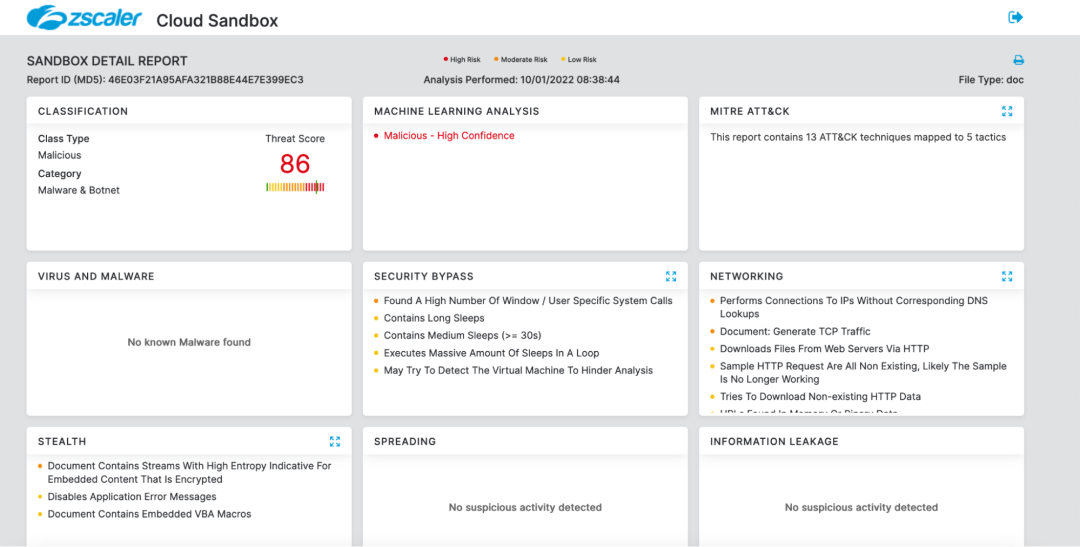 [+] Detection of the macro-based PowerPoint file 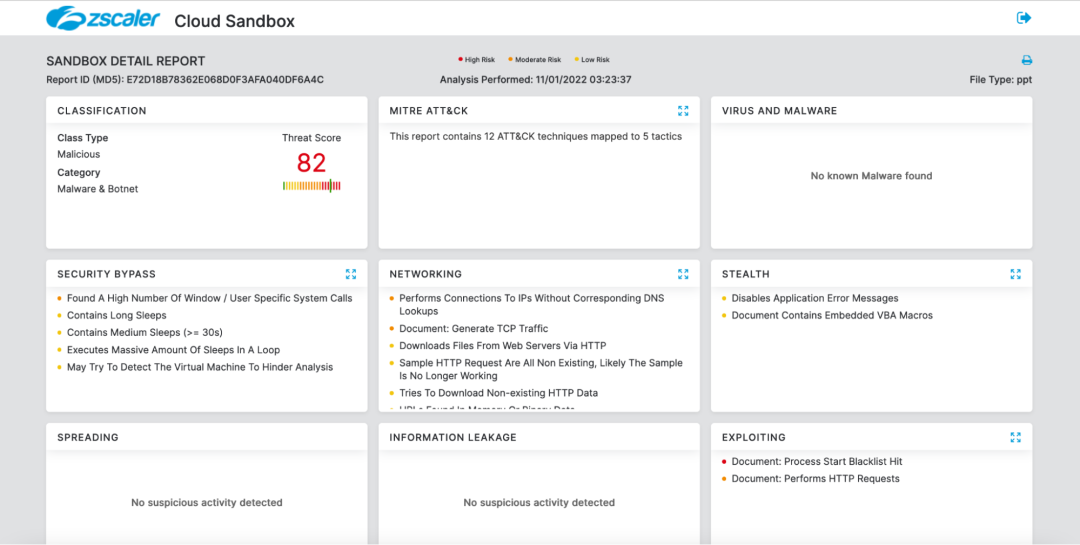 [+] Detection of the payload 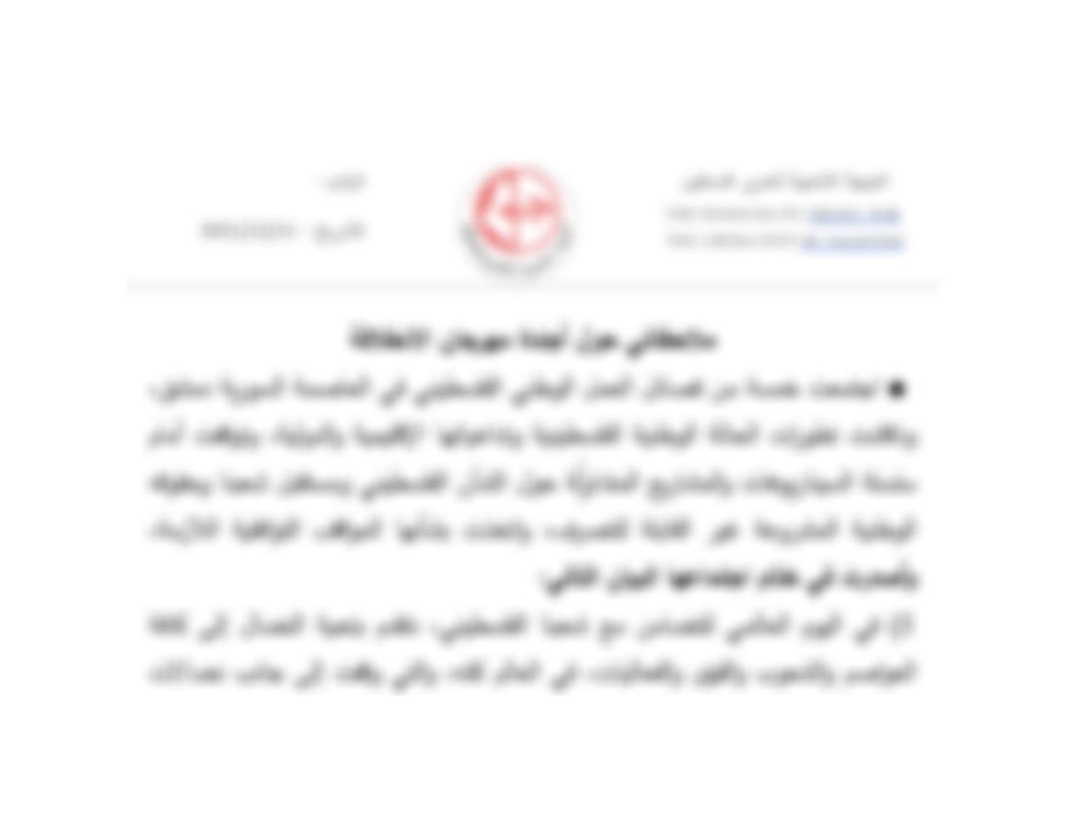 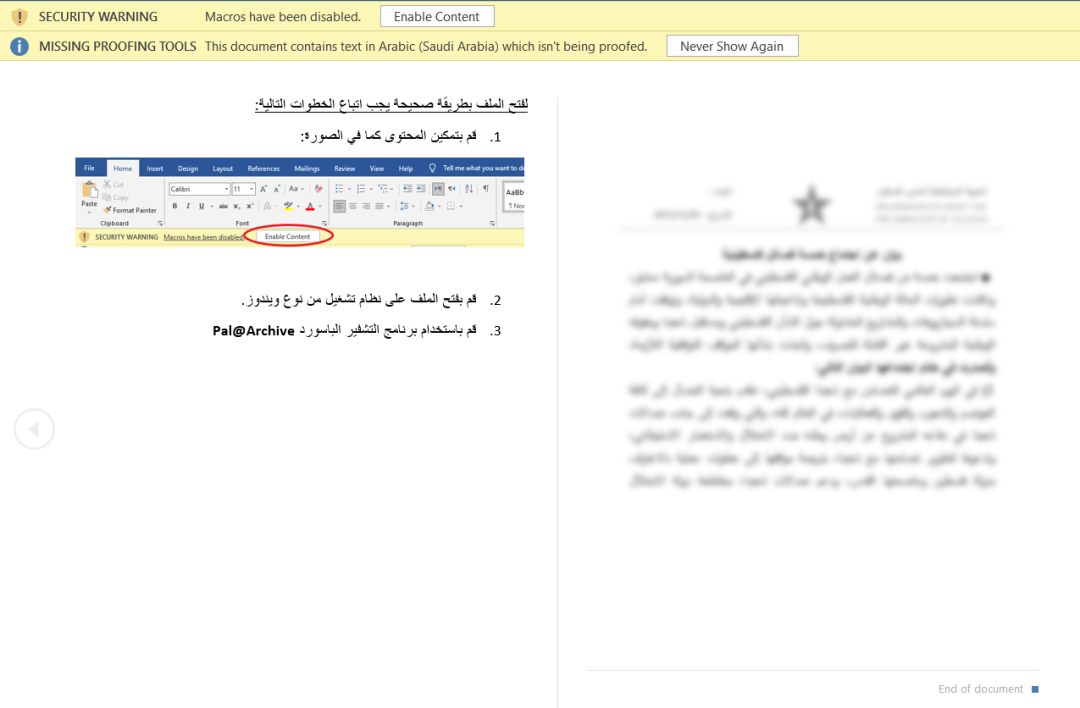