What Is a Remote Access VPN? A remote access virtual private network (VPN) is a network security technology that allows for remote worker authentication and access to applications and data residing in the corporate data center and cloud locations through an IPsec encrypted tunnel. When apps and data were primarily in the data center, VPN connections served as a means of offering secure remote access—even for those using public Wi-Fi. 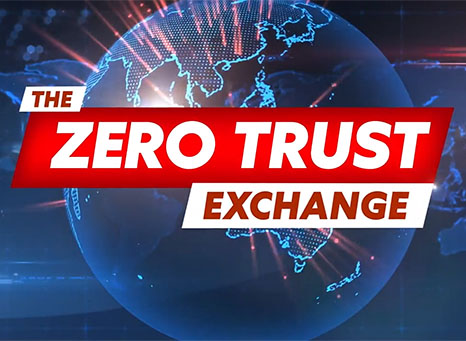 The short answer to this question is no. A remote access VPN works by creating virtual tunnels between an organization's network and a remote user, regardless of the user's location. This allows a user to access resources on the company’s network from any IP address, and it’s one of the most commonly used means of access control when it comes to users working from remote locations.

Remote access refers to an employee accessing resources offsite by any means, not just through a VPN client. Such access can be secured with remote access VPN solutions, but this can also be done with two-factor or multifactor authentication (2FA or MFA), zero trust security, and more—anything that will create secure connections for remote employees and keep hackers out.

At a glance, VPNs come with a high degree of utility. Their technology is designed to:

A remote access VPN is an adequate means of securing branch or remote employees on a smaller scale. When the odd employee or two needed to be out of the office to work remotely, companies could leverage a VPN service to deploy VPN client software that would let a remote user establish a secure connection from an endpoint sitting outside the network perimeter.

Back when everyone went to the office, companies would even employ site-to-site VPNs as a means of connecting two networks, such as a corporate network and a branch office network. In this way, VPNs can serve a variety of use cases, particularly as they pertain to keeping remote and branch office users away from internet traffic. As the remote workforce has taken shape, however, more and more companies are realizing that VPNs aren’t as secure as they need to be.

Traditionally, a remote access VPN was the gold standard for remote security, as encrypting the traffic between user and data center was enough to keep yesterday's attackers from viewing and obtaining sensitive information. This allowed users to securely access and use their organization's network and applications as if they were working on-site, at headquarters.

The way users work has changed, though, and with applications moving to the cloud, the perimeter has extended to the internet, rendering network-centric solutions such as remote access VPNs obsolete as they suffer from these modern pitfalls:

By today's standards, VPNs are incredibly vulnerable as attackers often use them to infiltrate and move laterally across an organization's entire network. In the next section, you'll see why there's a need to sunset VPN use in favor of a more robust, cloud-delivered security solution.

Why Is a SASE Approach Better Than a Remote Access VPN?

SASE is a framework identified by Gartner as the way to securely connect entities, such as users and devices, to applications and services when their locations may be anywhere. In its 2019 report "The Future of Network Security is in the Cloud," Gartner defined the SASE framework as a cloud-based security solution that offers "comprehensive WAN capabilities with comprehensive network security functions (such as SWG, CASB, FWaaS, and ZTNA) to support the dynamic, secure access needs of digital enterprises."

The top three benefits of adopting a SASE architecture in lieu of a remote access VPN include:

SASE is a key component of zero trust, which we’ll cover in the next section.

Zero trust network access (ZTNA) takes a user- and application-centric approach to private application access, ensuring that only authorized users have access to specific private applications by creating secure segments of one between individual devices and apps.

That means no more network access and no more lateral movement. Rather than relying on physical or virtual appliances, ZTNA solutions use software to connect apps and users to the cloud, where brokered microtunnels are stitched together in the location closest to the user.

Zscaler Private Access (ZPA) is a cloud service from Zscaler that provides seamless zero trust access to private applications running on the public cloud or within the data center. With ZPA, applications are never exposed to the internet, making them completely invisible to unauthorized users.

The service enables applications to connect to users via inside-out connectivity versus extending the network to them. Users are never placed on the network. This zero trust network access approach supports both managed and unmanaged devices and any private application—not just web apps.

Why Is ZPA Superior to a Remote Access VPN?

In contrast to VPN, ZPA is a modern, robust security solution that offers: