Please join our webcast for additional details regarding this attack.

Almost four months after the last major outbreak, we are seeing a new variant of Petya ransomware dubbed "Bad Rabbit," and it's impacting multiple businesses, primarily in Russia and Ukraine. There have also been reports of businesses impacted in Germany, Turkey, and other countries. The ransomware payload contains a self-propagation module designed to perform lateral movement across the corporate network upon successful infection, which makes this threat highly virulent. The initial infection vector appears to be two Russian news agency sites : fontanka[.]ru and interfax[.]ru. [UPDATE] We have found several other news and media sites (Russian, Bulgarian, Japanese, and others) that were compromised, leading users to a fake Flash Player installer payload. 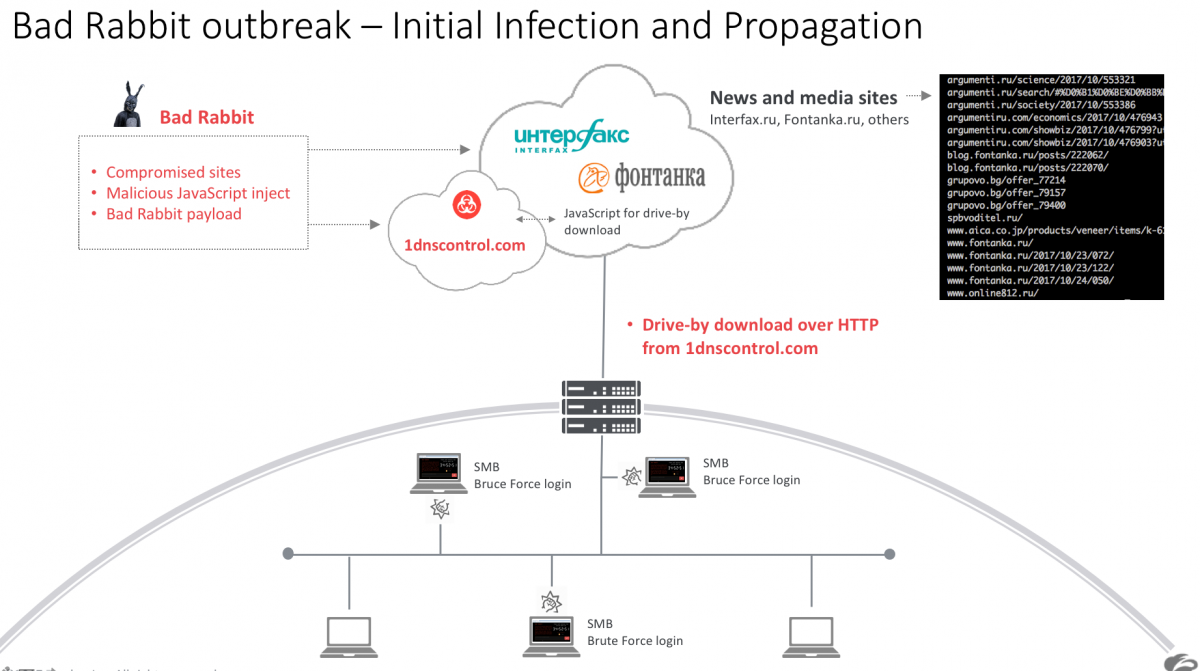 We saw multiple instances from this outbreak in the Zscaler cloud, and the new ransomware payload was flagged as malicious by the Zscaler Cloud Sandbox module. For this blog, we will analyze the attack cycle where the user was redirected from the fontanka[.]ru news site to another compromised site, as shown in Figure 2, which serves the ransomware executable payload.

Users visiting one of the compromised sites (on the day of outbreak) were prompted by a Flash update screen as shown below:

Once a user clicks the INSTALL button, the ransomware executable will be downloaded on the victim's machine. The payload will masquerade as Adobe Flash Player setup using the Adobe Flash installer icon, as shown below:

The executable payload is also signed using a fake certificate as shown below: 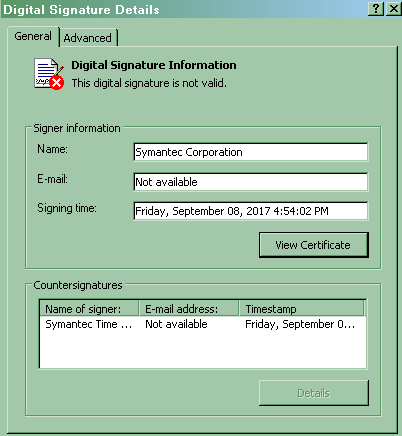 The fake Flash Player installer drops the main payload DLL file as "infpub.dat" in the Windows directory and executes it with the following arguments:

Infpub.dat is responsible for enumerating files on the infected system and encrypting any files that contain the following extension:

Bad Rabbit ransomware leverages AES encryption and uses CryptEncryptA API to encrypt the files on the infected machine. Unlike many other ransomware families, Bad Rabbit does not change the extension of the encrypted files; instead, the ransomware payload relies on a unicode string marker – "encrypted" – that is appended at the end of all the files that are encrypted.

The ransomware contains a list of commonly used username and passwords embedded in the payload. The payload will scan the internal network for any reachable SMB shares and will perform brute force authentication using the stored credentials.

Upon successful infection, the system will reboot and the end user will see the dreadful ransom screen: 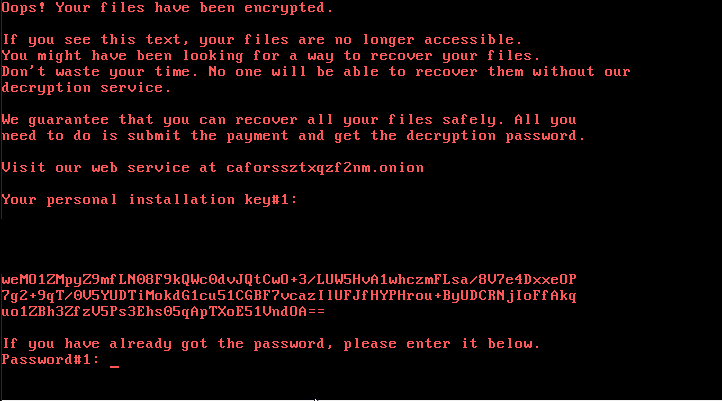 The onion site requests the user's personal installation key, so the user may receive the ransom amount and further instructions: 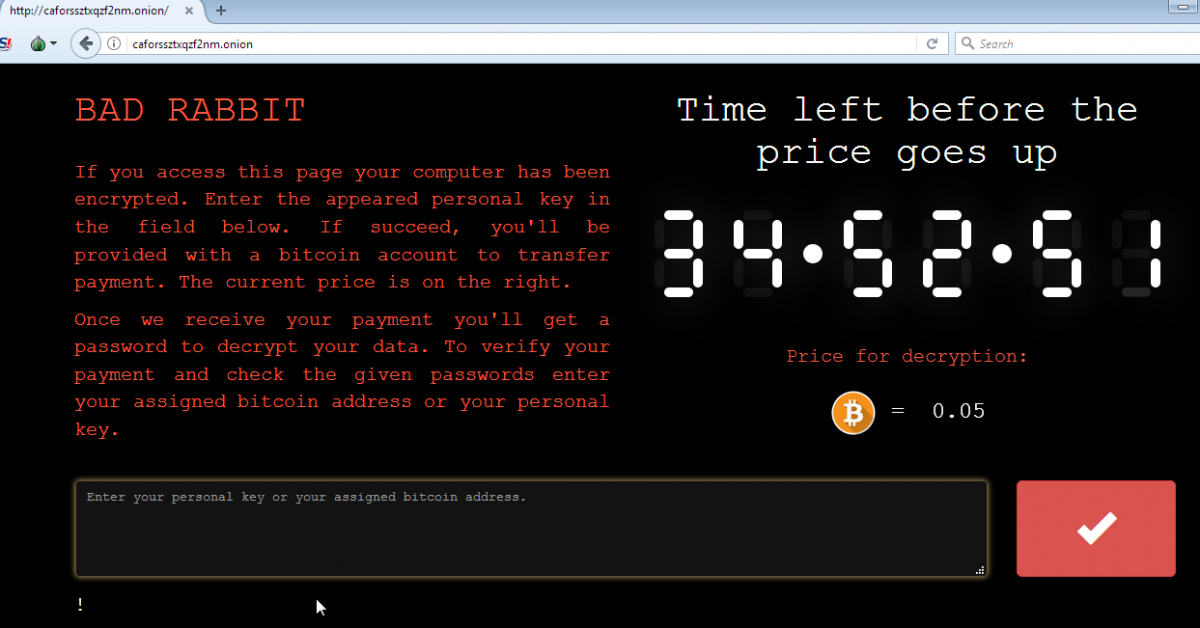 Zscaler ThreatLabZ is actively monitoring this threat and will continue to ensure coverage for Zscaler customers. We will continue to update this blog with additional information as we further analyze the payloads.