One month after the WannaCry outbreak, we have seen another widespread ransomware outbreak, possibly involving the Petya ransomware family variant. The initial vector has been confirmed to be a compromised software update package from MeDoc.  As we learn more, we will continue to update our blog.

Zscaler had generic signature coverage on one of the payloads involved and added multiple signatures and indicators for blocking other known payloads related to this attack.

Zscaler Cloud Sandbox provides the best line of proactive defense against these evolving ransomware strains. A Cloud Sandbox report for a sample payload run is shown below: 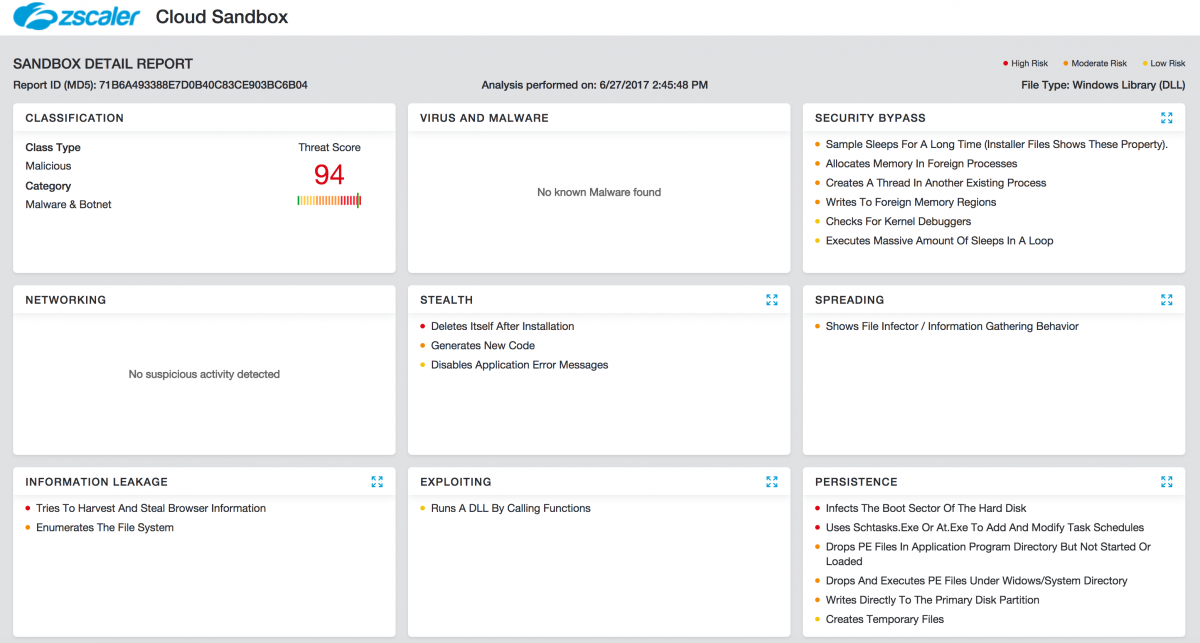 The initial infection vector was via a compromised custom software update package delivered over HTTP from MeDoc. The ransomware has a worm component that uses the Windows Management Instrumentation Command-line (WMIC) interface and the MS17-010 (EternalBlue and EternalRomance) exploits to propagate laterally over SMB.

We analyzed two unique payloads from this attack, both of which were Windows Dynamic-Link Library (DLL) files. These DLLs have an export function without a name; it is invoked using the ordinal value “#1” as shown below:

It is also important to note that these files were recently compiled as shown in the screenshot below:

Once executed, the ransomware payload will perform the following activity on the victim's machine:

The encrypted files will have same extension as before. 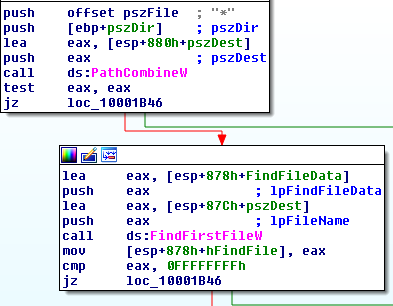 Figure 5: Scheduled task to reboot the system in one hour 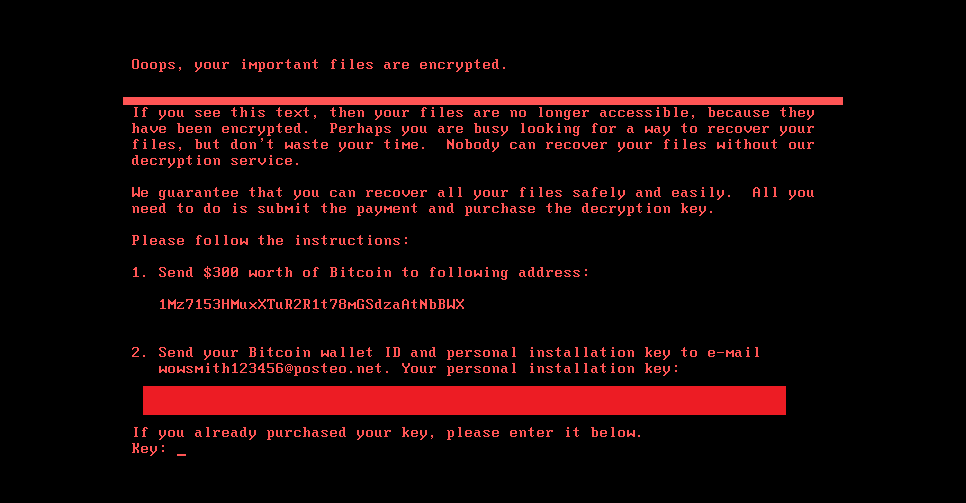 WannaCry started a new era of ransomware variants weaponized with a  mechanism for lateral movement. Petya authors went one step further by adding the WMI interface vector and we expect to see more variants in the coming months. This attack shows the importance of a multilayered security approach, and it highlights the gap that exists in applying security patches and securing internal systems (via network segmentation).

How to Protect Your Data from Ransomware and Double-Extortion