Skip to main content
Zpedia / What Is Cyberthreat Protection?

What Is Cyberthreat Protection? Cyberthreat protection is a category of security solutions designed to help security professionals defend systems and networks against malware and other targeted cyberattacks. Such attacks attempt to infiltrate systems or networks to disrupt services or steal data, often to turn a profit for the attackers. 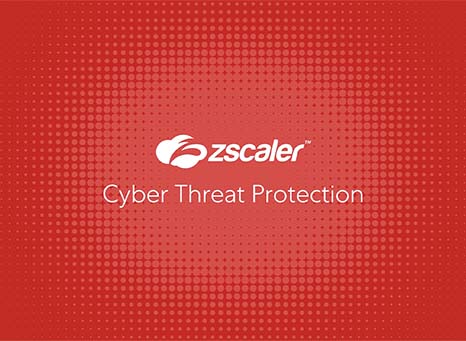 What’s a cyberthreat?
How to protect against threats
Best practices
How Zscaler can help

What Is a Cyberthreat?

Let’s start by looking at what makes something a cyberthreat.

In short, a cyberthreat is anything that can harm systems or data—and by extension, the people and organizations associated with them—through destruction, theft, alteration, disclosure, or denial of access/service. Cyberthreats can be intentional or unintentional, but unintentional ones—such as weak passwords or other security loopholes—are usually called vulnerabilities.

The Evolution of Cyberthreats

In 1971, engineer Bob Thomas created Creeper, a program that could move from one computer to another. Creeper was a proof of concept with no malicious functionality (all it did was render a teletype message, “I’M THE CREEPER. CATCH ME IF YOU CAN.”), but it arguably birthed the concept of cyberthreats—and with it, the concept of cybersecurity, as well.

Cyberthreats have come a long way since then, as data and digital property have become more valuable and widespread. Solitary hackers out for bragging rights have given way to organized cybercrime enterprises out for profit. Quaint programs like Creeper have given way to sophisticated software and techniques that support various malicious ends. Let’s take a quick look at some of today’s common threats:

There are plenty of other types of attacks, and as cloud technology and the internet of things (IoT) continue to evolve and change shape, threats do the same. In short, when a new attack surface appears, it’s never long before it becomes a target. What’s more, just as cybersecurity companies continue to innovate counter-threat technology, bad actors are devising new ways to infiltrate targets without being detected.

Where a threat originates from depends on the nature of the victim organization, the kinds of data it deals with, and the attacker’s motives. For instance:

External factors and security-specific threats are converging to influence the overall security and risk landscape, so leaders in the space must properly prepare to improve resilience and support business objectives.

How to Protect Against and Identify Cyberthreats

Industries and businesses that hold more sensitive data, or that attackers perceive as able to pay higher ransoms, represent more valuable targets. However, all organizations should take preventive measures as these attacks become more prevalent.

Today’s complex environments give attackers a wide variety of entry points, and no single security product is enough to cover them all. For effective cyberthreat protection, modern organizations need:

Zscaler: The Best Defense Against Cyberthreats

Legacy security architectures based on appliances and centralized hub-and-spoke networks can’t protect you in the modern threat landscape. Appliances are slow to update and subject to inherent performance limitations. Beyond that, it’s far too expensive to replicate a complete security stack at multiple branch offices. Critically, traditional security can’t extend your security policies to a hybrid workforce made up of users who expect to be able to work from anywhere.

The scalable, flexible protection you need can only come from a cloud native zero trust platform. Cloud native means built for the cloud—not just a virtual instance of a traditional appliance, subject to the same inherent limitations. Zero trust means putting aside the idea that your network perimeter defines what’s secure and what isn’t in a world where that perimeter has disappeared.

The only true cloud native zero trust platform is the Zscaler Zero Trust Exchange™. Powering a complete security service edge (SSE), it connects your users, workloads, and devices without ever putting them on your network.

The Zero Trust Exchange is a fundamentally different approach to cyberthreat protection, with unmatched attack surface reduction and AI-powered advanced threat protection. Users, devices, and workloads connect directly to the resources they need, with inline security controls that operate at the speed of the cloud. These capabilities help you:

To learn more about the Zero Trust Exchange, visit our platform page.

To find out what a successful zero trust architecture looks like, check out Seven Elements of Highly Successful Zero Trust Architecture.