Deep Dive into the M00nD3V Logger

ThreatLabz observed a multifunctional information-stealing trojan named "M00nD3V Logger'' that is being dropped by a multistage loader. Due to its multiple stealing features, M00nD3V Logger has gradually gained popularity on hacking forums.

Recently, Blueliv published a blog discussing the relationship of M00nD3V with the HawkEye stealer, along with information about the bad actor selling M00nD3V.

M00nD3V Logger is also equipped with other major functionality, including a botkiller, an antivirus killer, communicating over SMTP/FTP/proxy, downloading additional plugins, and the BouncyCastle crypto package. These mechanisms makes this logger unique and popular on hacking forums. 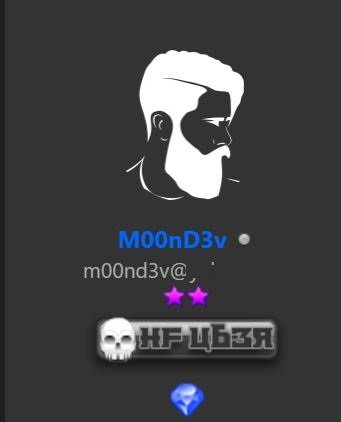 During our research, we found M00nD3V was delivered via spam mail or through a compromised website that drops a payload on the victim's machine. One such spam mail claims to be from "Hyundai Heavy Industries Co., Ltd" regarding a bid on a project for Qatargas. The spam mail includes ZIP attachments that contain malicious executables.

In this blog, we will provide a detailed technical analysis of commercial M00nD3V Logger malware.

Delivering malware without triggering any suspicious activity while blending into an existing benign Windows process makes detection a bit harder. Here, the M00nD3V malware does one such trick to deliver its payload without getting easily noticed.

Figure 4 shows the post execution of the malware. In case of an allowlisted application, the endpoint antivirus will not trigger any malicious activity. Hence, the malware can do its job on the fly without getting caught. The malware also runs by elevating its own privileges.

The malware unpacks the encrypted payload using multibyte XOR decryption. While unpacking, the malware also uses null bytes in the XOR key. Hence, a few bytes are not actually ciphered.

The key length is 24 bytes.

Even though key length is 24, the malware uses only the first 16 bytes to decrypt the resource section of the encrypted data. The above decryption routine results in a .NET PE file. In this dumped file, there is also a similar XOR routine to decrypt the data but with a different key to run the final payload.

We have written a Python script to decrypt the encrypted payload, which can be found in Appendix I and Appendix II.

StubConfig Class contains the configuration details - some of them are initialized with Base64 values while others are hardcoded.

Before starting to log user data, the M00nD3V Logger initializes its configuration. The initialization phase includes several checks, such as an anti-debugger, a bot killer, an antivirus killer, and more. Figure 7 shows the initialization module. 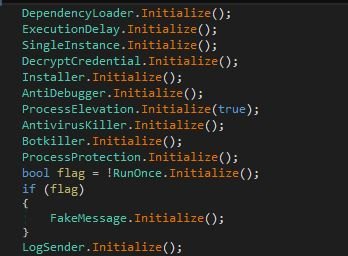 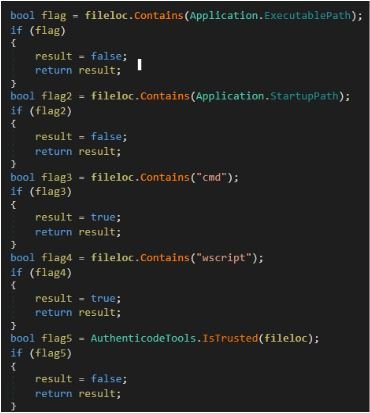 Figure 12: Malicious checks of the file.

Before starting to log the stored credentials and other personal data, it checks whether the malware was previously installed or not on the victim's machine by looking for a specific file name with a combination of Processor Id and Volume Serial Number in the temp directory. If the file is not present, then it creates and writes Rijndael256 encrypted data, which is a combination of the current executable path and the hardcoded StubConfigEncryptionKey, and then shows a fake message box to fool the victim.

The malware has three kinds of communication methods to send logged data: SMTP, FTP, and proxy. But this stub is configured to use only and send data over SMTP only.

The Stub starts its core stealing functionality by sending full victim machine information, as shown in Figure 15, to the attacker over SMTP port 587

The malware communicates with the attacker over SMTP using port 587.

The malware crafts an email with the captured details shown in Figure 16 and sends it to the attacker. The attackers use "smtp.privateemail.com" service to transfer the captured data.

The LogTypeName mentioned below is used to tag the data to inform the attacker what module it is running currently.

While uploading data over FTP, it first converts plain text data to bytes and creates FTP requests by configuring all the FTP request fields (i.e., ftp_host, credentials, method). The value for all these fields is set from the Stub configuration class. The FTP method used to upload files is "STOR".

The malware sets the proxy URL from the config class and uploads the below-mentioned data using the POST method.

The values encrypted with Rijndael256 where the key is the Proxy Key, which is configured in the Stub config class.

Each stealing module runs independently with individual threads, as shown in Figure 20. 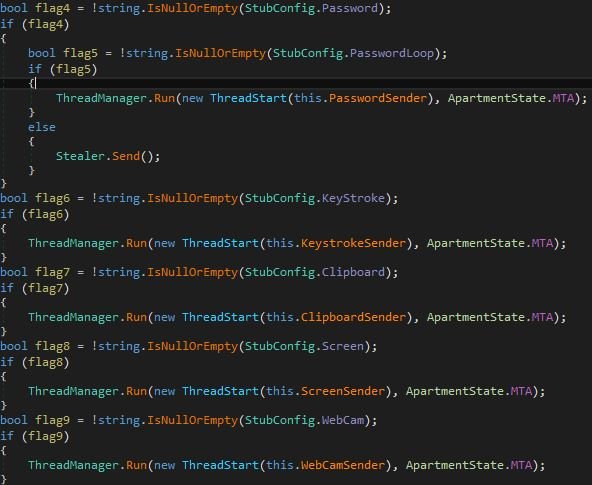 Password stealer: M00nD3V Logger has the capability to steal passwords and cookies from all possible browsers and email clients, as well as FTP clients.

Interestingly, the malware has three separate classes named "ChromiumProvider", "MailProvider", and "MozillaProvider" as shown in Figure 21. Each provider has a functionality to retrieve and decrypt the password for the application that is assigned to that provider. 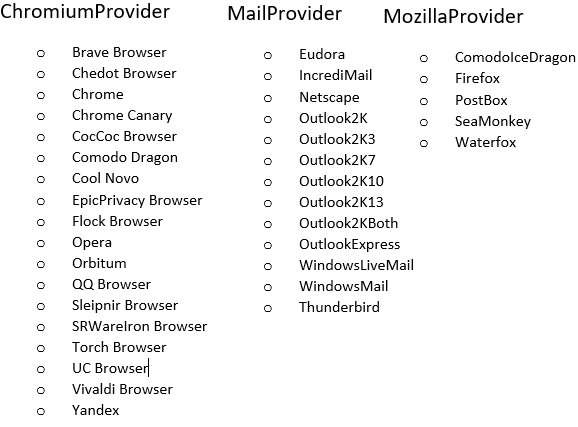 The collected passwords are sent to the attacker over SMTP.

The malware has the capability to secretly access the device's webcam and capture the image. The malware copies the captured image onto the clipboard, extracts the image from clipboard, then saves it in the temp directory. To send stolen images over SMTP, it reads the image path and attaches the .bmp image as an email attachment with a personalize the subject line, such as "Dear M00nD3v user Please find the attachment of Webcam. Regards M00nD3v"

Similarly, the other modules named keystrokes, clipboard, and screen sender, execute with individual threads and send stolen data to the attacker, then sleep for some period of time before repeating the same stealing process.

Figure 24: The Zscaler Cloud Sandbox report for the M00nD3V Logger.

The following is the advanced threat protection signature released for detecting the malware: