Zscaler’s CISO for Europe Chris Hodson sat down with The Cloud Security Alliance’s Richard Morrel at InfoSEC London to discuss the concerns many companies have about moving their security infrastructure to the cloud, specifically the misconception that you have to concede capabilities or have a different security posture in the cloud than we do on premises, and particularly taking on the notion that we have less control and a diminished ability to manage risk and compliance in the cloud.

Hodson addressed several  preconceptions about the public cloud that he often encounters with enterprise customers; chief among those concerns is a  lack of visibility and control in public cloud.“There is an assumption that we cannot enforce the same rigor around compliance, legislation, or technical controls, when in fact you can probably enforce more,” said Hodson. Cloud providers, he argues have to be more proficient at security because their entire brand is predicated on ensuring security and data privacy to their customers. 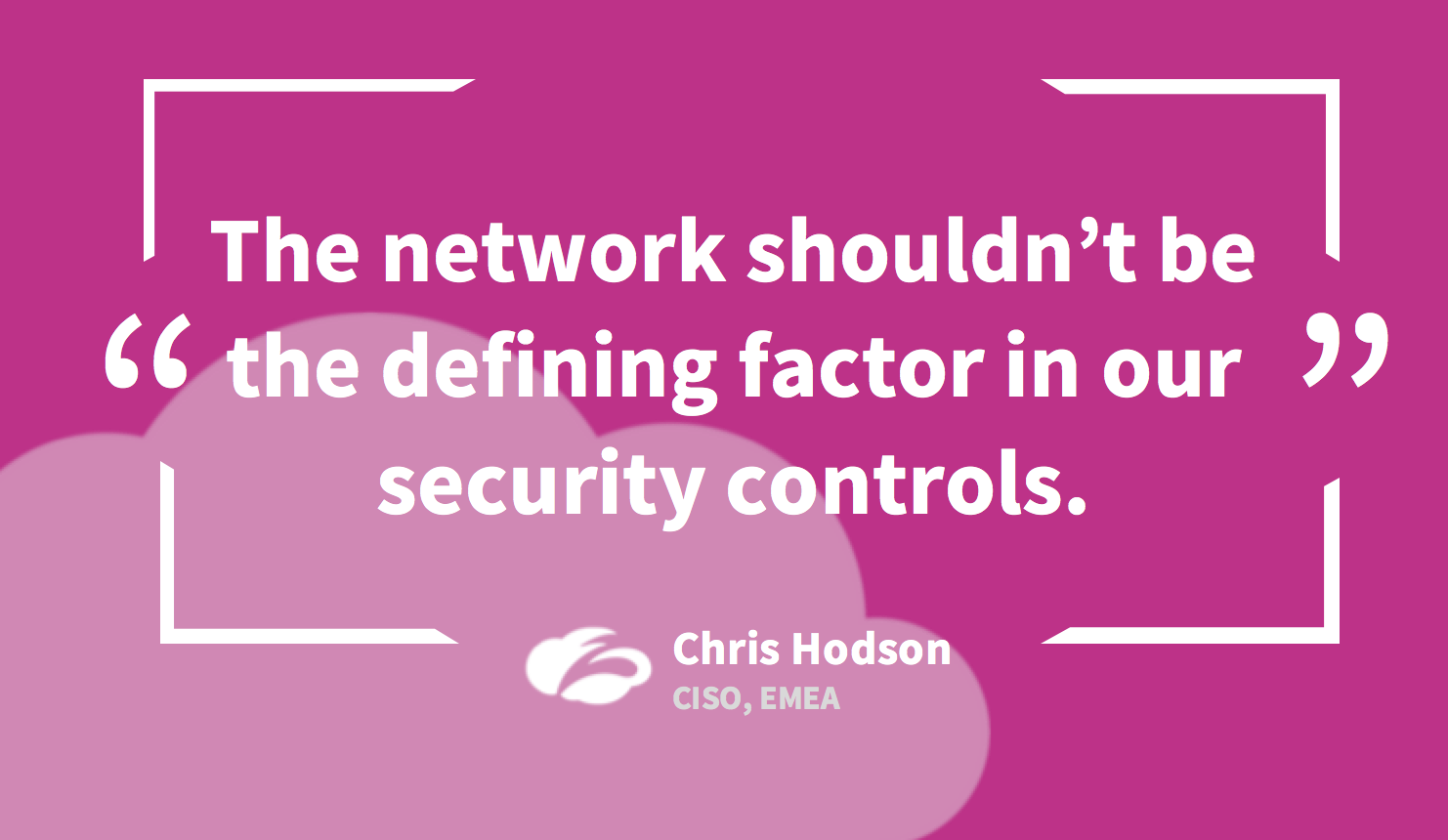 The Cloud Isn’t the Black Box

"It's about going into things with your eyes open," says Hodson. "It's about ensuring that if some protection  is required, that  when your data is secured in your data center with some blinking lights that you can look at, that you have those same capabilities when it's in the cloud."

While ten or fifteen years ago the cloud may have appeared as this mysterious "black box that you have no control over," today’s technology has evolved to provide better visibility and controls than most companies have in their data center. .

What is true, Hodson points out, is that the more appliances you have, the less visibility you will have into the network. IT decision makers must find a balance between the technical value added and their level of visibility. "Everyone talks about this 80/20, especially from the more progressive CISO's where visibility is much important than maybe a technical capability I'll never use," according to Hodson.

How Zscaler Solves the Problem

"If you put multiple power generators and put them in a garage, you wouldn't call that a power plant," says Hodson, "The architecture isn't right, it isn't scalable, it isn't cost effective, isn't efficient."

Similarly, Zscaler isn’t pieced together by a combination of “hybrid” and legacy appliance solutions.  The technology “was born in the cloud for the cloud." It's about not letting your network or location define your security. Zscaler enables our users by letting them connect to their important information regardless if they are in an office or on a mobile device at a Starbucks.

With Zscaler you don’t have to worry about “pizza box architecture,” where appliance after appliance are stacked on each other. With a proxy architecture, there are no stacked appliances overcrowding your cloud, your CISO’s and CIO’s have more visibility.

Listen to Chris, and what he as to say about “pizza box architectures”,  in the full conversation with Rob Morell here.